By the grace of Allah عَزَّوَجَلَّ, Dawat-e-Islami has conveyed its Madani message to almost 200 countries of the world. It is also rendering services to Sunnah in more than 103 departments. Please have glimpses of the Madani activities of a few departments:

On the 10th, 11th and 12th February, 2017 [Friday, Saturday and Sunday] a 3-day Tarbiyyati Ijtima’ of Education Department will be held at global Madani Markaz, Faizan-e-Madinah, Bab-ul-Madinah, Karachi. In this Ijtima’, different preachers of Dawat-e-Islami and the Nigran of Markazi Majlis-e-Shura Maulana Abu Haamid Muhammad Imran Attari will give attendees the Madani pearls of Tarbiyyat.

The 3-day Tarbiyyati Ijtima’ of Majlis for Reformation of Actors, Majlis for Reformation of Players and Madani Channel Relay Majlis was held on 4th, 5th and 6th January, 2017 at global Madani Markaz Faizan-e-Madinah, old Sabzi Mandi, Bab-ul-Madinah, Karachi. In this Tarbiyyati Ijtima’, the founder of Dawat-e-Islami, ‘Allamah Maulana Muhammad Ilyas Attar Qaadiri دَامَـتْ بَـرَكَـاتُـهُـمُ الْـعَـالِـيَـه, Muftis of Dar-ul-Ifta Ahl-e-Sunnat, Nigrans of Markazi Majlis-e-Shura and the members of Shura persuaded [the Islamic brothers of the above-mentioned Majalis] to propagate the call towards righteousness in these departments. They also gave the beautiful Madani pearls of Tarbiyyat.

On 31st December, 2016, 208 female students were privileged to complete the 25-month Faizan-e-Shari’at Course in Pakistan and abroad.

Madrasa-tul-Madinah  (for Islamic brothers and sisters)

20677 Madani children (boys and girls) were privileged to complete Hifz and Nazra of the Holy Quran.

Up to now, 2375 campuses of Madrasa-tul-Madinah (for Islamic brothers and sisters) have been established in Pakistan. In these campuses, 110369 Madani children (boys and girls) are getting free education of Hifz and Naazirah of the Holy Quran.

Certificate distribution Ijtima’ of Madrasa-tul-Madinah will be held on 29th January, 2017 (Sunday) around about 11:15 am. In this Ijtima’, the Nigran of Markazi Majlis-e-Shura Maulana Abu Haamid Muhammad Imran Attari will deliver a special speech. This speech will be telecast live on Madani Channel. Madani children (boys) along with their guardians will be privileged to listen to this speech at 330 venues of all four provinces. Members of Shura, Nigrans of Kabinat and Nigran-e-Kabinah will attend the Ijtima’ at different venues and will also distribute certificates among the students.

Under the supervision of Madrasa-tul-Madinah Online for Islamic sisters, 951 Islamic sisters of 84 countries [Pakistan and abroad] are gaining the knowledge of Fard ‘Uloom along with the Quranic education.

Under the supervision of Department for Madani Tarbiyyat Centres (Islamic sisters) different courses of 12 days for Islamic sisters run almost the whole year. During the last month, Faizan-e-Namaz Course was offered in 4 cities of Pakistan - Rawalpindi, Gulzar-e-Taybah (Sargodha), Gujrat and Sardarabad (Faisalabad), whereas Special Islamic Sister Course (a sign language course) was offered in Bab-ul-Madinah Karachi. These courses were attended by 133 Islamic sisters. Until now, Faizan-e-Quran Course is running in Zamzam Nagar Hyderabad along with the above-mentioned 5 cities which are being attended by 168 Islamic sisters.

Majlis for Reformation of Prisoners

Faizan-e-Quran Hall was inaugurated on 21st January, 2017 (Saturday) at District Jail Okara. On this occasion, the minister of jail Malik Ahmad Yar Hanjara and the jail staff were also present. This hall has a library (consisting of books and booklets of Maktaba-tul-Madinah), a computer class, a Naazirah class, a Qa’idah class and a Hifz class. Approximately 200 prisoners are receiving education in this hall.

In November 2016, Al-Haj, Abu Usayd ‘Ubayd Raza Attari Madani – Ameer-e-Ahl-e-Sunnat’s successor and his elder son – visited Hong Kong. He was accompanied by a concerned member of Shura. During his stay in Hong Kong, the beloved son of Ameer-e-Ahl-e-Sunnat performed the following Madani activities: (a) He gave the Madani pieces of advice to the Madani children and the teachers of Madaris-ul-Madinah. (b) He participated in the Meelad procession along with a huge number of devotees of Rasool. (c) A great number of Islamic brothers repented of sins and became the disciples of Ameer-e-Ahl-e-Sunnat دَامَـتْ بَـرَكَـاتُـهُـمُ الْـعَـالِـيَـه through him. (d) During the weekly Sunnah-inspiring Ijtima’ held in Tsuen Wan – a city of Hong Kong – he delivered a speech attended by a lot of devotees of Rasool. A non-Muslim was also present in the Ijtima’. The non-Muslim listened to the speech and, by the grace of Allah عَزَّوَجَلَّ, he embraced Islam.

The beloved son of Ameer-e-Ahl-e-Sunnat gave him the Islamic name ‘Muhammad’ and another name ‘Meelad Raza’ so that others call him ‘Meelad Raza’. The new Muslim ‘Meelad Raza Attari’ remarked, ‘It looked as if the speech was being delivered particularly to me. The words of the speech touched my heart. Words cannot simply express my feelings’.

اَلْـحَمْـدُ لـِلّٰـه عَزَّوَجَلَّ! Like many other countries of the world Madani activities of Dawat-e-Islami are also flourishing in USA. By the efforts of Khuddam-ul-Masajid (A Majlis of Dawat-e-Islami) many Madani Marakiz (centres) have been established in various major cities of USA, e.g., New York, Baltimore, Atlanta, Miami, Chicago, Bloomington, Dallas, Houston, Sacramento and Woodland.

Further efforts are being carried out to build Madani Marakiz and Masajid in other cities too. A land having a covered area of 2.5 acres has been purchased in Baltimore, a city of State Maryland. It consists of a constructed building having a covered area of approximately 24,000 square feet. اِنْ شَــآءَالـلّٰـه عَزَّوَجَلَّ after making necessary renovation, this place would be used for Masjid, Madrasa-tul-Madinah, Jami’a-tul-Madinah, Dar-ul-Madinah, Tanzeemi Makatib (administration offices) etc. In addition to this, a place for giving bath to the deceased would also be built.

On the occasion of the opening ceremony of Faizan-e-Madinah, Baltimore in November 2016, a Sunnah-inspiring Ijtima’ and a 3-day Madani Qafilah Tarbiyyati (training) Ijtima’ was also conducted under the Majlis Madani Qafilah. These Ijtima’aat were attended by the members of U.S. Mushawarat (advisory committee), Nigran of Kabinah, members of Kabinah and Islamic brothers from various cities of USA. The members of Majlis-e-Shura also imparted training via telephone and video discourses.

A Juloos of Meelad (Meelad procession) was carried out on 18th Rabi’-ul-Awwal 1438 AH, in the surroundings of City Hall, Baltimore, which concluded with the Bayanaat (discourses) of Muballighin (preachers) of Dawat-e-Islami. Du’a and Salat and Salam were also offered in the end. The stalls of Ta’wizaat ‘Attariyyah are available  in most of the Madani Marakiz of USA. Now اَلْـحَمْـدُ لـِلّٰـه عَزَّوَجَلَّ everyone can enquire for Istikharah via local phone no. 475-999-2526 on Tuesday, Wednesday and Thursday from 2:15 pm to 4:00 pm Central Time (CT). Islamic sisters are not allowed to call for Istikharah. By the individual efforts of Dawat-e-Islami’s Muballigh (preacher) recently, a non-Muslim in Tampa, Florida embraced Islam. He was assigned an Islamic name ‘Ahmad Raza’.

A site has been acquired for the Madani Markaz of Dawat-e-Islami in a city of Holland - a European country. The payment for the site is yet to be made. In order to commence Salahs and Madani activities at the newly-acquired site for the Madani Markaz, an inaugural Sunnah-inspiring Ijtima’ will be held there on 4 February, 2017.

In the Dhaka city of Bangladesh, a 3-day remarkable Sunnah-inspiring Ijtima’ of Dawat-e-Islami was held on 28, 29 and 30 December, 2016. Moreover, a similar 3-day Ijtima’ was also held in the Ahmadabad city of Hind (Gujrat province) on 2, 3 and 4 December, 2016. Countless devotees of Rasool attended these Ijtima’aat. Besides the recitation of the Holy Quran, Hamd and Na’at, many speeches on different topics were also delivered by the preachers of Dawat-e-Islami including the Nigran and the members of Shura. During the Ijtima’, the devotees of Rasool were provided with the facility of Wudu area and toilets. Food stalls were also set up.

On the third day, the Ijtima’ culminated [i.e. ended] with Salat-o-Salam. Brilliant and prominent scholars, saints and spiritual guides from all over the country attended the Ijtima’ and expressed their views broadcast on the Madani Channel. Political and social figures also attended the Ijtima’. After the Ijtima’ ended, a large number of devotees of Rasool travelled with 3-day, 12-day and one-month Madani Qafilahs. Many Islamic brothers also enrolled for the 63-day Madani Tarbiyyati Course.

By virtue of the individual effort made by a preacher of Dawat-e-Islami who was a devotee of Rasool as well as a traveller of a Madani Qafilah; a non-Muslim embraced Islam in Uganda. The new Muslim was given the Islamic name ‘Muhammad’. He was also given another name ‘Yahya’ so that people call him ‘Yahya’. In order to learn obligatory Islamic teachings such as Wudu, Ghusl, Salah-related rulings and to gain Islamic knowledge, Muhammad Yahya Attari intended to attend the Madrasa-tul-Madinah for adults at a Jami’ Masjid in Uganda.

In Hind, female students aged between 9 and 12 were offered a 7-day ‘Faizan Ghaus-e-A’zam Course’. Another 7-day ‘Faizan Sahabiyyat Course’ was offered at 11 places. It was attended by female students aged between 13 and 19. In the Ashrafi Kabinat of Hind, a ‘3-day Madani Activity Course for Islamic sisters’ was held from 23 to 25 December, 2016. Furthermore, a 92-day Madani Qa’idah and Naazirah Course for Islamic sisters has also started since 2 January, 2017.

Different courses in Australia and UK

In Australia, female students aged between 9 and 12 were offered a 7-day ‘Faizan Ghaus-e-A’zam Course’ in the English language. Another 7-day ‘Faizan Sahabiyyat Course’ was also offered in the English language. It was attended by female students aged between 13 and 19. The same course was also offered in UK. In Roshdale, UK, a ‘3-day Madani Activity Course for Islamic sisters’ was also held from 30 December, 2016 to 1 January, 2017.

Different courses in Bangladesh and Oman

By the grace of Allah عَزَّوَجَلَّ! With the intention of promoting Sunnah, the respected daughter of Ameer-e-Ahl-e-Sunnat travelled to Bahrain and stayed there from 23 December, 2016 to 2 January, 2017. During her stay, she participated in different Madani activities. Making individual effort, she motivated Islamic sisters to perform various Madani activities such as delivering home Dars, teaching or learning at the Madrasa-tul-Madinah for adult Islamic sisters and watching the Madani Muzakarah broadcast live. 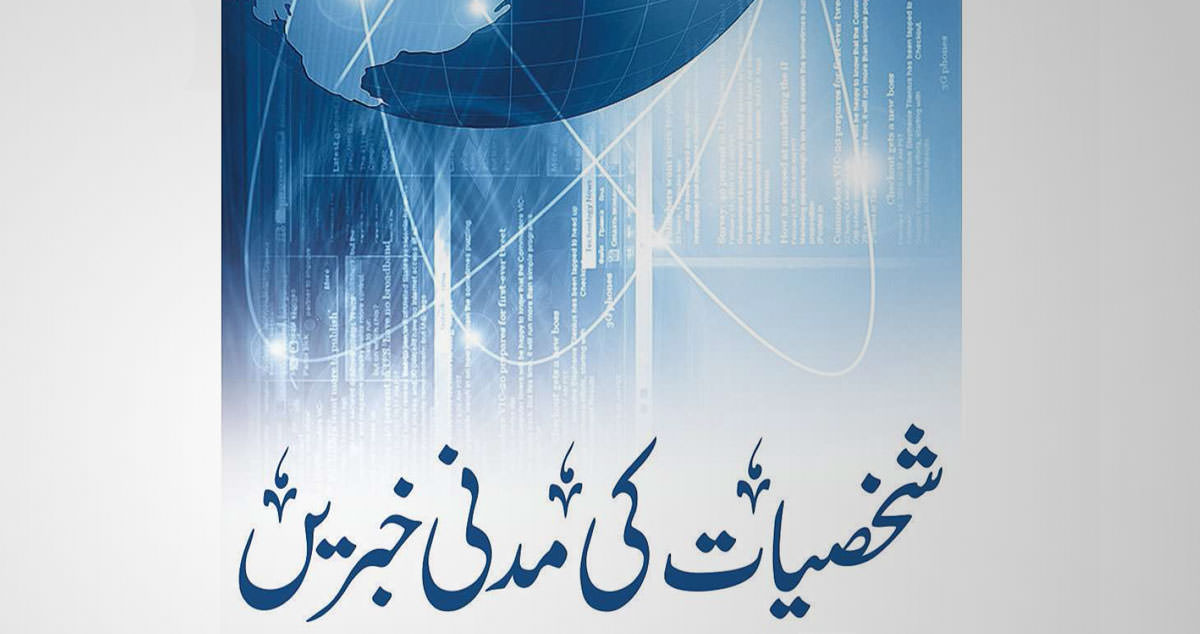 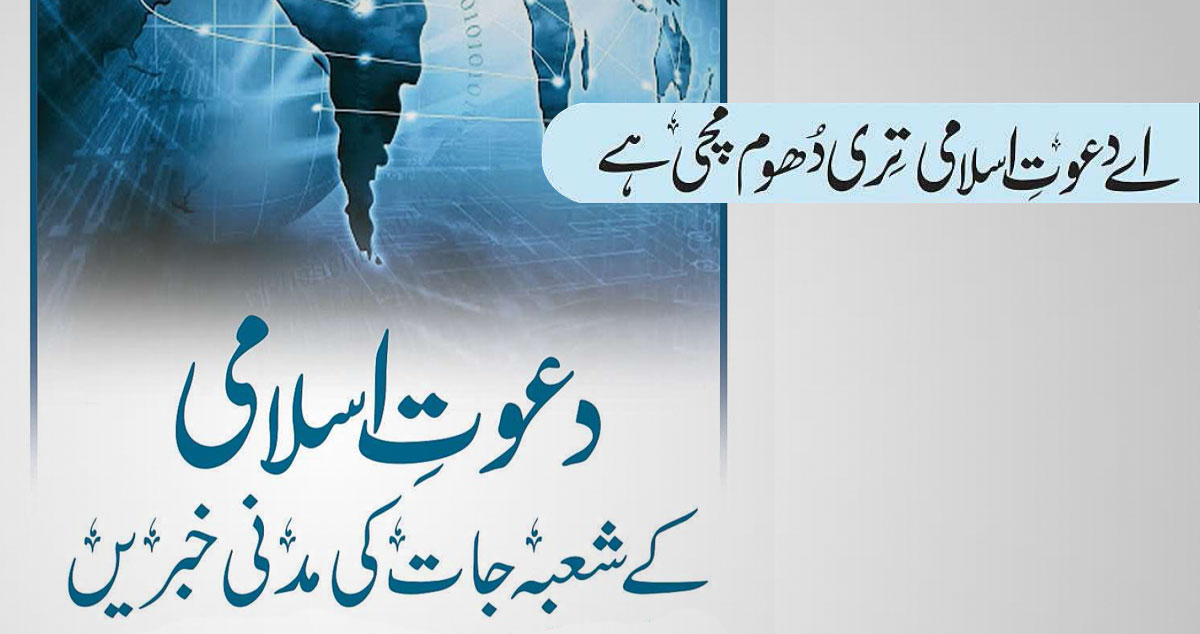 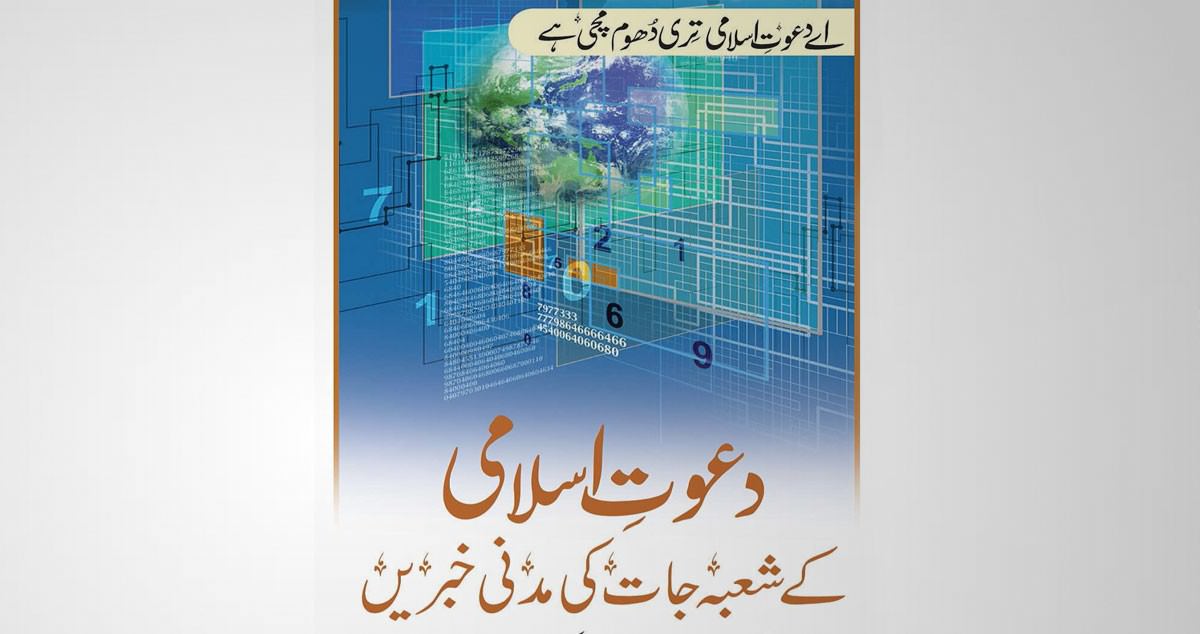 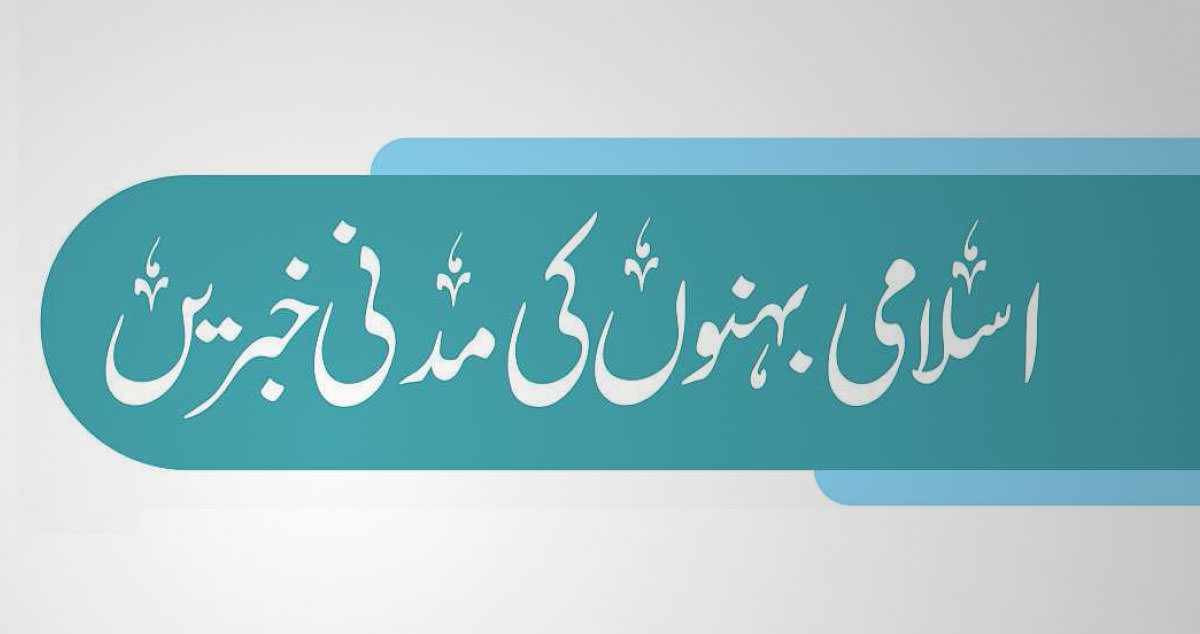 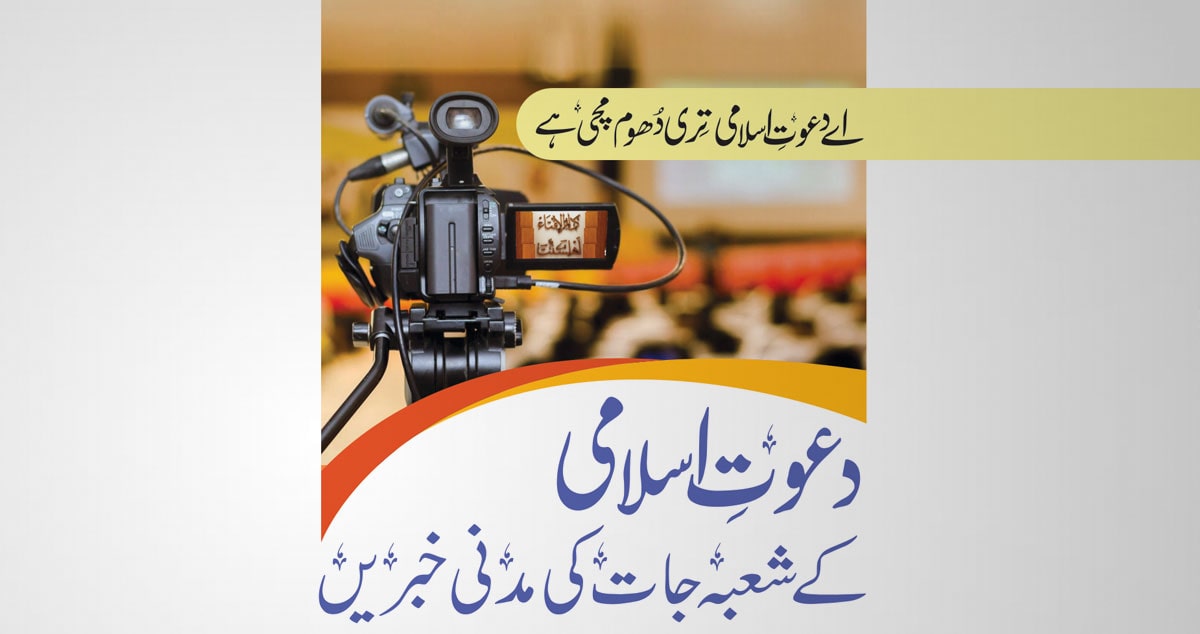 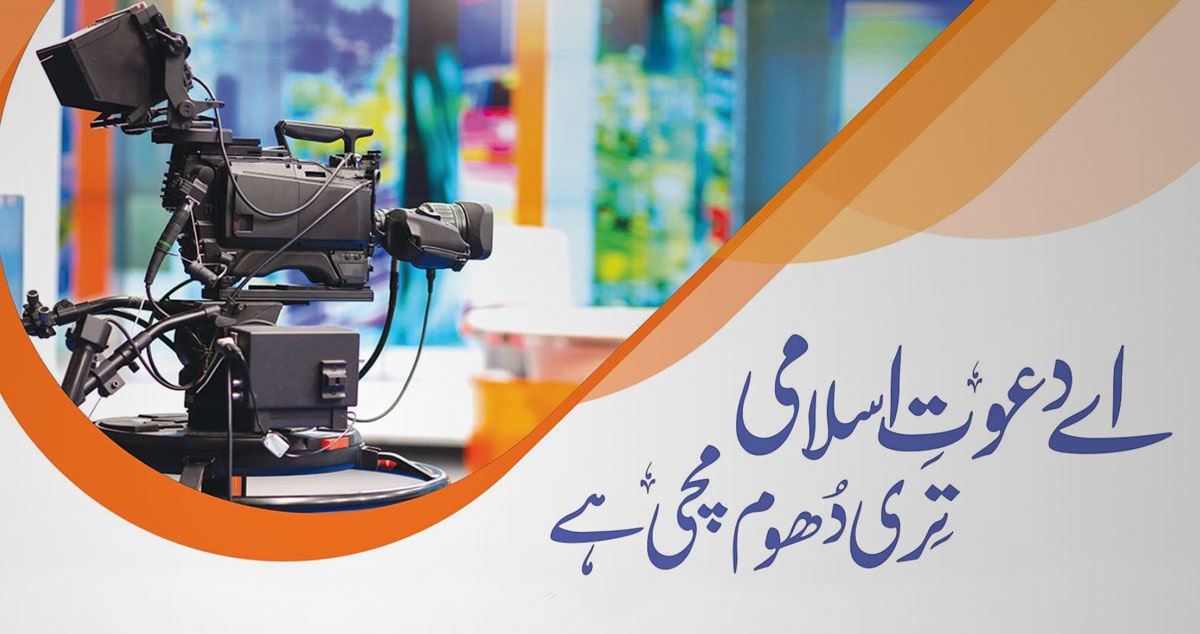 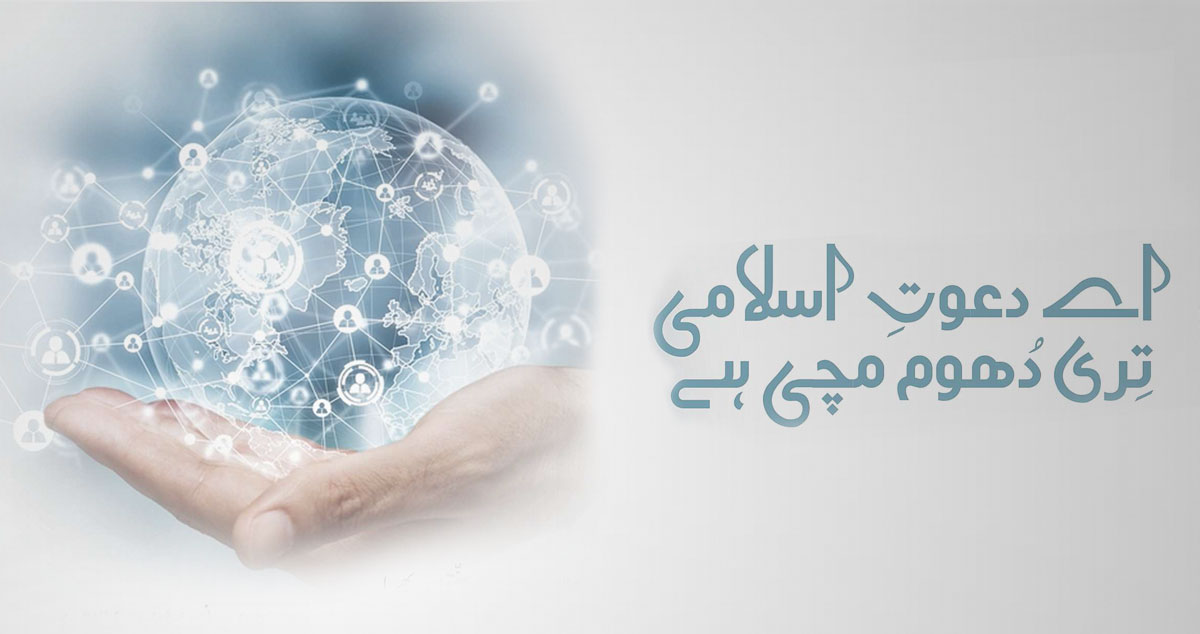 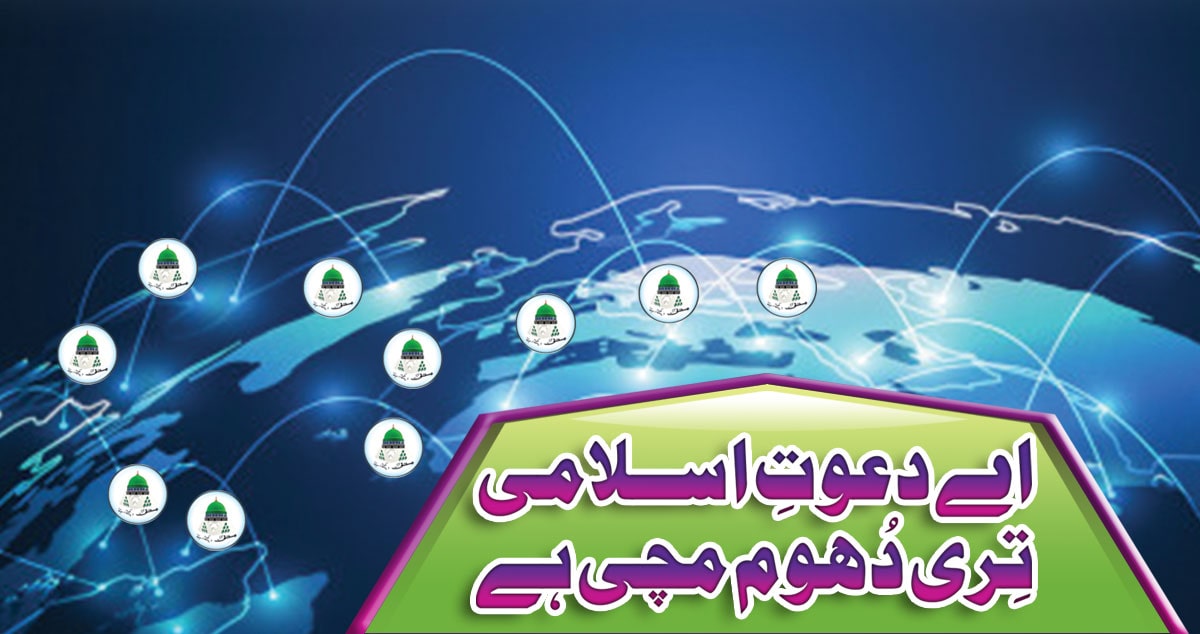 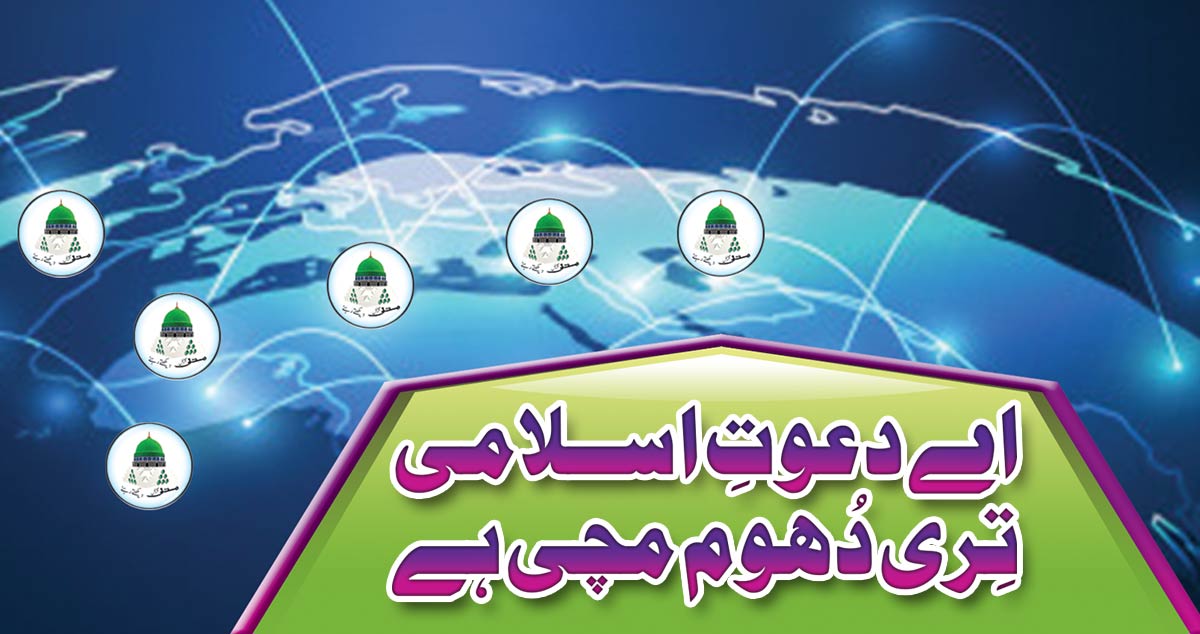 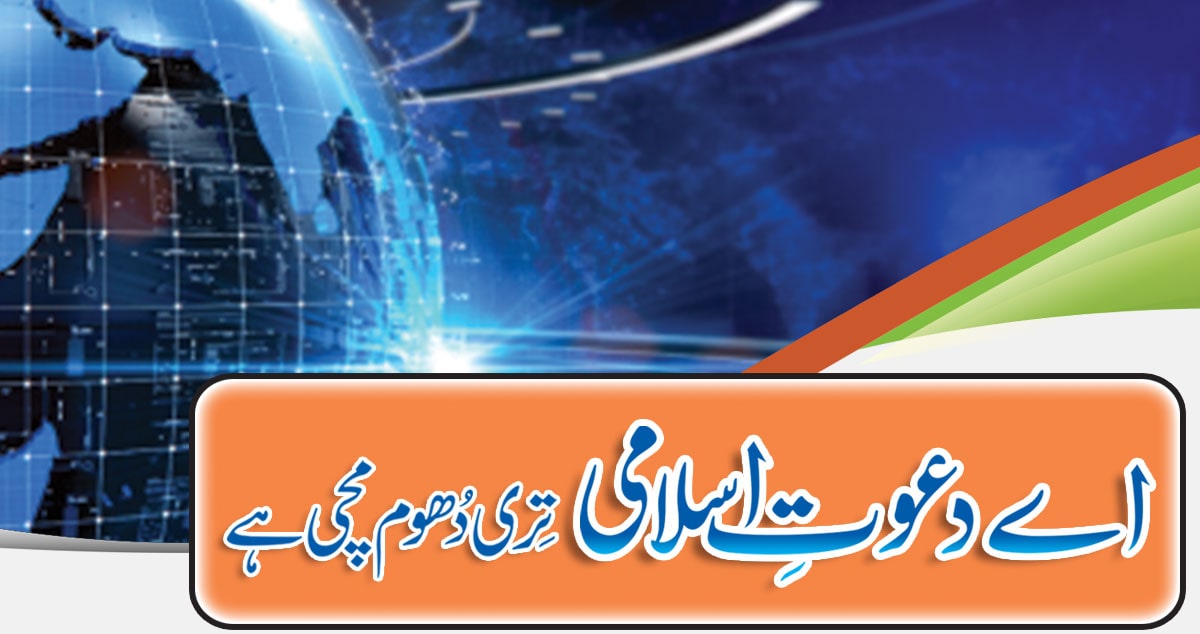