To Create Discord between Husband and Wife

The Beloved Rasool صَلَّى اللّٰەُ تَعَالٰى عَلَيْهِ وَاٰلِهٖ وَسَلَّم has said: Satan places his throne on water, then sends his armies. Amongst these armies, the one which is closest to Iblees is the one which is the most troublemaking. One of his armies comes and says: I have done this and that. Satan says: You have done nothing. Then another army comes and says: I did not leave a person until I separated him from his wife. Having heard this Iblees gets him close to himself and says: How good you are! And embraces him. (Sahih Muslim, pp. 1158, Hadees 7106)

Though a divorce is a Mubah act, it becomes a root cause of many discords; therefore Iblees gets happy for it. The person who unjustly tries to make husband and wife separate is a criminal like Iblees. (Mirat-ul-Manajih, vol. 1, pp. 85)

‘Allamah Teebi رَحْمَةُ اللّٰەِ تَعَالٰی عَلَيْه [passed away in 743 AH] has written: Divorce is Mashru’ [مَشْرُوع] i.e. if it is given, it will be done, but it is disliked in the sight of Allah Almighty like offering Fard Salah at home or on an occupied land without any Shar’i reason [in both cases, Salah will be valid, but the one who offers it will be a sinner], similarly, selling and buying things after the Azan of Friday Salah on Friday [as this sale and purchase will be done, but the ones who do it will be sinners.). (Sharh-ut-Teebi, vol. 6, pp. 364, Taht-al-Hadees: 3280)

It is stated in Fatawa Razawiyyah: To divorce without any Shar’i reason is strictly disliked and Makruh in the sight of Allah Almighty. (Fatawa Razawiyyah, vol. 12, pp. 323)

Why do marriages end in divorce?

There are many reasons for divorce. One of them is to instigate husband and wife against each other, causing discord between them and then sometimes this discord leads to divorce.

He is not one of us

The Beloved Rasool صَلَّى اللّٰەُ تَعَالٰى عَلَيْهِ وَاٰلِهٖ وَسَلَّم has said: The person who instigates the wife of someone against him is not one of us. (Musnad Ahmad, vol. 9, pp. 16, Hadees 23041)

Regarding this blessed Hadees Mufti Ahmad Yar Khan رَحْمَةُ اللّٰەِ تَعَالٰی عَلَيْه has said: There are many forms of creating discord between husband and wife. The heart of a woman is weak like a raw small bottle. Mentioning the evils of her husband to her and mentioning the good qualities of other men to her, doing magic or making the use of amulets all are Haraam. (Mirat-ul-Manajih, vol. 5, pp. 101)

Husband and wife should be careful

Husband and wife should not be deceived by anyone. Whenever a person who is either from the family or out of the family starts speaking bad things about husband to his wife or vice versa, husband and wife should stop him wisely because the way committing backbiting is a sin, in the same way, listening to it is also a sin. Similarly, stay safe from taletellers as they are the thieves of love. Do not think at all that they are sympathetic to you. Do not trust the negative things which you have been told about a person without any Shar’i proof.

Once Sayyiduna Imam Muhammad Bin Shihab [شِہاب] Zuhri رَحْمَةُ اللّٰەِ تَعَالٰی عَلَيْه was sitting near king Sulayman Bin ‘Abdul Malik. A person came to whom the king said in a little annoyance: I have learnt that you have said such-and-such a thing about me! He replied, ‘I have said nothing like this.’ The king said insistently, ‘The person who told me is a truthful person [how can he tell a lie].’ Addressing the king Sayyiduna Imam Zuhri رَحْمَةُ اللّٰەِ تَعَالٰی عَلَيْه said, ‘The person who has given you this news is a taleteller and a taleteller can never be truthful!’ Having heard this, the king controlled himself and started saying, ‘Your Highness! You have said absolutely right.’ Then the king said to the person: ‘اِذْھَبْ بِسَلَامٍ’ i.e. ‘You may return safely’. (Ihya-ul-‘Uloom, vol. 3, pp. 193)

They should live together with love

Shaykh-e-Tareeqat, Ameer-e-Ahl-e-Sunnat دَامَتْ بَرَكَاتُـهُمُ الْعَالِيَـه has said: A husband and wife should live together with tolerance and love, should take care of each other’s rights and also fulfil them. It should not happen that a husband keeps his wife merely as a slave girl because the way Allah Almighty has given supremacy to men, in the same way, He عَزَّوَجَلَّ has also stated:

And deal with them kindly.

The Beloved Rasool صَلَّى اللّٰەُ تَعَالٰى عَلَيْهِ وَاٰلِهٖ وَسَلَّم has stated: Amongst you good people are those who treat women well. (Ibn Majah, vol. 2, pp. 478, Hadees 1978) A husband should keep presenting his wife the call towards righteousness and teaching her necessary rulings; he should take care of her eating and drinking and if she says something against his temperament, he should forgive her instead of misbehaving. If he treats her rudely, she will become obstinate and the thing which can be solved will remain unsolved. A wife should also keep her husband happy by obeying him. The Beloved Rasool صَلَّى اللّٰەُ تَعَالٰى عَلَيْهِ وَاٰلِهٖ وَسَلَّم has said: The woman who dies in the state that her husband is pleased with her will enter Paradise. (Sunan-ut-Tirmizi, vol. 2, pp. 386, Hadees 1164) A wife should not enslave her husband, that is to say, whatever I want should happen; whatever I say, it should not be rejected. The same applies to her too, that is, she should also take care of the rights of her husband, keep satisfying his permissible desires and should keep refraining from his disobedience. (Parday kay baaray mayn Suwal Jawab, pp. 118-122) 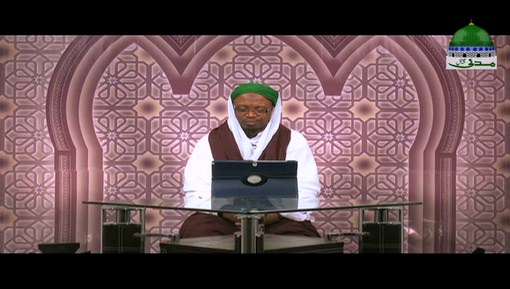 Relationship Between Husband And Wife