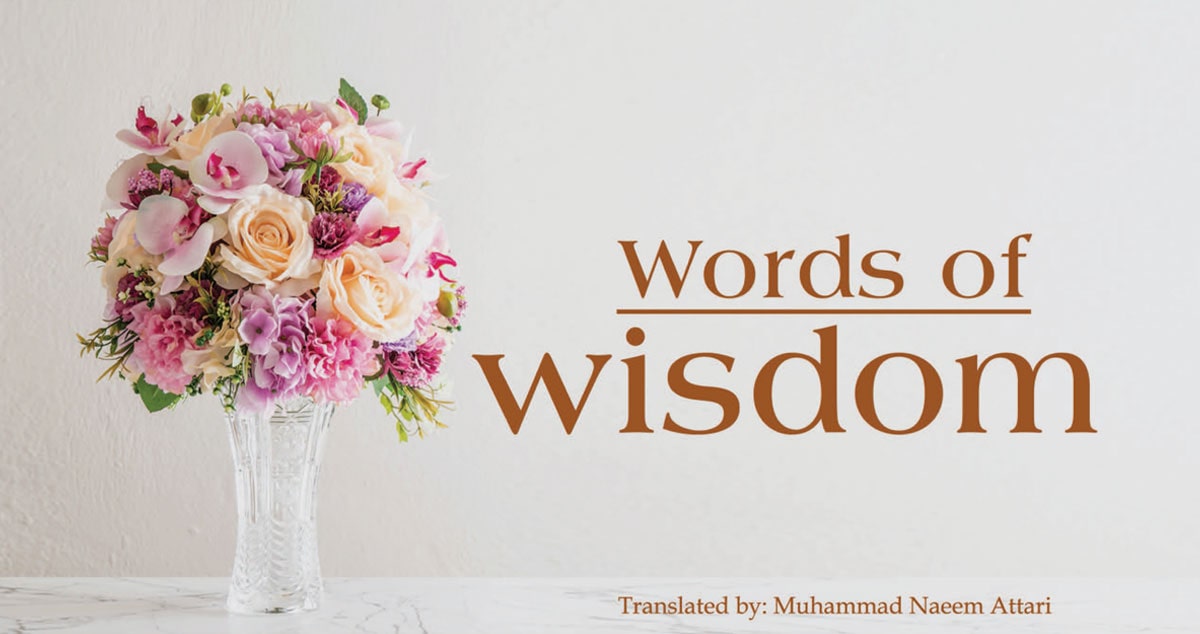 2. Advantage of having aversion to the world

Sayyiduna Salman Farsi رَضِىَ اللّٰەُ تَعَالٰی عَنْهُ said, ‘When one becomes averse to the world [worldly pleasure], his heart becomes illuminated with wisdom and his body parts become helpful for him to perform the acts of worship.’ (Minhaj-ul-‘Aabideen, pp. 29)

To make no complaint in the time of trouble.

Not sharing trouble with everyone.

4. Example of world and Hereafter

Sayyiduna Imam Ghazali رَحْمَةُ اللّٰەِ تَعَالٰی عَلَيْه said, ‘The world and the Hereafter are like east and west. The closer you are to the one, the farther you will be from the other.’ (Minhaj-ul-‘Aabideen, pp. 28)

1. In which matter mother is given priority to father?

When serving or giving something, the mother should be given priority over father, for example, one has 100 rupees and if there is no hurdle in giving priority to the mother, he should give 25 rupees to his father and 75 rupees to his mother. If both mother and father ask for water at the same time, one should give water first to mother and then father. If both mother and father have returned from travel, one should knead the legs of his mother first and then father’s. (Fatawa Razawiyyah, vol. 24, pp. 389)

People throw Rotis down from their roofs; out of which, some are caught by the people and some of them fall to the ground and some are trampled underfoot, this is forbidden because it is a disrespect of the Divine sustenance. (Fatawa Razawiyyah, vol. 24, pp. 521)

3. Husband is a ruler

Allah عَزَّوَجَلَّ has appointed the husband as an authority, it is unlawful for the wife to make him subservient. (Fatawa Razawiyyah, vol. 24, pp. 196)

How beautiful garden is Attar’s garden

1. The act leading to Jannah

One of the acts leading to the Jannah is to save a Muslim from one’s evil. (Madani Muzakarah, 3 Rabi’-ul-Awwal, 1439 Hijri)

2. Wearing dirty clothes is not simplicity

Simplicity holds a great significance in the Madani environment of Dawat-e-Islami but wearing dirty clothes is not simplicity. (Madani Muzakarah, 10 Rabi’-ul-Awwal, 1439 Hijri)

Aim of wearing the badge of ‘blessed Naqsh of Na’layn Shareef’ on ‘Imamahs or clothes does not mean to attain adornment but rather to attain blessing. (Madani Muzakarah, 11 Rabi’-ul-Awwal, 1439 Hijri)