Animals also have ways to express their sorrow, joy and anger; whereas modesty is such an attribute which is found only in humans and it is one of the basic differences between animals and humans. If one loses modesty in his tone, body language and habits, so the other good qualities are lost as well and such a person loses his respect despite having all other attributes. As long as a person is modest, he stays safe from disgrace and when he loses his modesty, he keeps on doing even a cheap and filthy work impudently. The Beloved Rasool صَلَّى اللّٰەُ تَعَالٰى عَلَيْهِ وَاٰلِهٖ وَسَلَّم, therefore, has stated: When you do not have modesty, so do whatever you want. (Sahih Bukhari, vol. 2, pp. 470, Hadees 3484) It has become obvious that one of the reasons for avoiding any evil act is modesty.

The attribute that protects from the act that is disliked in the sight of Allah Almighty and His creation is called ‘modesty’. (Ba Haya Naujawan, pp. 7)

Islam and modesty have a similar relation which soul bears to the body. The Beloved Rasool صَلَّى اللّٰەُ تَعَالٰى عَلَيْهِ وَاٰلِهٖ وَسَلَّم has said: Undoubtedly, modesty and faith are connected together so when one gets away, the other one is also taken away. (Al-Mustadrak lil-Haakim, vol. 1, pp. 176, Hadees 66) Therefore the enemies of Islam are seen attacking the modesty of Muslims. It is not hidden from anyone that attacks are being made on modesty in the society in the name of dramas, films, advertisements, morning shows, etc.

As a matter of fact, if the manners and habits of men spoil, society starts spoiling, but when this disease spreads amongst women, generations are destroyed. Therefore no matter whether it is man or woman Islam urges both to become modest and modesty has been declared to be the basis of all ethics. It is stated in a blessed Hadees: Undoubtedly, every religion has a Khulq [خُلق] and the Khulq of Islam is modesty. (Ibn Majah, vol. 4, pp. 460, Hadees 4181)

Islam is the only religion that promotes modesty. The Beloved Rasool صَلَّى اللّٰەُ تَعَالٰى عَلَيْهِ وَاٰلِهٖ وَسَلَّم has bestowed such teachings upon us by acting upon which the whole society can become modest. Islamic teachings develop the attribute of modesty existing in human nature and then adorn it with wisdom thus beautifying the human traits.

It was the result of this modesty-protecting environment that when Sayyidatuna Umm-e-Khallad رَضِیَ اللّٰەُ تَعَالٰی عَنْهَا, whose son was martyred in a battle, reached the blessed court of the Beloved Rasool صَلَّى اللّٰەُ تَعَالٰى عَلَيْهِ وَاٰلِهٖ وَسَلَّم wearing Niqab [نقاب] in order to get information about her son, someone surprisingly said: You are observing purdah even at this time! She replied: I have definitely lost [my] son, but not modesty. (Abu Dawood, pp. 398, Hadees 2488)

The people who promote mixed-gatherings, dresses not covering sitr, so-called open-mindedness and complete freedom of doing whatever one wants by considering them to be the steps towards innovation and progress, should think as to how much the Noor of faith they have lost. Modesty is such an attribute which the more you have the better it is for you. Therefore the Beloved Rasool صَلَّى اللّٰەُ تَعَالٰى عَلَيْهِ وَاٰلِهٖ وَسَلَّم has said: Modesty only brings goodness. (Sahih Muslim, pp. 40, Hadees 37)

Modesty and our society

There is no doubt that as we are getting away from the age of Risalat we are losing our modesty due to non-Islamic culture. The effects of this culture have also started to spread in the Muslim society now. Alas! The modesty which Islam has declared to be the beauty of men and women is said to be a black mark today. Giving the concept and sense of Mahram and non-Mahram Islam has imposed limits on the mixed gatherings of men and women; this concept has been dispelled today. The Beloved Rasool صَلَّى اللّٰەُ تَعَالٰى عَلَيْهِ وَاٰلِهٖ وَسَلَّم has said: Beware, a man is not alone with a (stranger) woman but the third of them. (Sunan-ut-Tirmizi, vol. 4, pp. 67, Hadees 2172)

It is not hidden from anyone that media is rapidly promoting immodesty amongst children and elders nowadays. Just ponder! How can the new generation which grows up by watching shameful scenes of films and dramas sitting next to their parents develop the element of modesty? Therefore, a number of youngsters in the new generation are far away from even the concept of modesty. The Internet has done the rest regarding destroying modesty. The Internet has advantages, but in promoting immodesty internet has proven to be ‘the fastest’.

Remember! If a person acts upon the requirements of modesty himself, only then his children will have these attributes and habits, but if he himself does not care for modesty, his children will also adopt these bad habits. Today there is a need to protect this national identity and essence of faith by staying away from all those things which may affect our modesty.

Sayyid-ush-Shuhada, Asadullah Sayyiduna Abu ‘Ammarah Hamzah Hashimi Qarashi رَضِىَ اللّٰەُ تَعَالٰی عَـنْهُ’, a great personage, is also amongst the blessed 70 martyrs who had laid down their lives for the sake of Islam in Ghazwah Uhud in the month of Shawwal 3 AH.

Having killed 31 non-Muslims in this war, when he رَضِىَ اللّٰەُ تَعَالٰی عَـنْهُ approached a rock, an enemy hidden behind the rock hurled a spear at him which hit him in the navel and pierced through his back. In this condition, holding his sword, he رَضِىَ اللّٰەُ تَعَالٰی عَـنْهُ headed towards the enemy but could not sustain the injury and fell down and embraced martyrdom.

In the Monthly Magazine of October, we discussed how the transformational teachings of the Prophet صَلَّى الـلّٰـهُ عَلَيْهِ وَاٰلِهٖ وَسَلَّم impart 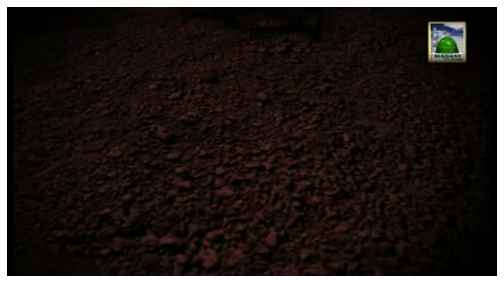