In the present era, people are generally lacking in acting upon the Islamic teachings due to which the moral and social evils have spread so much that majority of the people do not even tend to regard them as bad. Treachery is also one of those evils. It is such a worst sin that it has been declared to be the sign of a hypocrite. The Beloved Rasool صَلَّی اللہُ تَعَالٰی عَلَیْہِ وَاٰلِہٖ وَسَلَّمَ  has stated that there are three signs of a hypocrite: ‘إِذَا حَدَّثَ کَذَبَ وَ إِذَا وَعَدَ أَخْلَفَ وَ إِذَا اؤْتُمِنَ خَانَ’ i.e. when he talks, he tells a lie; when he makes a promise, he breaks it; when he is entrusted with something, he commits treachery. (Sahih Bukhari, vol. 1, pp. 24, Hadees 33)

It means that these are the acts of the hypocrites; a Muslim should refrain from these acts. (Mirat-ul-Manajih, vol. 1, pp. 74)

Translation from Kanz-ul-Iman: Do not be dishonest to Allah and the Messenger, nor purposefully be dishonest in your trusts. (Part 9, Surah Al-Anfaal, Ayah 27)

Meaning of treachery is usually considered to be specifically related to the monetary trust. For example, if wealth is placed in someone’s trust and then he refuses to return it, it is said that he has committed treachery. Certainly, it is also treachery but the Shar’i meaning of treachery is very broad. Mufti Ahmad Yar Khan رَحْمَةُ اللہِ تَعَالٰی عَلَيْه has stated: Treachery is not only restricted to wealth, it covers all of the following: Secret, respect and honour, and advice. (Mirat-ul-Manajih, vol. 1, pp. 212)

1     The one who gives advice to his brother in any matter despite knowing that rightness lies in some other thing, he has committed treachery against him [i.e. against his brother]. (Abu Dawood, vol. 3, pp. 449, Hadees 3657)

It means: If any Muslim obtains advice from a person and that person deliberately gives wrong advice so that this Muslim gets into trouble, then that adviser is definitely a treacher (i.e. one who commits treachery). (Mirat-ul-Manajih, vol. 1, pp. 212)

2     The one amongst you whom we make ‘Aamil [incharge] of something and then he hides a needle or more than it from us, then it is also treachery and he will bring it [i.e. needle] on the Day of Judgement. (Sahih Muslim, pp. 787, Hadees 4743)

It means: Whether treachery is small or big, it is a cause of punishment and disgrace on the Day of Judgement, especially the treachery which is committed in Zakah, etc., because it is treachery in worship and it violates the right of Allah عَزَّوَجَلَّ and deprives the Faqeers [poor people] of their right. (Mirat-ul-Manajih, vol. 3, pp. 15)

4     On the Day of Judgement, the biggest treachery in the sight of Allah عَزَّوَجَلَّ is that a man goes to his wife, wife comes to him and then he reveals his wife’s secret. (Sahih Muslim, pp. 579, Hadees 3543)

Dear Islamic brothers! Treachery is that evil of our society which has afflicted the people of almost all walks of life but we remain unaware of it because of lacking religious knowledge. Treachery and deception are common practices, whether it is business or employment and secrecy or inheritance. For example, in business:

٭   Giving a poor-quality product after showing a high-quality one.

٭   Telling fake products to be the genuine ones.

٭   Selling the meat of the animal which has died [without being slaughtered] or the meat which has been puffed up with the water pressure.

٭   Sweetening the fruits by injecting them with coloured chemicals.

٭   Serving the customers with stale food in the hotels by making it appear fresh by using delicious-smelling spices.

٭   Likewise, in employment, not working for the complete working hours but receiving complete salary.

٭   Making impermissible and wrong use of the organisation’s car, electricity, computer, air conditioner and other things.

٭   Similarly, in the distribution of inheritance, acting according to one’s own wishes instead of following the Shar’i rules and not giving the rightful people their right, etc.

We can find hundreds of such examples in our society.

A butcher slaughtered an animal in his house. After slaughtering, he made his brother stand near the animal and stepped forward to switch on the motor with the intention of puffing up the animal with water. His foot slipped on the blood welled up from the same animal and the same knife with which he had slaughtered the animal pierced his neck, and he died.

May Allah عَزَّوَجَلَّ grant us Taufeeq to refrain from treachery and deception. Aameen! 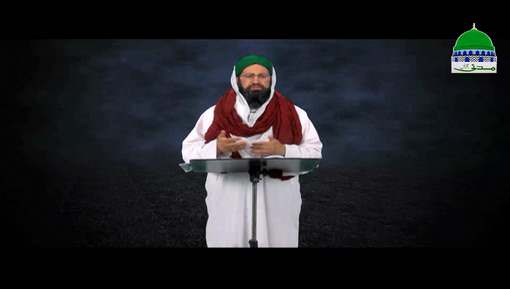 Meat of Dead Animal and Treachery