One condemnable custom has spread across the globe; in the name of “celebrating New Year’s Eve”, a tsunami of immorality submerges the earth. Youngsters in particular become incredibly defiant, enjoying feasts and obscene dance parties consisting of alcohol, food and obscenities. At exactly 12:00 a.m. millions of rupees worth of fireworks displays illuminate the sky, gun shots are fired into the sky, groups of over-excited youngsters cause havoc on streets and disrupt public peace by removing their motorbike silencers and blasting ear-splitting music from their in-car stereo systems. Many youngsters lose their lives trying to perform one-wheeling on bikes.

How sad! This Ummah wastes billions of rupees in just this one night.

In the name of celebrations, Muslims increase the weight of sins on their shoulders by disobeying Allah عَزَّوَجَلَّ. In this very night, many people die by drinking poisonous alcohol, gun shots, accidents and even burn to death.

Every year, the news on the first of January describes glimpses of the havoc caused on a New Year’s Eve. Here are just a few examples:

* On the eve of 2013, as soon as the clocks turned 12:00 a.m., Karachi’s skies were soaring with the sounds of shots from the latest weaponry resulting in one death and several injuries including that of an infant baby girl. (Jang Online)

* In Paraguay during 2004, fireworks caused 400 deaths and hundreds of injuries.

* On 1st January 2005, as a result of fireworks being set off, at least 300 people burned to death and more than 500 were severely injured in the Argentinian capital Buenos Aires during a New Year’s Eve musical celebration in a night club.

* With the advent of the New Year, in various areas of Karachi, indiscreet firing into the air resulted in 15 injuries. (Jang Online 1st January 2017)

How to Celebrate the New Year?

Now, if we are wondering “if we can’t do all this then how on earth do we celebrate the new year?” Then here is the answer: We can congratulate each other on the advent of the new Hijri or Gregorian year by praying that may the New Year be full of blessings for us. Do self-accountability, whether our good deeds have increased or our sins? What bad habits we failed to get rid of? What good deeds we failed to adopt? Did we persuade someone else to become a practicing Muslim? 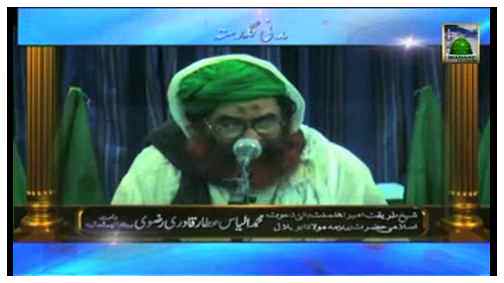