It is totally harmful to struggle only for the improvement of worldly life and remain heedless of pondering and practising for the goodness of the Hereafter. Same is for not having the determination to avoid sins in future and perform good deeds while making self-accountability. Indeed, wise is he who performs self-assessment of his Nafs [inner-self], keeping in mind the accountability of the Judgement Day; because making self-accountability of one’s own deeds not only brings about the mindset of pondering over Hereafter, but it will also be a means of developing the passion for refraining from sins and performing good deeds.

Sayyiduna Imam Ghazali رَحْمَةُ اللهِ تَعَالٰی عَلَيْه has said: Every person should have a copy in which all the harmful deeds [i.e. acts leading to destruction] as well as the attributes leading to salvation should be mentioned. Furthermore, sins and good deeds should also be mentioned in it and one should perform self-accountability through it every day. (Ihya-ul-‘Uloom, vol. 5, pp. 171)

So, according to the advice of Sayyiduna Imam Ghazali رَحْمَةُ اللهِ تَعَالٰی عَلَيْه, we should prepare a list of the required deeds on daily, weekly, monthly and yearly basis and then tick them. But it is also a fact that everyone cannot prepare such a list which consists of the deeds that makes his world and the Hereafter better. Therefore, we should get the booklet of ‘Madani In’amaat’ given to us by Shaykh-e-Tareeqat, Ameer-e-Ahl-e-Sunnat دَامَـتْ بَـرَكَـاتُـهُـمُ الْـعَـالِـيَـه. It is an excellent and comprehensive system for practicing self-accountability. There are 72 Madani In’amaat for Islamic brothers, 63 for Islamic sisters, 92 for male Islamic students, 83 for female Islamic students, 40 for Madani children and 27 for special Islamic brothers (i.e. blind, dumb and deaf). In order to become a practicing Muslim, everyone should fill in the booklet of Madani In’amaat daily while performing Fikr-e-Madinah. One should also make a habit of handing it to the local responsible Islamic brother of Madani In’amaat by the 1st of every Madani month, i.e. lunar month.

Different mediums are used in every era for the accomplishment of different goals. For example, there was a time when journey was undertaken
Read Article

Acquisition of Islamic knowledge is obligatory for every Muslim man and woman in Islam, whether he or she lives in a city or a village;
Read Article 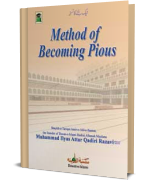 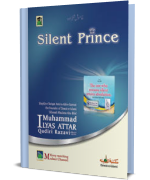 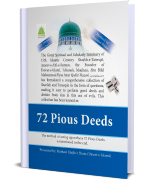 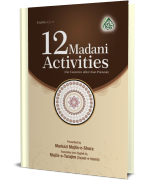