Souls and their places

What is a soul?

Allah عَزَّوَجَلَّ has stated in the Holy Quran:

Say you ‘the Ruh is an entity from the command of my Lord, and (O people) you have not received knowledge except a little’.

The Beloved Rasool knows [about the soul]

And taught you all (seen and unseen knowledge), whatever you did not know; and upon you is the great benevolence of Allah.

Soul does not perish

The soul not only possesses the knowing, listening and seeing abilities after the death as well, but these abilities become even stronger than before. (Fatawa Razawiyyah, vol. 9, pp. 658)

Relation between the soul and body

The relation between the soul and the human body exists even after death. Although the soul separates from the body, it will definitely be aware of and feel whatever the body will experience in the same way as it knows and feels during the worldly life, in fact even more than that. (Bahar-e-Shari’at, vol. 1, pp. 100)

People generally say: A soul resides in such and such house and it kills [the people]; a man was killed at such and such place and his soul is wandering around there; souls of the murder victims keep wandering around in the world; Kafir [disbeliever] souls have occupied this mansion, etc. These all are baseless delusions, not related to the truth in any way. It is stated in Sharh-us-Sudoor: After the death, the souls of the Mu`mineen are entrusted to an angel named Rimya`eel. He is the custodian of the souls of Mu’mineen. Whereas ‘Daumah’ is the name of the angel responsible for the souls of Kuffar [disbelievers]. (Sharh-us-Sudoor, pp. 237)

Places of the souls

Souls of the Kuffar [disbelievers] remain imprisoned at specific places. There are different specific places of the souls of the Muslims as well but they are also allowed to go to other places, as Sayyiduna Imam Maalik رَحْمَةُ اللهِ تَعَالٰی عَلَيْه has stated: The souls of Mu`mineen are free; they go wherever they wish [to go]. (Al-Istizkar, vol. 2, pp. 617, Taht-al-Hadees: 292)

The Beloved Rasool صَلَّى اللهُ تَعَالٰى عَلَيْهِ وَاٰلِهٖ وَسَلَّم has stated, ‘The souls of believers remain in green birds; they go around in the Jannah wherever they like.’ It was humbly asked, ‘And the souls of Kuffar [disbelievers]?’ He صَلَّى اللهُ تَعَالٰى عَلَيْهِ وَاٰلِهٖ وَسَلَّم responded, ‘They remain imprisoned in Sijjeen[1].’ (Ahwaal-ul-Quboor li Ibn Rajab, pp. 182)

It is stated in Bahar-e-Shari’at: After the death, the soul of a Muslim resides in different places according to the rank and status. Some remain on the grave, some in the well of Zamzam, some between the sky and earth, some on the first, second, till the seventh sky, some even higher than the skies, some in the lamps beneath the ‘Arsh and some in the A’la-Illiyyeen. However, no matter wherever the soul remains, the relation between the body and soul always exists. They see, recognise and listen to those who visit their graves. In fact, the soul does not only see from a place close to the grave. In a Hadees, its example has been stated as: A bird was first locked up in the cage and now it has been set free. (Bahar-e-Shari’at, vol. 1, pp. 101)

There are specific places for the vile souls of Kuffar [disbelievers] as well. They do not roam freely. Some remain on their cremation ground or the grave, some in Chaah-e-Barhoot i.e. a valley in Yemen, some in the first, second, till the seventh earth, and some even beneath it in Sijjeen. No matter wherever their soul remains, they see, recognise and listen to the one who visits or passes by their grave or cremation ground. However, they cannot go anywhere as they are imprisoned. The belief that one’s soul enters any other body, whether it is the body of a human being or an animal, which is called transmigration of soul and reincarnation, is merely a false belief, and holding this belief is Kufr [disbelief]. (Bahar-e-Shari’at, vol. 1, pp. 103)

Souls of the animals

There are many opinions of the scholars regarding the souls of animals. It is stated in Tafseer Ruh-ul-Ma’ani: The souls of animals remain suspended in the air or they remain wherever Allah عَزَّوَجَلَّ wills [to keep them]. Moreover, there remains no relation between their souls and bodies [after the death]. (Ruh-ul-Ma’ani, part 15, Bani Israel, Taht-al-Ayah: 85, Juz: 15, vol. 8, pp. 208)

For knowing further details of the places of souls, read the books “Bahar-e-Shari’at” (part 1) and “Sharh-us-Sudoor” (Mutarjam) published by Maktaba-tul-Madinah.

[1] Sijjeen is a place beneath the seventh earth which is the place of Iblees and his minions. 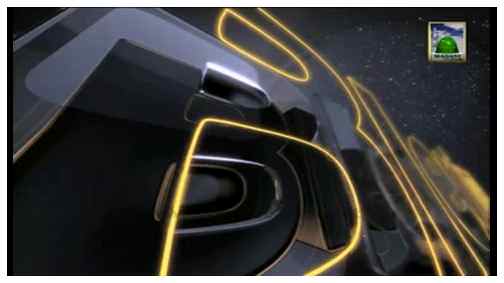 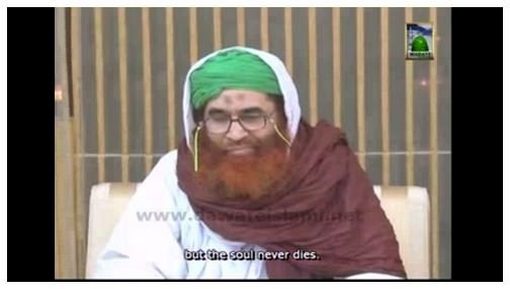