The United Kingdom (UK) is divided into four parts, namely: England, Wales, Scotland and Northern Ireland. We began our journey to Wales on Tuesday 24th December 2019 at around 11:00 am. After travelling for around one and a half/two hours, we first arrived at one of Europe’s most well-known prisons, which is known as Berwyn prison.

Madani works in the prisons of the UK

The preachers of Dawat-e-Islami were already visiting this prison in order to spread the call to righteousness, and the prison officers had a lot of trust in these preachers. After arriving there, we performed Zuhr Salah in the Masjid that was in the prison. After Salah, we met with the head of the prison and gave him an introduction to Dawat-e-Islami. The head of the prison appeared impressed with the efforts of our preachers. He thanked Dawat-e-Islami for their efforts in reforming the prisoners and for their aiding the prisoners in taking them away from crime. In addition, he also expressed that the one who becomes a true and sincere Muslim saves himself from crimes.

We offered ‘Asr Salah in congregation with Muslim prisoners. After the Salah, Nigran-e-Shura delivered a short Bayan, and also answered various questions of the prisoners. On this occasion, booklets were distributed among the prisoners also.

After this, we toured the prison. In terms of its facilities and amenities, it is from the best prisons of the world, despite this, when we came out, there was a strange feeling in the heart. The reality is that regardless of how many facilities one receives in prison, at the end, a prison is still a prison. May Allah Almighty grant quick release to all the prisoners, and protect us from the imprisonment of Hell.

The call to righteousness in prisons

With the grace of Allah Almighty, one of the many departments that Dawat-e-Islami is spreading the call to righteousness in is ‘Jail Khanah Jaat’. With the authorisation of the state, the preachers of Dawat-e-Islami are busy in spreading the call to righteousness to prisoners in Pakistan and many other countries of the world. اَلْـحَمْـدُ لـِلّٰـه! With the blessings of these efforts, many non-Muslims have been fortunate to accept Islam, and a large number of Muslim prisoners have repented of their sins and have come onto the path of righteousness.

After that, we travelled for around two hours and arrived in Birmingham. On the way there, the time of Maghrib started, so اَلْـحَمْـدُ لـِلّٰـه, we offered Salah on hard ground next to a petrol pump, with Nigran-e-Shura as our Imam.

After arriving in Birmingham, we went to the house of a personality, where dinner was prepared for us. During this meeting, the owner of the house was given the call to righteousness and he was encouraged to visit the global Madani Markaz, Faizan-e-Madinah, Bab-ul-Madinah, Karachi.

After leaving from there, we attended a Sunnah-inspired Ijtima’, where devotees of the Prophet from thirteen different countries were gathered. Here, I had the honour of reciting Qasidah al-Burdah, after which, Nigran-e-Shura delivered a Bayan. On this occasion, Islamic brothers from various countries asked Nigran-e-Shura questions also.

An Ijtima’ full of joy

After this Ijtima’, we arrived in a town near Birmingham, called Telford, where Dawat-e-Islami has purchased a former worship place of non-Muslims in order to convert it into a Masjid, and a Sunnah-inspired Ijtima’ was organised on this joyous occasion. A lengthy portion of the night had passed, but a large group of Islamic brothers still awaited us. At first, I delivered a Bayan for some time, and then Nigran-e-Shura lead the Nawafil for gratitude. After this, Nigran-e-Shura delivered a Bayan regarding the upbringing of children and granted parents Madani pearls. After the Ijtima concluded, Islamic brothers brought some sweets, and with love and compassion, Nigran-e-Shura fed the Islamic brothers that were present with his own hands.

A Sunnah-inspired Bayan for Islamic sisters

On Wednesday 25th December, at around 11:30 am, Nigran-e-Shura delivered a Sunnah-inspired Bayan which was broadcast live on Madani Channel, and Islamic sisters gathered in various cities of the UK in order to listen to this Bayan.

Meeting with the students of Jami’ah-tul-Madinah

During this time, from around 11:00 am to 12:00 pm, I had the opportunity to sit with the students of Jami’ah-tul-Madinah, Birmingham, and have a Madani Mashwarah with them. ماشَــآءَالـلّٰـه, I found a great passion for gaining religious knowledge and serving the religion of Islam in those students. May Allah Almighty grant beneficial knowledge to those students and alongside gaining knowledge, may He also grant them the honour of wholeheartedly taking part in the Madani works of Dawat-e-Islami.

Journey to meet a personality

The responsible Islamic brothers had informed me a day before regarding a personality who has business interests in the Halal meat industry and wished to meet me, and requested if I could meet him to give him the call to righteousness and encourage him to further aid Dawat-e-Islami. This Islamic brother lived in an area that was approximately one hour’s drive from Birmingham, where around one hundred Muslim households were present.

After meeting with the students, we offered Salah in its beginning time and then left at around 12:30 pm to meet him, and we arrived there at 1:30 pm. We had a detailed meeting with that personality at his home. We introduced him to the Madani works of Dawat-e-Islami and showed him presentation videos of various departments. ماشَــآءَالـلّٰـه, there is a small Masjid present in that small town, where I had the opportunity to lead the Asr Salah and deliver a short Bayan. After the ‘Asr Salah, a meal had been prepared at that personality’s home. We offered Maghrib Salah in that area too, and then left for our next destination.

May Allah Almighty accept these efforts of ours, grant us sincerity, and grant us the ability to serve the religion with steadfastness until our last breath. 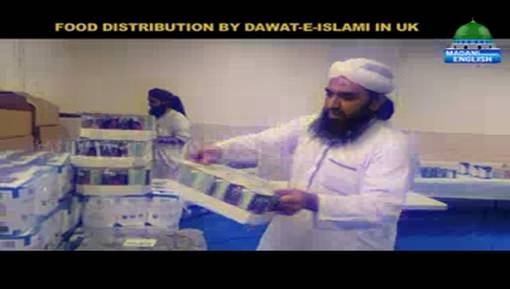 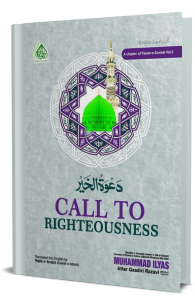