Some people try to give the impression that religion and intellect are contrary to each other. If you take the path of religion, then you will have to leave intellect; and if you want to follow intellect, then it is not possible without leaving the religion. To what extent is this theory true, let us analyse it.

The word ’Aql‘ [i.e. Intellect] and its family words are spoken of frequently in the Holy Quran which highlight the importance of intellect, wisdom and contemplation. Let us learn some of its detail. When reciting the Holy Quran, you will come across words عَلِمَ، یَعْلَمُ، یَعْلَمُوْنَ، تَعْلَمُ، تَعْلَمُوْنَ، عَالِمٌ،عَالِمِیْنَ، عَالِمُوْنَ، عَلِیْمٌ which all have the root meaning of ‘knowledge’. The Holy Quran has explicitly stated:

‘Are those who know and who do not know, equal?’

The third word is ’Taffakkur’ [i.e. contemplation], which means to ponder and contemplate, use the faculty of reflection and to have the ability to research to find out the truth. It has been mentioned frequently in the Holy Quran. It is stated repeatedly to ‘reflect and ponder, contemplate the universe, contemplate the earth and the sky, reflect upon the trees and rocks, reflect upon the creation of the humans and animals.’ What does pondering and contemplating mean? It is indeed the use of intellect.

The fourth word is ’Faham‘ [i.e. Wisdom] which the Holy Quran has praised, and granting it to the chosen people has been mentioned as a blessing and favour.

The fifth word is ‘Taddabbur’ which means to contemplate and comprehend, reaching to the essence of something. This is also the use of intellect.

The sixth word is ’Nazar‘. The word ’Nazar’ exists in the Holy Quran for reflection, contemplation and using the intellect. As, it is stated:

So do they not see the camel, (as to) how it had been created?

Besides this, the seventh word ‘Tazakkur’ has frequently appeared in the Holy Quran. ‘Tazakkur’ means to take heed, and one attains heed when he contemplates something and reflects over it.

The eighth word is ‘Ibrat’. It is stated:

Learn a lesson, O those who can see

The word ‘Ibrat’ means to observe something and gain result and heed from it by the virtue of one’s own intellect.

The number of verses comprising of these words is in hundreds, which clearly denotes how much importance is given to knowledge, wisdom, intellect, awareness, reflection and contemplation in Islam. The Holy Quran encourages over these matters and mentions their excellences in different ways so frequently that even if somebody reads the Holy Quran briefly, he can never conclude that Islam is contrary to intellect. Islam actually persuades a person to use intellect. Islam praises it. It encourages (a person) towards it. In fact, those who do not use their intellect, who remain deprived from recognising Allah Almighty by not using their intellects in relation to the wonders and signs of the Almighty spread across the universe, and those who do not use their intellect to establish a proof over the Divine existence of the Almighty, the Quran says regarding such people that they are not worthy of being called humans; because a human is actually he who uses his intellect. Hence, those who do not use their intellect despite having it are humans merely in their apparent form, but (in real fact) are even worse than the animals. Thus, it is stated regarding such people:

They are like animals, rather, (even) more misguided than them;

Now think to yourself! The most basic book of Islam, the Holy Quran, is considering those who do not use their intellects to be worse than the animals, then can Islam be contrary to intellect? Not at all.

Now, as for if someone says that Islam stops from such and such act and this is contrary to intellect. The reply to this is that on such instances, you need to see whether intellect is generally being condemned or its wrong and evil use is being condemned? At any such instance, the condemnation will be only of the evil use of intellect. Opining based on such evidences is same as the Quran condemning one Masjid. It is stated:

And those (i.e. some hypocrites) who built a Mosque in order to cause harm, and due to disbelief, and (desiring) to cause divisions among the Muslims, and to await the one (Abu ‘Aamir Nasraani) who is, at the outset, an opponent of Allah and His Messenger;

This condemnation is regarding the evil use of that Masjid, as it is Masjid-e-Darraar, i.e. it is [used] to harm Muslims, create separations between them, spread Kufr, and to initiate actions that entail the enmity of Allah and His messenger. After reading this verse, if somebody says that Islam is against Masajid, then what would you say to him? You would of course say that Islam is not against Masajid, rather, it instructs to build them. The condemnation implies to the place that was built using the name of a Masjid but served the purpose of spreading confusion, division, hatred, hypocrisy and Kufr. Masajid are the symbols and centres of Islam.

Similarly, if the evil act of stealing patients’ organs prevails across a hospital during their operations and people protest against it stopping one another from visiting that hospital, then can any wise person say that the people of such and such city are against the hospitals? They are against medical treatment and health? Not at all. This is not opposing the medical treatment or health, rather, it is opposing the medical system of the hospital from carrying out the evil act of stealing patients’ organs.

Take another example. If a school syllabus comprises of books that preach enmity against the country, wipes out the history or spreads racial or regional discrimination, if such schools are cracked down and forcefully shut down taking all their books into custody, then if the owners of the school say that the government is against education, then would their objection hold any validity? Not at all; because the [aforementioned] action of the state is not due to having enmity for education, rather, it is due to the inappropriate syllabus of the school, inapt way of teaching and acts that entail enmity against the country.

Same is the case with intellect. Islam forbids the wrong usage of intellect. This [approach] is not contrary to intellect, rather, it opposes the negative usage of intellect. The fact of the matter is that if the intellect that is against one’s country and nation spreading enmity is an evil intellect, then the intellect that makes one rebel against the Lord of all the worlds, takes one towards denying the existence of the Ultimate Creator, and teaches one the enmity for the Lord Almighty, then [that] intellect is also certainly evil and accursed. Moreover, such intellect will definitely be condemned, and this will not be condemning the intellect, rather its evil use. 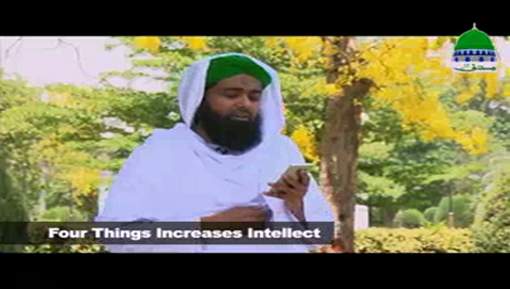