Dishonesty In Weighing And Measuring

Dishonesty in weighing and measuring

Humans are in need of mutual help in order to live their lives. Buying, selling and trading is one practical example of this help. The stronger the foundations regarding the matters of buying and selling are, the more peaceful and flourishing the society will be. May we be sacrificed upon the teachings of Islam whose illuminating teachings also shed light on this aspect of life also. Just as acting upon these teachings improves trade, at the same time, they also save one from many hardships in the Hereafter. Observing honesty in measuring and weighing is also from the Islamic teachings.

Teachings of Islam and falling short in weighing

After making the pledge of buying and selling, according to the way of Islam, it is only fair to hand over the agreed upon goods in a complete and perfect condition. Islam even goes a step further than this and encourages us to confer favour; how unfortunate is the one who is not even fair, let alone showing favour. Not falling short in the weighing is similar to the backbone of increasing trade, and Allah Almighty also commands this. Hence, it is stated:

And (when) you measure, measure fully, and weigh correctly with the scale;

The Holy Prophet صَلَّى الـلّٰـهُ عَلَيْهِ وَاٰلِهٖ وَسَلَّم has also stated at various places regarding dishonesty in weighing and measuring.

1.   There is a valley in Hell which is so hot that even a mountain would melt in it, and Hell itself seeks refuge from it; those who are lazy towards Salah and who do not give the full measure when weighing will be imprisoned in it. (Qurrat-ul-‘Uyoon, p. 391 summarised)

2.   On the Day of Judgement, the ones who do not give the full measure of weight, their faces will be disgraced, their tongues will stammer and their eyes will be blue. A scale of fire will be placed on his neck and it will be said, ‘Weigh from here to there.’ He will be punished in this manner between two mountains for 50,000 years. (Qurrat-ul-‘Uyoon, p. 391 summarised)

Meaning of not giving the full measure and weight

Not giving the full measure and weight refers to falling short in anything that is possible in terms of trade. For example, stretching out stretch fabrics when measuring them, measuring elastic while stretching it, placing less weights, or placing the right amount of weights but being deceitful in the weighing, placing the goods forcefully on the scales and then removing them quickly, keeping a difference between the two plates of the scale, messing with the settings on an electronic scale or changing the meter and then weighing less, etc. There is no doubt that one of the evil character traits that has arisen due to the greed of worldly wealth is not giving the full measure or weight.

Harms of not giving the full measure and weight

The one who does not give the full measure and weight saves a few rupees and thinks that he has benefitted greatly, but Islam teaches us that he has not benefitted at all, rather, he has opened the doors of loss for himself. Hakeem-ul-Ummah, Mufti Ahmad Yar Khan رَحْمَةُ الـلّٰـهِ عَلَيْه states: ‘The harm of not giving the full measure is that blessings are removed from sustenance, or the wealth that is earned through this means eventually goes to waste. The earnings that are earned unlawfully go to waste, and this has been witnessed, but people do not take heed. Unlawful earnings are eaten by rulers, doctors and lawyers; there are blessings in Halal, and no blessings in Haraam.’ (Mirat-ul-Manajeeh, vol. 7, p. 175)

Not giving the full measure and weight also results in many losses in this world. For example, people do not trust such individuals. People’s trust in such traders comes to an end. The one who does this can fall into many difficulties due to violating the rights of people. The harms of eating Haraam also befall a person. More than anything else, such individuals can be afflicted by Divine punishment. Remember! One will have to give accountability on Judgment Day for any goods that are unfaithfully weighed. How foolish is it for one to put Paradise and its bounties at risk just for a few rupees, and present himself before Hell instead. May Allah Almighty grant us sound reasoning, and protect us from falling short in our weighing and measuring. اٰمین

The 15th night of Sha’ban-ul-Mu’azzam, commonly called Shab-e-Bara’at,
Read Article
Humans are in need of mutual help in order to live their lives. Buying, selling and trading is one practical example of this help.
Read Article 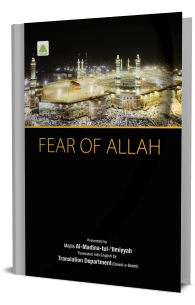