Whoever Is Not Merciful Will Not Be Treated Mercifully

Whoever is not merciful will not be treated mercifully

The Messenger of Allah صَلَّى الـلّٰـهُ عَلَيْهِ وَاٰلِهٖ وَسَلَّم has said: ‘مَنْ لَا يَرْحَمُ لَايُرْحَمُ’ ‘Whoever is not merciful will not be treated mercifully.’ (Bukhari, vol. 4, p. 100, Hadees 5997) As well as mentioning the rulings pertinent to one’s outward affairs, the Final Prophet صَلَّى الـلّٰـهُ عَلَيْهِ وَاٰلِهٖ وَسَلَّم also expounded on the good and bad pertinent to one’s inner state and their implications. Related to this inner state are the issues of being merciful and merciless, the implications of which can be seen in one’s private and public life. The topic of the foregoing Hadees is the significance of mercy and the disapproval of mercilessness; and its tenor is considerably vast. To gain an understanding of its expansiveness, consider the following few of its intended meanings:

1.   The one who is not considered amongst those who show mercy is not shown mercy by Allah عَزَّوَجَلَّ.

2.   The one who does not show mercy to people by doing good is not granted reward by [Allah عَزَّوَجَلَّ].

3.   The one who did not receive the mercy of belief (Iman) whilst living in this world will also not receive mercy in the hereafter.

6.   [Alternatively,] The mercy ascribed to a person refers to charity (Sadaqah), and the other mercy refers to calamities. The meaning, in this case, is that only the one who gives charity is protected from calamities. (Fayz-ul-Qadeer, vol. 6, p. 310, under the Hadees 9090 Summarised)

The Prophet صَلَّى الـلّٰـهُ عَلَيْهِ وَاٰلِهٖ وَسَلَّم arrived as a mercy to all the universe. It is by virtue of his mercy that Islam reached us, for the companions to have remained in his company is what engendered his blessings to impart to them. Allah Almighty has mentioned this in the Glorious Quran:

The Messenger of Allah صَلَّى الـلّٰـهُ عَلَيْهِ وَاٰلِهٖ وَسَلَّم once stated: ‘You will certainly not be believers until you are merciful to one another.’ The companions رَضِىَ الـلّٰـهُ عَـنْهُم said: ‘O Messenger of Allah! Each one of us is merciful.’ He صَلَّى الـلّٰـهُ عَلَيْهِ وَاٰلِهٖ وَسَلَّم replied: ‘Being merciful to your friend is not intended, rather generally being merciful is intended.’ (Majma’-uz-Zawaid, vol. 8, p. 340, Hadees 13671)

One should also be mindful that mercy is not solely associated with humans, rather all of Allah Almighty’s creation this includes animals. If we observe what is happening around us, we will see that many children and youngsters purposelessly hit cats, dogs, donkeys and other animals. In some areas, pigeons, parrots and other small creatures are cooped up without any reason. Some animals are even tethered without reason and are messed around with for purposes of fun and entertainment. Parents should stop their children from doing such things. In relation to this, note the following two narrations:

Hishaam Bin Zayd Bin Anas mentioned that he went with his grandfather, Sayyiduna Anas Bin Malak رَضِىَ الـلّٰـهُ عَـنْهُ, to the house of Hakam Bin Ayyub. There, some people had tethered a hen and were using it a target for their archery. Sayyiduna Anas رَضِىَ الـلّٰـهُ عَـنْهُ said: ‘The Messenger of Allah صَلَّى الـلّٰـهُ عَلَيْهِ وَاٰلِهٖ وَسَلَّم has prohibited tying animals and hitting them.’ (Muslim, p. 832, Hadees 5057)

Showing mercy towards the creation of Allah عَزَّوَجَلَّ can be the reason for our forgiveness. Note the following account on this matter. Someone saw Imam Ghazali رَحْمَةُ الـلّٰـهِ عَلَيْه in his dream and asked: ‘How did Allah Almighty deal with you?’ He replied, ‘Allah Almighty forgave me.’ It was asked: ‘What was the reason for being forgiven?’ He answered: ‘A fly sat on my pen to drink ink, and so I stopped writing until it had done so and flew away.’ (Lataaif-ul-Manan, p. 305)

The human race has invented new ways of demonstrating mercilessness, which they have given labels such as ‘enjoyment’, ‘sport’ and others alike. People have brought grief and pain to the creation of Allah Almighty. A significant number of His creation have fallen victim to such mercilessness and ended up dying. There is a need for the manifestation of Islam’s teachings on mercy to be disseminated to every village, city and country. By affiliating yourself with Dawat-e-Islami, the movement of the Prophet’s devotees, you too can learn, adopt and spread the teachings of mercy. 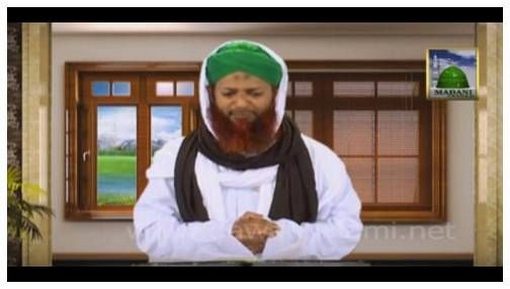