Virtues of the Prophet’s Ummah

Virtues of the Prophet’s Ummah

Regarding the statement of Allah Almighty:

“You, ˹ the nation of Prophet Muhammad˺, are the best among all those nations which appeared amongst the people.”[1]

“You will complete seventy Ummahs; you are the most superior and noble of them before Allah.”[2]

This hadith denotes a most precious aspect of being from the Prophet’s followers. Certainly, the gift of being from his nation is a favour for which we cannot thank Allah enough, let alone for being the best nation.

The meaning of ‘best Ummah’

Before Allah Almighty, no nation compares to the Ummah of the Prophet صَلَّى الـلّٰـهُ عَلَيْهِ وَاٰلِهٖ وَسَلَّم being the best. The Preserved Tablet records this nation as the most superior, and previous nations were foretold of the Muhammadan nation.[3]

Is the honour of being the ‘best Ummah’ specific to certain people or applicable to all? In regards to this, there are a number of views.

1.   The noble Prophet صَلَّى الـلّٰـهُ عَلَيْهِ وَاٰلِهٖ وَسَلَّم stated, “The best of people are those from my time, then those who will follow them, and then those that will follow them.”[4]  According  to this hadith, the Companions عَـلَيْهِمُ الرِّضْوَانْ are the most superior believers, followed by their students, and that the earlier people of this Ummah are superior to the latter ones.[5]

The truth of the matter is that the verse addresses the entire Ummah, because even though there are sinners amongst them, their association with the noble Prophet صَلَّى الـلّٰـهُ عَلَيْهِ وَاٰلِهٖ وَسَلَّم makes them fall under this goodness (of being the best). Even if a pearl becomes covered with mud, it still remains a pearl with the condition that it remains connected to the beloved Prophet صَلَّى الـلّٰـهُ عَلَيْهِ وَاٰلِهٖ وَسَلَّم .[7]

3.   This distinction only applies to the Muhājirīn.

4.   It refers to the martyrs and the pious.

5.   The honour of being the best is for those that encourage good and forbid evil.[8]  Enjoining right and forbidding evil is a condition for attaining this distinction of being ‘best’.  This honour will cease when people relinquish this.[9]  Imam Mujāhid رَحْمَةُ الـلّٰـهِ عَلَيْه states, “You will be called the best nation from the nations that came forth when the qualities ˹of enjoining right and forbidding evil˺ mentioned in the blessed verse manifest in you.”[10]

The meaning of completing seventy

Allah Almighty has honoured the Ummah of the Prophet Muhammad صَلَّى الـلّٰـهُ عَلَيْهِ وَاٰلِهٖ وَسَلَّم with many exclusive merits (khaṣāʾiṣ) including:

1.   Granting them permission to perform tayammum in the absence of water.

2.   Designating water as a means of removing filth.

3.   The blessing of Friday prayer.

4.   The honour of congregational prayer.

5.   Giving legal authority to the consensus of the Ummah and making their differences a source of mercy, in contrast to earlier nations whose differences were a source of loss and punishment.

6.   Making plague a means of martyrdom and a mercy while it was a punishment for earlier nations.

7.   Accepting all their supplications.

8.   Making wudu a means of purification from sins.

9.   Making mountains and trees congratulate each other whenever someone from the Ummah glorifying Allah Almighty passes by.

10.   The opening of the doors of the heavens for the deeds and souls of the Ummah of the Prophet صَلَّى الـلّٰـهُ عَلَيْهِ وَاٰلِهٖ وَسَلَّم , and the Angels congratulating them.

11.   The presence of senior and powerful saints such as the Saintly Poles (aqṭāb), Saintly Pillars (awtād), Distinguished Masters (nujabāʾ) and Generous Substitutes (abdāl)[12] amongst them. Imam Ḥasan رَحْمَةُ الـلّٰـهِ عَلَيْه stated, “If the Substitutes were not present, the earth would fold up its treasures. If there were no pious people, there would be corruption on earth. If there were no scholars, people would be like animals.”

12.   The angels in the celestial realms hear the adhan and the pilgrims’ call (talbiya) of the Ummah.

13.   There is no one in the Ummah that will be bereft of mercy.

14.   The presence of angels at the time of jihad.

15.   This Ummah being addressed as “Dear believers!” in the noble Quran, in contrast to earlier nations who were addressed as “O needy ones!” in the books revealed to them.

16.   The signs of prostration becoming prominent on their foreheads.

17.   This Ummah will have the distinction of speedily crossing the Bridge on the Day of Reckoning.

18.   The pious will be able to intercede for the sinners.

19.   The people from this Ummah that are punished for their deeds in this world will come on the Day of Judgement purified from those sins.

20.   Seventy thousand people from this Ummah will enter Paradise without accountability.

21.   This Ummah has been gifted five daily prayers which are a means of forgiveness.

22.   Allah Almighty bestowed the most ease on this Ummah.

23.   In the previous Ummahs, killing oneself was a form of repentance for one’s sins. This trial has been lifted from this Ummah.

24.   The expiation for looking at something unlawful was to pluck out one’s eye. Such forms of penance are not permissible for this Ummah.

25.   The canons of earlier nations dictated that if filth stained clothes, it would have to be cut away and could not be purified with water. This is not the case with this Ummah.

27.   Paradise was forbidden for the one who committed suicide. This is not the case with this Ummah.

28.   If the action of one from this Ummah is not accepted, it remains hidden, whereas the previous nations faced disgrace if their actions were not accepted. If a person from the Israelites sinned, he would be deprived of the sense of taste and his sin would be written on his door. Allah Almighty has veiled this Ummah.

29.   The punishments that descended on the earlier Ummahs will not descend upon this Ummah.

30.   In comparison with the earlier Ummahs, the lifespans and actions of this Ummah are less, but their reward is far greater.[13]

[12] The names of different stations of the noble awliya` 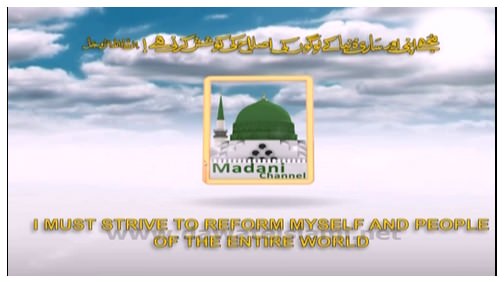 Love Of Beloved Prophet ﷺ For His Ummah