Thought of virtuous deed and sins 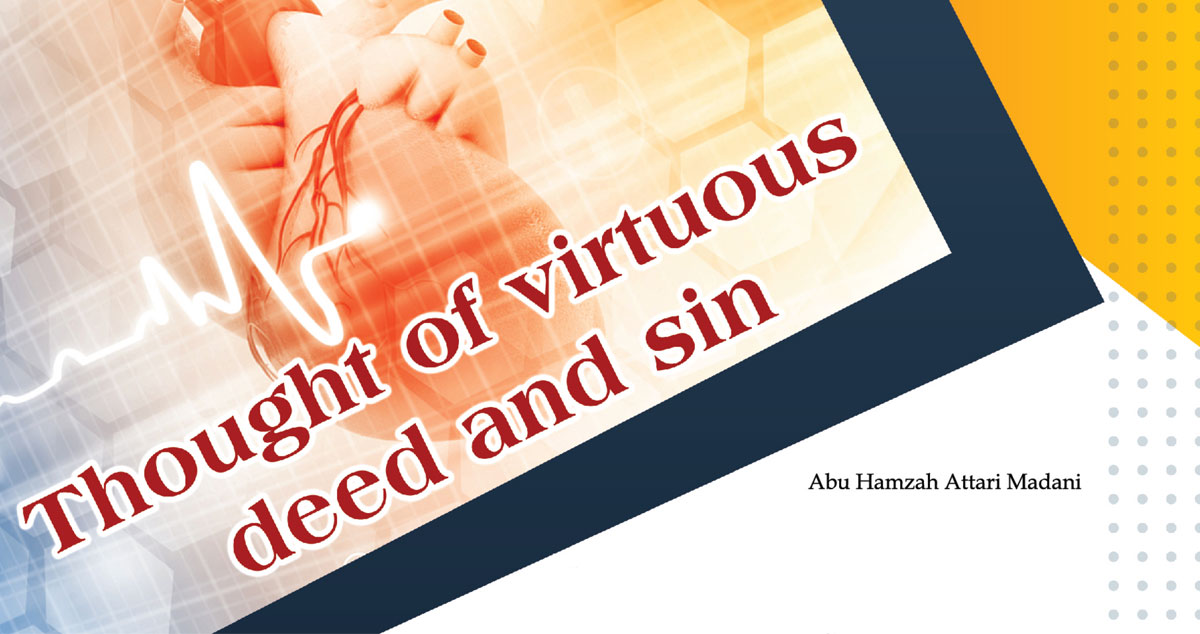 5 ‘عَزْم’ [‘Azm] means the thought of carrying out that act becomes further strong, but not confirmed.

There is a consensus among all that there is no accountability for ‘ھَاجِس’ [Haajis] because it is impossible to stay safe from it. After it, there is ‘Khaatir’ which a person can remove because he can deflect attention away from the evil as its thought comes to mind. ‘Khaatir’ and ‘Hadees-e-Nafs’ are exempted due to the blessed Hadees.[1] When ‘Hadees-e-Nafs’ is exempted, the thoughts which have been mentioned before it are more exempted.

If these three types of thoughts [i.e. Haajis, Khaatir and Hadees-e-Nafs] are about virtue, so one cannot get Sawab [reward] for them due to not having the intention to perform a virtuous deed. Anyhow, when ‘ھَمّ’ [Hamm] is about a virtue, a virtue will be written and if it is about a sin, a sin will not be written. Then if he refrains from sin for the pleasure of Allah Almighty, virtue will be written and if he commits a sin, only one sin will be written, whereas there is accountability for ‘عَزْم’ [‘Azm]. (Bareeqah Mahmoodiyah fi Sharh Tareeqah Muhammadiyyah, vol. 2, pp. 141)

Example of thoughts relating to heart

These five types can be understood by this example. If this thought comes to someone’s heart that he should commit a theft, this thought is ‘Haajis’. If this thought comes repeatedly, it is ‘Khaatir’. When he turns towards theft and makes this plan that he has to steal from such and such a house, break its such and such a wall, return through such and such a route, etc., so it is ‘Hadees-e-Nafs’. When he has intended to commit a theft and the intention to commit the theft dominates but he has a little presumption too that he might get caught and therefore he feels that it is better for him not to commit the theft, it is ‘Hamm’. When this little presumption is also dispelled, and he makes a firm intention that he will surely commit the theft even if he is caught, it is ‘Azm’. There is no accountability in the first four types, whereas there is accountability for the fifth type, i.e. ‘Azm’, though he does not act upon his ‘Azm’ due to any reason. For example, if he enters a house with the intention of theft, but he discovers that there is nothing there, therefore he returns, so now he will get the sin of [committing] theft because he had made a firm intention to commit the theft. If there had been valuables, he must have stolen [them].

Making intention to perform a virtuous deed is also a virtue

It is also stated in a long blessed Hadees of Sahih Muslim that [Allah Almighty has stated]:

Regarding this blessed Hadees Mufti Ahmad Yar Khan رَحْمَۃُاللہِ تَعَالٰی عَلَیْہ has said: ‘ھَمّ’ [Hamm] means a weak intention, that is to say, one virtue will even be written in the Book of Deed of the one who makes a weak intention to perform a virtuous deed, though he does not perform it due to any Shar’i reason or any apparent reason. For example, if someone makes an intention for Hajj, but his name is not chosen by a lot so he will get the Sawab for his intention as it is also a virtue to make intention for a virtuous deed or rather desire to perform a virtuous deed is also a virtue.

For example, if Hujjaj are going for Hajj, seeing them a poor person sheds tears on the state of his being deprived and expresses this wish, ‘If I had money, I would also go [for Hajj]’, he will get the Sawab. A person is pondering over the good luck of blessed companions رَضِىَ الـلّٰـهُ تَعَالٰی عَـنْهُم by thinking that they were very fortunate as they were blessed with the blessed Deedar [sight] of the Beloved Rasool صَلَّی اللہُ تَعَالٰی عَلَیْہِ وَاٰلِہٖ وَسَلَّمَand thought that

He رَحْمَۃُاللہِ تَعَالٰی عَلَیْہ has further said: There is a difference between ‘Hamm’ and ‘Azm’. ‘Hamm’ means ‘the thought of sin’; it is not a sin, in fact, to refrain from it and make repentance is a virtue. (Mirat-ul-Manajeeh, vol. 8, pp. 151, 152)

[1] The Beloved Rasool صَلَّی اللہُ تَعَالٰی عَلَیْہِ وَاٰلِہٖ وَسَلَّمَ has said: The evil thoughts which come to the heart of my Ummah, Allah Almighty forgives them until they act upon them or use them in their conversation. (Sahih Bukhari, vol. 2, pp. 153, Hadees 2528)

Language diversity is also one of the signs of Allah Almighty. Somebody speaks Arabic, somebody Urdu, somebody English and somebody
Read Article

Dear Islamic brothers! Wonders of digit seven are spread from the birth of creation to the time when people will enter Paradise and Hell! Many
Read Article

Dear Islamic brothers! In our religion, Islam, great importance of right hand and right side has been mentioned. Let’s read some interesting information about it.
Read Article