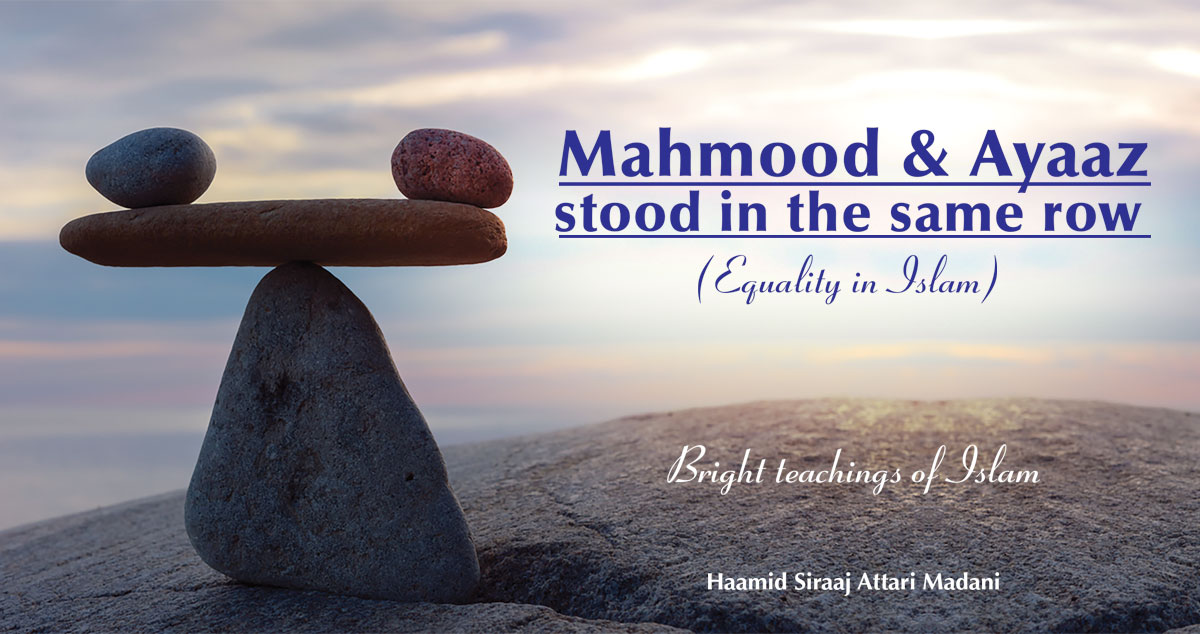 Preserving the rights for the survival of human life in a society is very necessary which is not possible without serving justice. The real justice involves eliminating even the concept of discrimination between the rich and poor, master and slave, ruler and subject etc. While Islam has blessed us with a system of justice, it has also provided us with golden rules to maintain the equality. Equality is a peculiarity of Islam, it is such a unique attribute that in whatever society Islam was practically implemented, countless examples of preserving the rights related to life, finance, socialness and ethics etc., were set.

Masawaat means equality. It means whoever acknowledges Tawheed and Risalat irrespective of what country he is from or what language he speaks, he will enjoy all the rights what other Muslims do. This is the Islamic equality. Our religion teaches us that all Muslims are equal in the blessed sight of Allah عَزَّوَجَلَّ. No one has superiority over others on the basis of colour, race, lineage etc.

Along with establishing justice in this world, Islam also does not make elevation of ranks, success and attainment of closeness to Allah Almighty particular to any gender or society even in Hereafter but rather Islam, according to the principle of Islamic equality, declares them equal for everyone ‘man and woman’, ‘ruler and ruled’, ‘king and subject’ etc. In terms of deeds, each Muslim can excel others in attaining the closeness to Allah عَزَّوَجَلَّ by obeying Allah عَزَّوَجَلَّ and His Beloved Rasool صَلَّى اللّٰہُ تَعَالٰى عَلَيْهِ وَاٰلِهٖ وَسَلَّم. Allah عَزَّوَجَلَّ says:

Translation from Kanz-ul-Iman: And whoever does some good deeds; be it a man or woman, and is a Muslim, will be admitted to Paradise and they will not be wronged even to the extent of a sesame seed. (Part 5, Surah An-Nisa, Ayah 124)

The blessed Ahadees and equality

It is learnt that excellence and supremacy can be attained by virtue of piety alone.

The 5 times Salah with Jama’at (congregation) also give a practical interpretation of Islamic equality. So, the devotees of Rasool, coming from all parts of the world each year in Makkah on the occasion of Hajj, practically demonstrate Islamic equality by calling out ‘Sada`ay Labbayk’ unanimously dressed in the same clothing and eliminating all discrimination of colour, language, lineage, homeland etc.

Humans are in need of mutual help in order to live their lives. Buying, selling and trading is one practical example of this help.
Read Article