Friends Before The Announcement Of The Prophethood

Questions and answers of Madani Muzakarah

What is the correct pronunciation of the name Abu Bakr?

Question 2: What is the correct pronunciation? Abu Bakr or Abu Bakar?

Answer: The correct pronunciation is Abu Bakr (اَبو۔بَکْ۔ر). There are many words that generally people do not pronounce correctly. For example, they pronounce Zikr and Fikr as Zikar and Fikar, Qabr as Qabar, Qur`an as Quran, سُبْحٰنَ الله as سُبَانَ الله, اَلْـحَمْـدُ لـِلّٰـهِ as اَلَمْدُلَا, and اَلسَّلَامُ عَلَیْکُمْ as سَامْ عَلَیْکُمْ or سَالِیْکُم. Similarly, they do not pronounce اَعُوْذُ بِالله and بِسْمِ الله correctly either, whereas these all are religious terms and Azkaar. It is important to pronounce them correctly which will only be learnt by acquiring knowledge about them. May Allah Almighty make us good and reform us. (Madani Muzakarah, 4th Muharram-ul-Haraam 1441 AH)

How many days did Khuwajah Ghareeb Nawaz perform ‘Chillah’ for?

Answer: The literal meaning of the word ‘Chillah’ is ‘a period of 40 days, 40 days of spiritual and religious practice, etc.’, and the place where a noble saint performs a ‘Chillah’ is also called a ‘Chillah’. Anyhow, Khuwajah Ghareeb Nawaz رَحْمَةُ الـلّٰـهِ عَلَيْه performed ‘Chillah’, i.e. worshipped, near Data Darbar. This has been written in books and his ‘Chillah’ is also made there as his memorial. However, how many days was this worship for, this would perhaps be stated explicitly in any book of Seerah, but I am not aware of it. (Madani Muzakarah, 21th Jumadal Ukhra 1441 AH)

What is the meaning of ‘Ghareeb Nawaz’?

Question 4: Congratulations to you upon the arrival of the month of Rajab. Please tell us the meaning of ‘Ghareeb Nawaz’?

Answer: Congratulations to you also upon the arrival of the month of Rajab. ‘Ghareeb Nawaz’ means: The one who bestows the poor, the one who opens the doors of generosity upon the poor and the one who enriches them. اَلْـحَمْـدُ لـِلّٰـه our Khuwajah-e-Khuwajgaan, Sayyiduna Ghareeb Nawaz رَحْمَةُ الـلّٰـهِ عَلَيْه would bestow the poor and enrich them with riches. (Madani Muzakarah, 21th Jumadal Ukhra 1441 AH)

Question 6: Why is Rajab-ul-Murajjab called the month of Allah عَزَّوَجَلَّ?

Recite Salat and Istighfar abundantly in the month of Rajab

Question 7: We have heard that in the month of Rajab, one should perform Istighfar (repent). Please tell us how much Salat should be recited and how much Istighfar should be made in this month?

Question 8: If a person unintentionally feels jealous looking at the wealth of another, how can he find cure for this?

Answer: If a person starts to feel jealousy in his heart, then he should avoid it. To develop a mind-set that the blessing of so-and-so person is taken away from him is ‘jealousy’. And if one develops a mind-set that Allah Almighty has bestowed so-and-so, only if! I be blessed like him also. This is ‘envy’, which is called ‘Ghibtah’ in Arabic, and having Ghibtah is permissible. (Ihya-ul-‘Uloom, vol. 3, pp. 234-235, selected; Madani Muzakarah 1st Rabi’-ul-Aakhir 1441 AH)

Question 9: In Muharram-ul-Haraam, Niyaz is given on a dish called Khichra, on the 15th of Sha’ban on Halwah (sweet confection) and on the occasion of the ‘Urs of Imam Ja’far Sadiq رَحْمَةُ الـلّٰـهِ عَلَيْه, Niyaz of koonday is given. Other than these dishes, can Niyaz not be given on anything else?

Answer: These things are not fixed, Niyaz can be given on other things also. However, if someone gives Niyaz on just these things, we cannot call it impermissible, as the Shari’ah has declared these things Halal. Like if someone has egg omelette and bread for breakfast, meat and rice in the afternoon and Khichri in the evening and this is his routine for many years, then this cannot be called impermissible as all these things are Halal. (Madani Muzakarah, 4th Muharram-ul-Haraam 1441 AH)

What to do if one cannot develop positive opinion?

Question 10: Sometimes, such things take place between people that a person cannot develop a positive opinion regarding the other. In this case, what should one do?

Answer: Try to forcefully develop a positive opinion, and the ill-assumption that is being developed, do not bring it to the tongue; otherwise one will regret. (Madani Muzakarah, 1st Rabi’-ul-Aakhir 1441 AH)

A: If you wish to recite the entire Quran every day, you can do so. However, it is written in Shajarah Qadiriyyah

The hadith describe how the beloved Prophet صَلَّى الـلّٰـهُ عَلَيْهِ وَاٰلِهٖ وَسَلَّم made his accompanying jinn become a Muslim.

A: “The two” as mentioned in the first line of poetry, is a reference to our masters Ḥasan and Ḥusayn رَضِیَ الـلّٰـهُ عَنْهُمَا .

A: There is no problem in using qurbani meat for khichra which is prepared as niyaz. The khichra

A: Yes, children can perform Hajj. There is even a specific chapter in Rafiq al-Haramayn which discusses the Hajj of children. 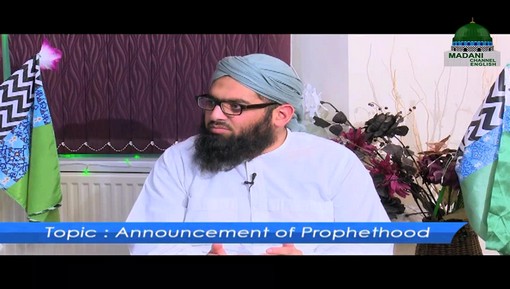