Mistakes Committed During Hajj and Umrah

Hajj is a great pillar of Islam. On the occasion of Hajj, millions of Muslims dressed in two shawls gather together. Every Muslim recites Labbayk [لَبَّیْک]. Millions of people devotedly move around the Holy Ka’bah and perform Sa’ee between Safa and Marwah. On a specific date (i.e. 9th Zul-Hijjah), they stay at a particular place (i.e. the plains of ‘Arafat). In short, it is a very spiritually uplifting occasion. However, even when fulfilling this sacred obligation, a considerable number of people commit mistakes unknowingly. Therefore, many mistakes are being identified below so that these could be avoided when performing Hajj and Umrah.

Mistakes in the state of Ihram

٭ In the state of Ihram, it is absolutely essential to refrain from using fragrance or eating something fragrant such as cloves, cardamoms, etc. Sometimes, there is a perfume bottle in the pocket of the belt tied around the waist. If a Muhrim puts his hand into the pocket, resulting in his hand coming into contact with a lot of fragrance, then it will be compulsory to pay a Dam[1] [دَم]. In case of little amount of fragrance coming into contact with the hand, then Sadaqah[2] will be compulsory. Sometimes, a Muhrim wears a garland of roses after he has made the intention of Ihram. A rose is pure fragrance. If its fragrance clings to the pieces of clothing in large quantities and the Muhrim wears such a piece of clothing for 12 hours, it will be compulsory to pay Dam; otherwise, Sadaqah. If a small quantity of fragrance has come into contact with as much portion of the cloth as a hand-span or less than it, and the Muhrim wears it for 12 hours, Sadaqah will be compulsory. If he wears it for less than 12 hours, it is Wajib to give a handful of wheat as Sadaqah.

If the fragrance is in small quantities but has come into contact with more than a hand-span portion of the cloth, the ruling of fragrance in large quantities coming into contact with the cloth will apply in this case, i.e. if the Muhrim wears this piece of clothing for 12 hours, Dam will be compulsory, and if he wears it for less than 12 hours, Sadaqah is compulsory. If no fragrance clings to the pieces of clothing despite Muhrim wearing the garland, no expiation will be paid.

٭ In the state of Ihram, sometimes, a Muhrim wears the upper shawl in such a way that it touches his own head and face or those of some other Muhrim. At times, it covers his whole head and sometimes it catches on the shaved heads of other Muhrims. Some people perform Tawaf while holding an umbrella that touches the head of the other Muhrim again and again. Similarly, Islamic sisters wear veil-attached caps but the veil touches their faces. Sometimes, it clings to the face because of heavy wind. Remember! If a Muhrim does not take care and the cloth touches his head or face, then it may result in Dam being compulsory in some cases and Sadaqah in some other cases. Whether the cloth touches the head or the face deliberately or forgetfully or due to someone else’s mistake, the same ruling will apply.

٭ During Tawaf, the chest or back of many Hajj-pilgrims turns towards the Holy Ka’bah again and again. Remember: It is Wajib to repeat the part of the Tawaf for the distance for which the chest or back faced the Ka’bah. It is preferable to repeat that round. If a Haji returns from Makkah without repeating the part of the Tawaf of this distance, it will be compulsory for him to pay Dam.

٭ It is very necessary to cover the Satr area of the body, especially during Tawaf; otherwise, it will be compulsory to pay Dam in some cases. Islamic sisters should take special care in this regard. Sometimes, one fourth part of the forearm of Islamic sisters and, at times, the whole forearm gets uncovered while they are performing the Istilam of Hajar-e-Aswad. Similarly, sometimes, the scarf slips slightly in the crowd and some hairs of the head get uncovered.

٭ Some Hajj-pilgrims recite Du’as aloud during Tawaf. Remember: Reciting anything so loudly that it causes inconvenience to other Tawaf-performing people or Salah-offering ones is Makruh Tahreemi, impermissible and sin. Those whose mobile phones continue to ring during Tawaf, putting worshippers to inconvenience should ponder and repent.

Mistakes committed during stay in ‘Arafah

٭ After reaching Makkah and performing one ‘Umrah, many people perform additional ‘Umrahs. After having Halq done once, it is necessary to shave the head with a razor the next time. But some people use only a pair of hair clippers[4]. In this way, neither Halq nor Taqseer is valid and Ihram continues to exist as usual. Therefore, care must be taken in this regard.

٭ Due to lack of knowledge, some people offer the Salah of Tawaf during any Makruh time such as the time of Zawaal. It should remain clear that the one offering this Salah during any of the three well-known Makruh times will not be released from it. Instead, it will remain Wajib as usual. If one returns to his country, then it is necessary to offer it again in one’s own country in a non-Makruh time.

٭ It is a Sunnah to perform Idtiba’ [اِضْطِباع], i.e. to keep the right shoulder uncovered during all the seven rounds of the Tawaf which is followed by Sa’ee. However, one should cover the shoulder as soon as the Tawaf finishes. But a considerable number of people offer the Salah of Tawaf with the shoulder uncovered. It is Makruh to offer Salah in this state.

٭ Some people go to Taif for visiting holy sites. Upon returning, they do not put on the Ihram of ‘Umrah at Meeqat. Taif is located outside Meeqat and it is necessary for those coming towards Makkah from outside Meeqat to put on the Ihram of ‘Umrah. If anyone comes to Makkah from outside Meeqat without putting on Ihram, it is compulsory for him to go to Meeqat again and then return after putting on Ihram. If he does not go, then it will be compulsory for him to pay Dam.

٭ Those going to perform Hajj and ‘Umrah should seek guidance from the scholars of Ahl-us-Sunnah regarding Qasr Salah by telling their schedule of stay in Makkah and Madinah. It might be necessary for them to offer Qasr Salah at certain places including ‘Arafat and Muzdalifah. They should have knowledge about it. Sometimes, some people offer Qasr Salah at the place where they are required to offer complete Salah. Therefore, it is essential to pay attention to this matter.

These are only a few mistakes identified as examples. For further details, study the sixth part of ‘Bahar-e-Shari’at’, ‘Rafeeq-ul-Haramayn’ and ‘27 Wajibat-e-Hajj aur Tafseeli Ahkam’ published by Maktaba-tul-Madinah. May Allah Almighty protect us from every sort of mistake during Hajj and ‘Umrah!

[1] A Dam (dʌm) implies one goat (male or female, sheep, ram or the seventh part of a cow or camel).

Allah Almighty has prepared a terrifying and frightening location in the Hereafter to punish the disbelievers, 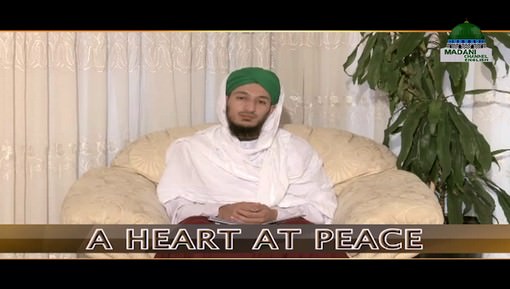 The Virtues Of Zikr