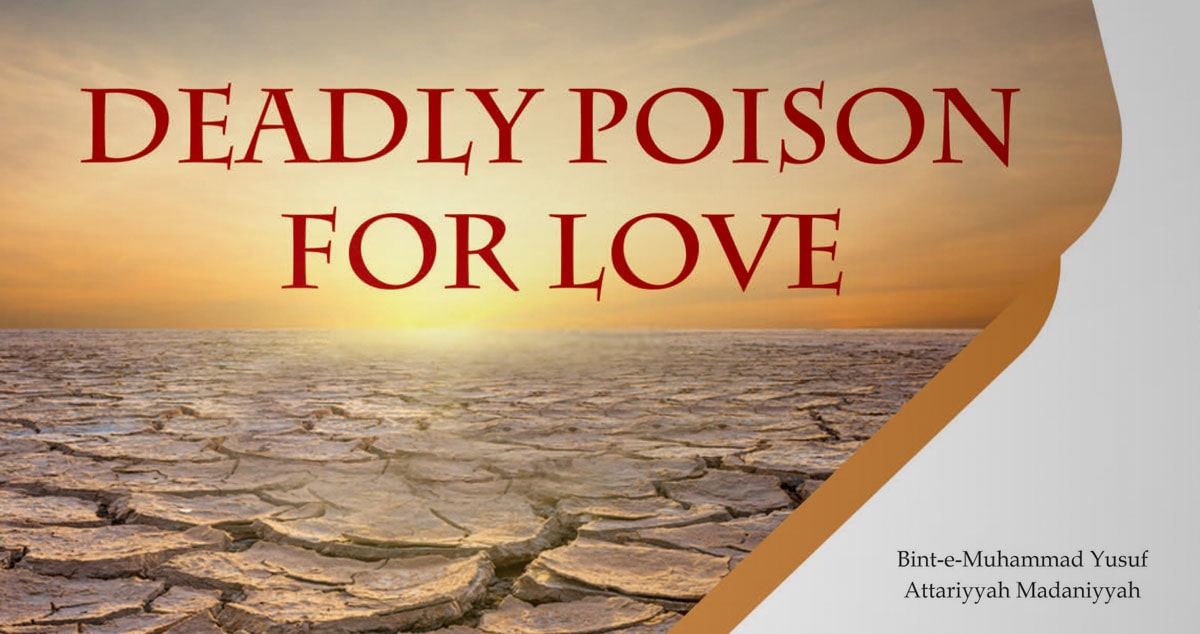 ‘My beloved brother has returned after performing ‘Umrah. I was thinking of inviting him next Thursday [for dinner]. What is your opinion?’, Zeeshan looked at his wife while saying these words,. As you deem appropriate’, Umm-e-Farwah, too, replied in the affirmative.

Since Thursday afternoon, Umm-e-Farwah had been busy with preparation. On one stove, Biryani was cooking, while on the other [stove], mutton Quarma [was cooking] and Umm-e-Farwah herself was busy decorating Kheer with pistachio and almond. Unusually (out of routine), Zeeshan too reached home after Maghrib.

‘Oh wife! How long will it take? Isha Azan has been called’, Zeeshan said while peeking into the kitchen. ‘Only your brother is late, otherwise the dinner is ready. You should offer Isha Salah and come back. Hopefully, until then the guests will reach too’, replied Umm-e-Farwah.

When Zeeshan came back after offering Salah, Umm-e-Farwah had been sitting holding a mobile phone. There was no sign that the guests were arriving. ‘Call your brother and ask where he is. ‘That is no way to behave after giving time to someone’, seeing Zeeshan entering the room, Umm-e-Farwah complained. ‘Ok respected [wife]! Don’t become angry; your hard work will not be wasted’.

After listening to the complaint of his wife, Zeeshan consoled her and while consoling her he picked up his mobile phone from the table. ‘May Allah make everything fine’! Both phone numbers of my brother are off’, putting down his mobile phone, Zeeshan said. ‘Only you are interested in expressing love for your elder brother. He does not even care. A week has passed since he returned from ’Umrah, but he has not even sent us dates and Zamzam water yet. Now we have invited him for dinner, but he has not come after making a promise to us. He must have been called by his in-laws or a rich friend must have invited him for dinner. Your brother has already been promoted [in his job], so why would he like to meet people like us!’ Umm-e-Farwah left the room after saying this, whereas Zeeshan was still lost in the thoughts as to why his respected wife took a small matter so serious.

In the meantime, a sound of a ringing bell was heard. Zeeshan went and opened the door.

His sister-in-law was standing holding the hands of her children. ’Come in sister-in-law!’ Zeeshan said while moving away from the door.

‘Your brother is waiting for you near the Rickshaw driver’. Saying this his sister-in-law went inside and Zeeshan walked towards the rickshaw driver, standing in the corner of the street.

‘Where had you been?’ Umm-e-Farwah, too, came in the courtyard after listening to the door bell, asking her sister-in-law, while taking her to her [Umm-e-Farwah’s] room.

‘O sister! Don’t ask! I am grateful to Allah Almighty that our lives are safe,’ the sister-in-law said while taking her Burqa off after reaching the room.

‘On the way, two bikers stopped us on a deserted road and ran away after taking our bike, mobiles and purse all at gunpoint. After a very long time, we found a rickshaw to reach here. I have just sent brother Zeeshan to pay the rickshaw fare.’

Having heard the sister-in-law’s explanation, Umm-e-Farwah recalled a blessed Hadees she read the previous day on WhatsApp that the Beloved Rasool صَلَّى اللّٰهُ عَلَيْهِ وَاٰلِهٖ وَسَلَّم has said, ‘Save yourself from evil presumption. Undoubtedly, evil presumption is the worst lie’. [Bukhari, vol. 3, pp. 446, Hadees 5143]

‘Oh sister-in-law! May Allah grant you Taufeeq to have patience. May you recoup your loss. Do sit comfortably, while I get the food ready. The children will also be hungry’.

After making her sister-in-law sit in the room, Umm-e-Farwah went towards the kitchen. While going towards the kitchen, Umm-e-Farwah was feeling embarrassed about her previous thoughts in her heart as evil presumption is not only a sin, but it also destroys relations and love. Many times, after listening to someone or watching someone’s actions, we have different evil thoughts in our hearts [about him], without even knowing his explanation. These thoughts, later on, work as a deadly poison for friendship and relationship. May we treat others in the same gentle way as we ourselves like to be treated.