Before the Judgement Day, there will be a time when disbelief will spread in the world, there will be cruelty and rebellion everywhere on earth, Islam will be confined to Haramayn-e-Tayyibayn, and Awliya (pious saints) and Abdaal will migrate there. Then a person will be born from the offspring of Sayyidatuna Fatima-tuz-Zahra رَضِیَ اللّٰهُ عَنْهَا. He will promote justice everywhere on earth and will be the fifth king who will rule the entire earth. He is called Imam Mahdi. (At-Tazkira Bi Ahwal il-Mouta Wa Umoor-il-Aakhirah, pp. 565; summarised)

The name of Sayyiduna Imam Mahdi رَضِىَ اللّٰهُ عَـنْهُ will be Muhammad and his father’s name will be Abdullah, as it has been indicated in the blessed Hadees. He will be the king of all Arabs and non-Arabs. This blessed Hadees clearly states that Imam Mahdi has not been born yet, but rather he will be born. Moreover, his father’s name will be Abdullah, not Imam Hasan Askari. (Mirat-ul-Manajih, vol. 7, pp. 266; summarised) Imam Mahdi will be Hasani Sayyid from his paternal side and Husaini from maternal side. Out of his (female) ancestors (i.e. mother, paternal grandmother, maternal grandmother, etc.), there will be a mother who will be from the offspring of Sayyiduna Abbas رَضِىَ اللّٰهُ عَـنْهُ. Therefore, he will be Hasani, Husaini as well as Abbasi. It refutes the statement of the people who say that Muhammad Ibn-e-Hasan Askari is Imam Mahdi. He is hidden in a cave because he is Husaini Sayyid, not Hasani. (Mirat-ul-Manajih, vol. 7, pp. 274; summarised)

During the month of Ramadan, Abdaal will be busy performing the Tawaf of the Holy Ka’bah. There, Awliya (pious saints) will recognise Sayyiduna Mahdi رَضِىَ اللّٰهُ عَـنْهُ and request him for Bay’at (their allegiance to him). He رَضِىَ اللّٰهُ عَـنْهُ will deny. A call (voice) will be heard from Ghayb [the unseen]: ھٰذَا خَلِیْفَۃُ اللہِ الْمَھْدِیْ فَاسْمَعُوْا لَہٗ وَاَطِیْعُوْہٗ this is the caliph of Allah Almighty, Mahdi. Listen to his order and obey him. People will do Bay’at at his blessed hand. From there, he رَضِىَ اللّٰهُ عَـنْهُ will take Muslims to Syria. His era will be full of goodness and blessings. There will be justice everywhere on earth. (Kitab-ul-‘Aqaaid, pp. 30, 31)

It has been narrated from Sayyiduna Abdullah Bin Umar رَضِىَ اللّٰهُ عَـنْهُ that the Beloved Rasool صَلَّى اللّٰهُ عَلَيْهِ وَاٰلِهٖ وَسَلَّم has said, ‘(Imam) Mahdi will arrive wearing an Imamah. A proclaimer will come, raising his voice that he is Mahdi, the caliph of Allah. Therefore, you must obey him.’ (Al-Haawi-lil-Fatwa, vol.2, pp.73)

Let’s read a narration along with its commentary about the appearance of Imam Mahdi. There will be a difference of opinion at the time of the demise of a caliph. (His name is not known, but he will be the last caliph and after him, Imam Mahdi will be the caliph. Members will have a difference of opinion over who to be chosen as the caliph.) Then, a person from the people of Madinah will go towards sacred Makkah quickly (fearing that he might be chosen as a caliph). A few people from Makkah will come to him (hidden from people, he will be living in a home in Makkah Mukarramah, but the people of Makkah will reach his doorstep and request) and take him outside (and accepting him as their caliph, they will do Bay’at at his blessed hand) although he will dislike it. These people will do Bay’at at his hand between Maqam-e-Ibrahim and Hajar-e-Aswad. (At that time, the king of Syria will be an unbeliever. When he will be informed about his caliphate, in order to fight battle against him) He will send an army towards him from Syria. (The name of the army will be Lashkar-e-Sufyani). This army will be made to sink in ground between Makkah and Madinah (only one person will survive in this army and he will tell people the news of their deaths). When this Karamat (saintly miracle of Imam Mahdi will become famous among people, Abdaal of Syria and the groups of Iraq will come to him and will do Bay’at at his hand. Then a person from Quraish will appear whose maternal uncle will be from Banu Kalb. This evil man (with the help of his maternal uncles) will send an army to fight a battle against Sayyiduna Imam Mahdi. The army of Imam Mahdi will defeat them. (Abu Dawood, vol.4, pp. 145, Hadees 4286; summarised. Mirat-ul-Manajih, vol.7, pp267-269.; summarised)

In another narration, it has been stated: The person who will not be among the receivers of the booty collected from Banu Kalb will be at a loss. Caliph Imam Mahdi رَضِىَ اللّٰهُ عَـنْهُ will widely distribute the wealth and make people follow the Sunnah of their Prophet صَلَّى اللّٰهُ عَلَيْهِ وَاٰلِهٖ وَسَلَّم and then Islam will be completely established on earth. (Musnad-e-Ahmad, vol.10, pp.216, Hadees 26751; summarised)

How many years will he rule? 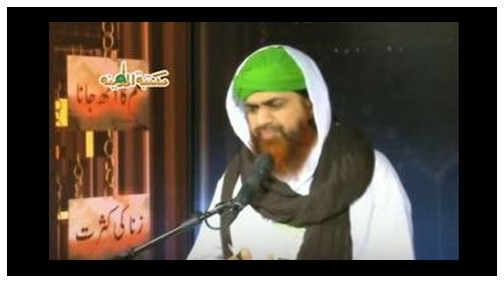