8. Meaning derived from the visible form of word

Arabic grammatical rules are created with such perfection that it leaves people astounded. All the words used in this language have their own root words and origin backgrounds which are called ‘حُرُوفِ اَصلِیَہ’ [root word] in terminology. With the help of these root words, many other words are formed with a slight change.

The visible form of Arabic words derived from the root words appear in such an excellent way that the actual meaning is reflected in all these words which are formed out of them. It is for the reason that the meanings of many words are easily understood. For example, اَلْجِنّ، اَلجَنَّۃ، اَلمَجْنُون، اَلجَنِین, origin of all these words is ‘ج،ن،ن’, respectively. Different structural forms give the following meanings: ‘hidden’, ‘concealed’ and ‘covered’.

Generally six articulators are used for pronouncing alphabets of every language: ‘Throat’, ‘Palate’, ‘Tongue’, ‘Gums’, ‘Teeth’ and ‘Lips’. The maximum advantages Arabic language has taken of these articulators, no any other language could avail them comparatively. There are 8, 9 or maximum 10 Makharij [exit points of alphabet] used in other languages for dozens of alphabets, whereas, the total number of alphabets of Arabic language is 29, even then its Makharij are 17 and according to some scholars they are 19. (Al-Mubeen, pp. 60, 61)

Those using dictionaries of any language know that one word has numerous meanings. In this unique area too, Arabic language is at top position. For example, let’s see the meanings of the word ‘عَیْن’: ‘Gold’, ‘Cash’, ‘Eye’, ‘Mouth of a well’, ‘Same very thing’, ‘To reduce’, ‘Spy’, ‘Rain’, ‘Stream’, ‘Un-levelling of pans of scales’, ‘Coming under the influence of evil eye’, ‘Mouth of a leather bag’, etc. Apart from the mentioned meanings, the linguistic scholars have mentioned many other meanings too. (Al-Mazhar lil-Suyuti, vol. 1, pp. 372)

The alphabets which are used to join and connect phrases with each other in sentences are called صِلات (Silaat) and known as ‘relative nouns’ in English. Arabic language holds a prominent place in using these صِلات. For example, a verb carries few Silaat but the same verb with every صِلہ creates a new meaning. For example, ضَرَبْتُە: I have beaten him; ضَرَبْتُ لَەٗ: I have quoted a quotation in front of him; ضَرَبْتُ عَنْەٗ: I have turned my face from him; ضَرَبْتُ فِی الاَرْض: I have travelled; ضَرَبْتُ اِلَیْە: I have gestured towards him.

Dear students! Distinctive features of the Arabic language, blessed language of our Holy Prophet صَلَّى اللّٰهُ عَلَيْهِ وَاٰلِهٖ وَسَلَّم, do not just end here, but there are also many more great wonders and people come across them during learning it, teaching it, researching on it or delivering lectures using the mode of Arabic language. For example:

خاصِیاتِ ابواب [characteristics of the groups of verbs: refers to an extra meaning of verb, apart from the literal meaning]

In short! There is no comparison of Arabic language with any other language of the world; so, Arabic language is highly incomparable language. When one studies Arabic language, recites the Holy Quran, reads Quranic commentaries or the books of Ahadees while focusing the scholarly and linguistic features of the language, he opens a door of learning in-depth features, perceives and finds many new meanings, connotations and interpretations. 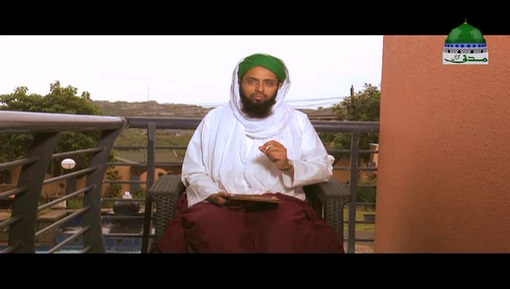