Double work in a single wage 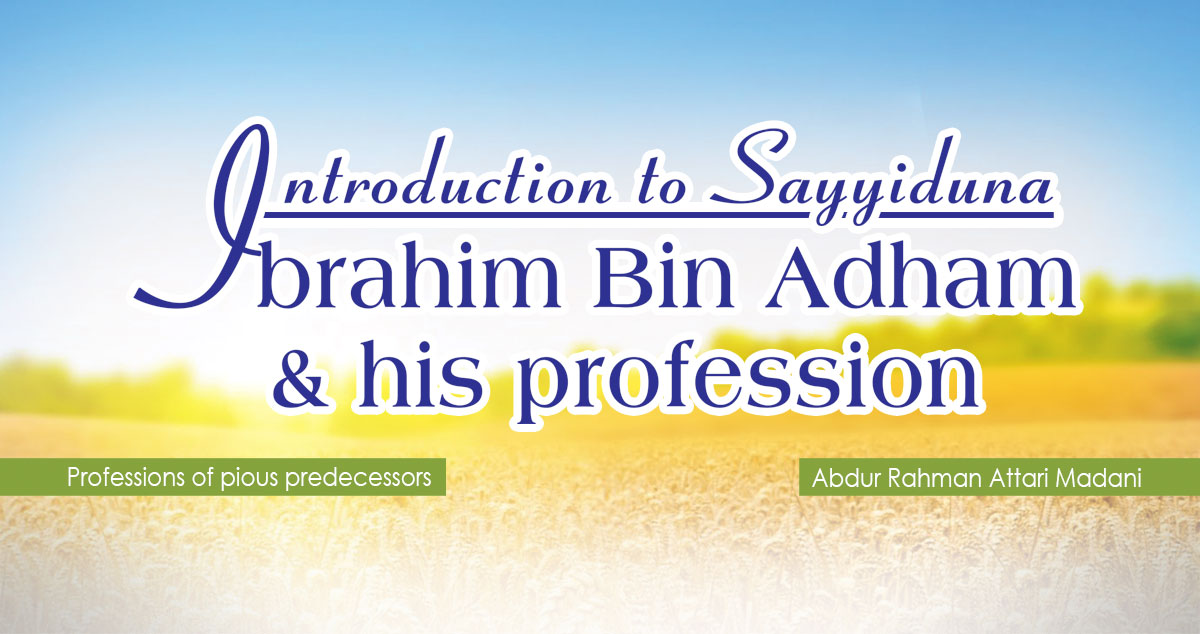 Sayyiduna Ibrahim Bin Adham رحمۃ اللہ تعالٰی علیہ had the company of Sayyiduna Imam-e-A’zam Abu Hanifah, Sayyiduna Sufyan Sawri and Sayyiduna Fudayl Bin ’Iyaad رَحِمَهُمُ الـلّٰـهُ تَـعَالٰی. He was born at the end of 100th Hijri on the occasion of Hajj in Makkah Mukarramah. He belonged to Balakh and was from the progeny of kings. One day, he went hunting. Over there, he heard a Ghaybi voice (voice from unseen) that reformed him and he became totally uninterested in the world. According to a report, he died in 162 Hijri. His blessed shrine is situated in Syria besides the shrine of Sayyiduna Loot عَـلٰى نَبِـيِّـنَا وَ عَـلَيْـهِ الـصَّلٰوة ُ وَالـسَّلَام.

He did not use to feel shy in doing minor sorts of work for earning Halal sustenance. For making a living, he used to reap crops, keep guard over orchards, carry people’s luggage on a wage and grind grain. (Al-A’laam liz-Zarkali, vol. 1, pp. 31) Once seeing a bundle of sticks on the back of his neck someone asked: O Abu Ishaaq! How long will it continue, though your brothers are sufficient for you? He replied, ‘Leave it! I have heard that the one who stands at the place of disgrace for seeking Halal sustenance, Paradise becomes Wajib for him.

Double work in a single wage

Sayyiduna Ibrahim Bin Adham رحمۃ اللہ تعالٰی علیہ has said: Once I was busy reaping crops with Arab youngsters. I used to get as much wage for reaping crops as an expert crop reaper amongst them did. I said to myself: I do not have the strength like these experts have, and nor can I reap crops in a proper way, so I used to separate from them. When they used to sleep in their beds, I used to start reaping the crops with a sickle and reap sufficiently until the morning. I used to hear them whispering to one another, saying: We do not have the strength to do so much work. He reaps crops day and night, but he takes wage equal to one person. (Hilyat-ul-Awliya, vol. 7, pp. 436)

Looking after possessions / property during work

He would also do people’s work without any wage

After offering Isha Salah, Sayyiduna Ibrahim Bin Adham رحمۃ اللہ تعالٰی علیہ would stand before people’s houses and say loudly: Is there anyone who wants his grain to be ground?

So any woman or old man would keep a small basket out of her / his home. He would keep the hand mill between both of his legs and would not sleep until he finished grinding the grains without any wage and gave it to her / him. He then would go back to his companions. (Hilyat-ul-Awliya, vol. 7, pp. 430)