Reward for helping a friend 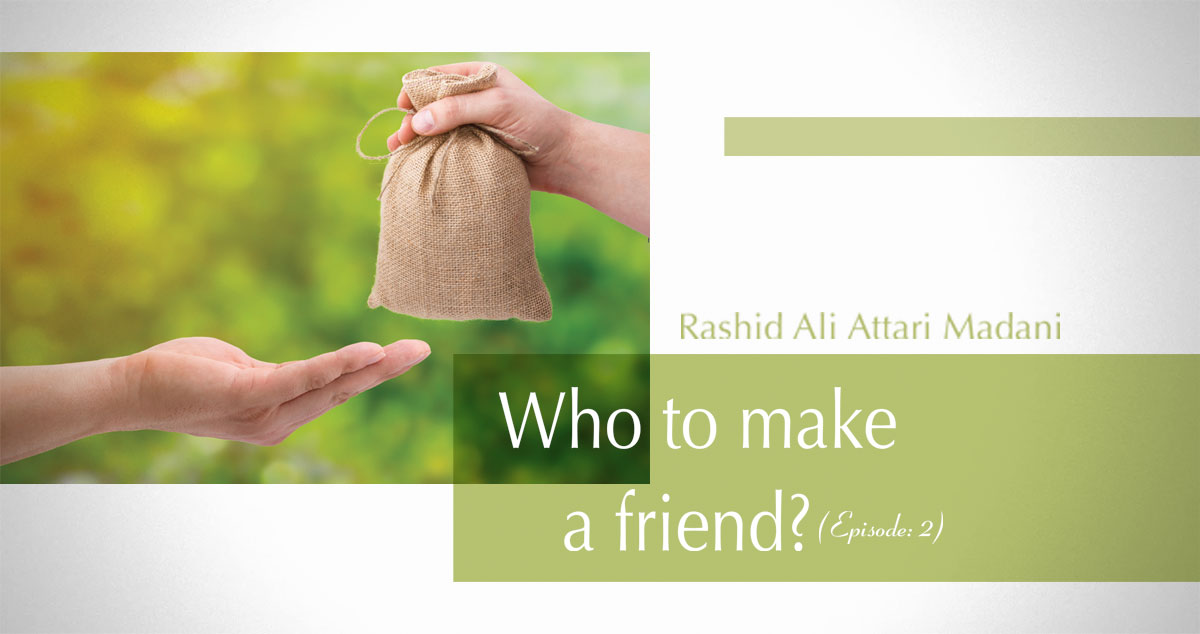 Reward for helping a friend

Sayyiduna Abu Abdullah Muhammad Waqadi Qazi رَحْمَۃُ اللہِ تَعَالٰی عَلَیْہِhas said: Once we were living in severe poverty and Eid was nearing day by day. We had nothing. I went to one of my friends who was a trader and mentioned my plight (difficult situation). He immediately gave me a sealed bag containing twelve hundred dirhams. I came to my home and handed the bag to my family members. The family members felt relieved that they would spend their Eid happily. We were about to open the bag that one of my friends came to me who belonged to the family of Sadat (The blessed descendants of the Beloved Rasool صَلَّى  اللّٰہُ  تَعَالٰى عَلَيْهِ وَاٰلِهٖ وَسَلَّم). He also had the same circumstances as we had. He asked me to lend him some money. Having heard him I went to my wife and informed her of the situation. She said, ‘Now what do you want?’ I replied: ‘We will lend half of the money to the respected Sayyid and we will spend the remaining half. In this way, we both will cover our expenses.’ Having heard this, my wife uttered a sentence, full of devotion to Rasool صَلَّی اللہُ تَعَالٰی عَلَیْہِ وَاٰلِہٖ وَسَلَّمَthat deeply impressed me. She said: When a common person like you went to his friend and requested for help, he gave you a bag containing twelve hundred dirhams and now when one of the prince from the blessed descendants of the Beloved Rasool صَلَّی اللہُ تَعَالٰی عَلَیْہِ وَاٰلِہٖ وَسَلَّمَhas come to you and asked for financial help, you want to give him half of the amount. Does your devotion accept this? Having heard this devotion-filled conversation from my wife I gave the whole amount happily to my friend. He left making Du’as for me.

As my friend (respected Sayyid) [The blessed descendent of the Beloved Rasool صَلَّى  اللّٰہُ  تَعَالٰى عَلَيْهِ وَاٰلِهٖ وَسَلَّم] reached his home, my same trader-friend came to him and said: These days I am living in severe poverty. Lend me some money. Having heard this, the respected Sayyid gave that very bag of money to the friend (trader) from whom I got the bag. When my friend (trader) saw the bag of money, he immediately recognized it. He came to me and asked: Where is the money you got from me?’ I told him the whole story. He then said: The same Sayyid Zadah respected Sayyid is incidentally my friend too. I had only these 1200 dirhams which I gave you. You gave them to the respected Sayyid and he has given them to me. In this way, every one of us preferred the other to himself and sacrificed his own pleasure for the sake of others’ pleasure.

The news of our event somehow reached the ruler of that time Yahya bin Khalid Barmakki. He immediately sent a message through his messenger: I remained heedless of you due to some of my engagements and I could not get about your circumstances. Now I am sending 10,000 dinars through my slave. 2000 for you, 2000 for your friend (trader) and 2000 for the friend (respected Sayyid) and remaining 4000 dinars for your great and fortunate wife because she is more Ghani (free from want), more superior and having more devotion to the Beloved Rasool صَلَّی اللہُ تَعَالٰی عَلَیْہِ وَاٰلِہٖ وَسَلَّمَthan all of you. (‘Uyoon-ul-Hikayaat, pp. 125)

Dear Islamic brothers! All the relationships are valuable, but there is different respect and reverence in friendship. From the above-mentioned true event it has become obvious how a good friend should be. We see in the society that friendship is given importance no matter whether it is based on good deeds and relationships or based on bad deeds. But remember! The real friendship is that which is based on good deeds. As a Muslim we should establish our friendship and relationship only with the one who brings us the benefits of the Hereafter not along with the benefit of world, but rather before the benefit of world. What are the attributes of a true and sincere friend in the light of the Islamic teachings and true human society will be discussed below.

Do not form friendship with people of corrupt belief and unbelievers

Some people do not give importance to religion in the matters of friendship which is very dangerous. The Beloved Rasool صَلَّی اللہُ تَعَالٰی عَلَیْہِ وَاٰلِہٖ وَسَلَّمَhas said about people of corrupt belief: You keep away from them and they keep away from you lest they misguide you and put you in Fitnahs. (Muslim, pp. 17, Hadees 7)

Dear Islamic brothers! Friendship is not the name of only having company of somebody and having meals with him. On many occasions in our life, we come into contact with the person who we have made friendship with. Therefore when we choose a friend, we must keep in mind pious people’s sayings and pieces of advice.

Do not form friendship with these five

1     Do not have the company of a transgressor because he will sell you for one or less than one morsel. He will be driven by greed for a morsel, but he will not be able to get it.

2     Do not have the company of a stingy person because he will stop wealth at such a time when you will desperately need it.

4     Avoid having the company of a fool because he will harm you in his efforts to benefit you.

5     Avoid sitting in the company of those who cut ties with their relatives because in the Book of Allah Almighty, at three places, I have found such a person accursed (i.e. such a person has been cursed) (Hilyat-ul-Awliya, vol. 3, pp. 215, Raqm 3745)

Attributes of true and loyal friend at a glance

٭   A true friend is trustworthy, loyal and confidant.

٭   He is the one who consoles you in sad times and remembers you in happy times.

٭   He gives you useful advice in any matter and prevents you from taking a wrong decision.

٭   A good friend does not leave his friend alone during sins, but rather tries his best to persuade him to perform virtuous deeds.