Good use of tongue 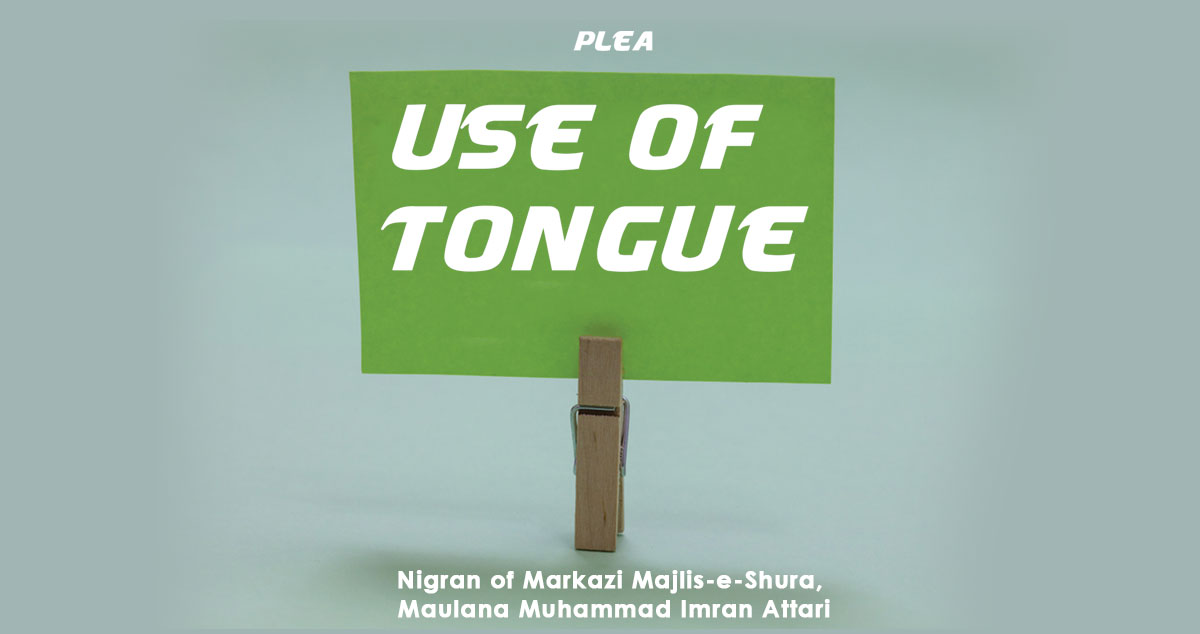 Sayyiduna Abu Bakr Shibli Baghdadi رَحْمَةُ اللّٰہِ تَعَالٰی عَلَيْه said, ‘I saw my deceased neighbour in the dream and asked, مَا فَعَلَ اللّٰهُ بِكَ ‘Meaning, how did Allah عَزَّوَجَلَّ treat you?’ He replied, ‘I faced severe difficulties. I could not even recall the answers to the questions of Munkar and Nakeer. I thought that I might not have died on faith. Meanwhile a voice called out, ‘You are receiving this punishment because of the unnecessary use of your tongue in the world.’ Now the angels responsible to carry out the punishments, advanced towards me. Meanwhile, a person who was the embodiment of beauty and sweet fragrance, acted as a barrier between me and the torment.

He reminded me the answers to the questions of the Munkar and Nakeer. Thus, I was able to answer their questions and اَلْـحَمْـدُ لِلّٰہِ the punishment was removed from me. I asked that man, ‘May Allah عَزَّوَجَلَّ have mercy upon you, who are you?’ He said, ‘I am created by the blessings of your abundant recitation of Salat-‘Alan-Nabi and I am to help you in your times of affliction and need.’ (Gheebat ki Tabah-Kariyan, vol. 116, with reference to Al-Qaul-ul-Badee’, pp. 260)

When the lid of the pot containing many types of flowers is lifted, the fragrance of the flowers spreads everywhere, similarly, if a lid of a manhole is lifted, so many blasts of foul smell come out due to which the environment of the surrounding area is also affected. In the same way, when a person speaks, he introduces his personality. His words signify his intelligence, information and character. When the people whose inner self is fragrant with the Madani flowers of Madinah, hearts are filled with the devotion and love of the Beloved Rasool صلی اللہ علیہ وآلہ وسلم speak, the devotees of Rasoolصلی اللہ علیہ وآلہ وسلم are attracted to them. On the other hand, when some people speak, their conversation is full of obscenity and it seems as if the lid of a manhole was lifted or they speak as if they were firing arrows to the hearts because their conversation contains taunts and hurt people’s feelings.

When do words become arrow?

Usually, those people who dominate someone, they do not speak after thinking, and as a result of it, the conversation of such people with their listeners is like arrows being fired to them, for example, the conversation of a teacher with his students, parents with their children, Nigran with his subordinate, employer with his employee, husband with his wife and landlord with his tenant. The people who do not use their tongue correctly always suffer from tension, troubles and have worries; they smile thinly. People do not like to go near them and those who are near to them due to their compulsion are anxious to get away from them.

It is, therefore, necessary to think as to what the purpose of my conversation is, whether it is for hurting the feelings of someone or for making someone happy, for using abusing language for someone or making Du’a for him, for paving the way for someone to make a progress by appreciating him or for making someone useless by discouraging him, etc. I plead with all Muslims to think long and hard before speak and act upon the Madani pearl, ‘First think then speak’ just as we think before we use our hands lest they hit someone or get hurt by hitting something. May Allah Almighty bestow the passion on us for respecting Muslims and enable us to think before we speak!