Ask for Well Being

“Du’a” is beseeching Allah Almighty for goodness. Allah Almighty has commanded us in the Holy Quran to supplicate, and has given the glad-tidings that Du’as are accepted.[2] Also, this is a statement of Allah Almighty:

‘O Son of Adam! If you ask from me, I will give you and if you do not ask from Me, then I will express My wrath upon you.’[3]

The Messenger of Allah صَلَّى الـلّٰـهُ عَلَيْهِ وَاٰلِهٖ وَسَلَّم has mentioned the importance of Du’a in the following manner: ‘اَلدُّعَاءُمُخُّ الْعِبَادَةِ’ meaning, ‘Du’a is the brain (essence) of worship.’[4]

What should be supplicated for?

In this regard, the Final Prophet of Allah صَلَّى الـلّٰـهُ عَلَيْهِ وَاٰلِهٖ وَسَلَّم has stated:

The Mercy unto the universe صَلَّى الـلّٰـهُ عَلَيْهِ وَاٰلِهٖ وَسَلَّم has taught us comprehensive supplications about the ‘grace of Allah Almighty’, among them is an encouragement to supplicate for well-being, which has been mentioned in the previous hadith.

The detail to these three supplications:

1. A good ending to all permissible works

Keep this in mind that the result of a good deed is beautiful, whereas the outcome of bad deed is dreadful. Therefore, it is not wise to hope for good after committing evil. Sometimes, it is the case that one begins the work well but the outcome is bad, and when he begins to find the apparent causes of the bad outcome, he realizes that it is due to an evil intention, lack of consistency, carelessness and laziness in work. However, when a bondsman beseeches his Lord regarding his good actions, the mercy of Allah grants hope. Allah Almighty also bestows His Divine Grace upon His bondsman and grants him a good result for his efforts. If he does apparently fail, then the mercy of Allah will support him, it will mend his broken heart, and with a new determination, it will encourage him to once again strive to acquire his purpose. However, it is necessary that during this entire stage, one remains attached to Allah Almighty, does not utter words of ungratefulness and continues supplicating.

Allah gives hope to those who supplicate to Him in a Hadith al-Qudsi, where He states: ‘اَنَا مَعَه، اِذَا دَعَانِیْ’ Meaning, ‘I am with him when he supplicates to Me.’[8]

2. Refuge from disgrace in the world

Everyone wishes to live a respectful life, and he tries to save himself from a life of humiliation and disgrace. He takes precautions, however, these are all human measures; for a better outcome, one must have the mercy of Allah Almighty with him, and one way of drawing the focus of Allah’s mercy towards himself is Du’a. Therefore, our Beloved Master صَلَّى الـلّٰـهُ عَلَيْهِ وَاٰلِهٖ وَسَلَّم is teaching us to supplicate in order to be safe from humiliation and disgrace.

3. Refuge from the punishment of the Hereafter

How important is it to seek refuge from the punishment of the Hereafter? In order to understand this, take a look at the punishments mentioned in the Blessed Hadith:

*   Boiling water will be poured over the heads of the inmates of Hell. It will tear their skulls and would reach their stomachs. It will then sever everything within the stomachs which will exit from the feet. This is ‘صَھْر’ (melting). This will be done repeatedly.[10]

*   If a huge boulder is thrown from the edge of Hell, it will continue to fall for 70 years and still not reach its depth. Sayyiduna Umar رَضِىَ الـلّٰـهُ عَـنْهُ used to say, ‘Make mention of Hell in abundance, because its heat is severe, its depth is very deep, and its hammers are of iron.’[11]

Therefore, abstain from all those actions which will be a cause of punishment in the Hereafter, and make a habit of making Du’a as well. 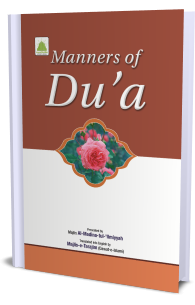