Someone has narrated an incident which took place in Kutiyana (Gujarat, India), the ancestral village of Sag-e-Madinah عُـفِیَ عَـنْهُ. There was a man in Kutiyana who had great admiration for Sayyiduna Ghaus-e-A’zam رَحْمَةُ الـلّٰـهِ عَـلَيْه. He used to celebrate Giyarhween consistently. Another praiseworthy trait of him was that he showed a great deal of respect to Sayyids. He used to be so kind and caring towards young Sayyids that he would pick them up, carry them around and would buy them sweets.

When he passed away and was covered in a shroud, people came to grieve but suddenly that true devotee of Sayyiduna Ghaus-e-A’zam رَحْمَةُ الـلّٰـهِ عَـلَيْه removed his shroud and sat upright. People were scared and were struck with panic. He cried out: Don’t be scared, just listen to me! When people came closer he said, ‘I tell you the truth that just now my Murshid, Sayyiduna Shaykh ‘Abdul Qaadir Jeelani قُـدِّسَ سِـرُّہُ الـرَّبَّـانِی honoured me with his presence and said, ‘Being my disciple you died without repenting! Get up and repent!’ My soul re-entered my body so that I could repent. After saying that, he asked for forgiveness for his sins and uttered the Kalimah. Suddenly, his head turned to one side and he died.

Congratulations to the devotees and disciples of Sayyiduna Ghaus-e-A’zam رَحْمَةُ الـلّٰـهِ عَـلَيْه because according to the saying of Sayyiduna Shaykh ‘Abdul Qaadir Jeelani قُـدِّسَ سِـرُّہُ الـرَّبَّـانِی, his disciple, no matter how sinful he is, will not die until he repents.’

When a certain rank is ordained for a slave by Allah Almighty, but the slave cannot reach that rank through his actions, 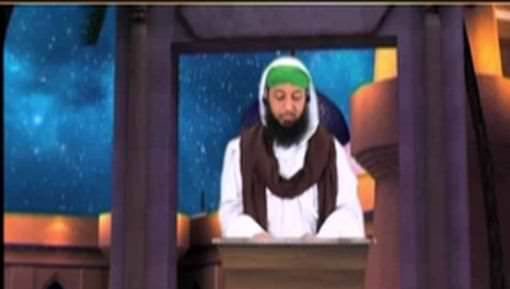