Virtues of that Unlock Paradise

Virtues of that unlock Paradise

Paradise has many doors; some are opened every Monday and Friday throughout the year whereas others are only opened in the month of Ramadan.[1] There are some key deeds which cause the doors of Paradise to open.

“There is nobody who performs Wudu in the best manner, then raises his gaze to the heavens and recites:

except that the doors of Paradise are opened for him, and he may enter through whichever one he chooses.”[2]

“Whosoever spent the morning in the state of obedience to his parents, the doors of Paradise open for him in the morning, and if only one parent is alive, than one door is opened.”[3]

The Beloved Prophet صَلَّى الـلّٰـهُ عَلَيْهِ وَاٰلِهٖ وَسَلَّم said thrice, “By the one in whose control is my life, whoever continues to offer the five prescribed prayers, fasts in the month of Ramadan, pays the zakah, and abstains from the seven deadly sins[4], the doors of Paradise will be opened for him and it will be said to him: ‘Enter with peace.’”[5]

Forming the rows for Salah and Jihad

“When people make the rows for Salah or jihad, the doors of the skies and Paradise are opened, the doors of Hell are closed, and the houris are adorned and left. When a person advances for Jihad, the houris cry out, ‘O Allah! Support him,’ and when he retreats, they veil themselves from him and say, ‘O Allah! Forgive him.’”[6]

“Glad tidings for the one who fulfils rights in a place where he is not recognised. Allah Almighty grants him insight regarding His pleasure and it is such an era in which the one who is unknown attains salvation. Allah opens the door of Paradise for him.”[7]

May Allah Almighty enable us to adopt these deeds and open the doors of Paradise for us.

[4] The number of major sins that have been mentioned vary from 7, 10, 17, 40 up until 700. Therefore, to learn about the major sins, read under verse 31 of Surah al-Nisa from Tafseer Sirat-ul-Jinan, also it will be beneficial to study the 2 books of Maktaba-tul-Madinah, namely, ‘76 Major Sins’ and ‘Actions leading to Hell’.

If your life and wealth are endangered by an enemy, recite « یَاذَاالۡجَلَالِ وَالۡاِ ِکۡرَام » 421 times after every prayer

The woman who obeys Allah, fulfils the rights of her husband, encourages him to do good, does not betray him,

When you supplicate to Allah Almighty, ask Him for Firdaws, as it is in the centre of all Paradises and the highest of them.

aMonotheistic disbelievers and even Iblis would recite لَا اِلٰهَ اِلَّا اللهُ, but that was not enough to save them from

“˹On the Day of Judgment˺, it will be said to the one who was devoted to the Quran: ‘Recite and ascend;

Irrespective of whether someone is pious or sinful, there are various degrees of good and bad actions,

“There is nobody who performs Wudu in the best manner, then raises his gaze to the heavens and recites 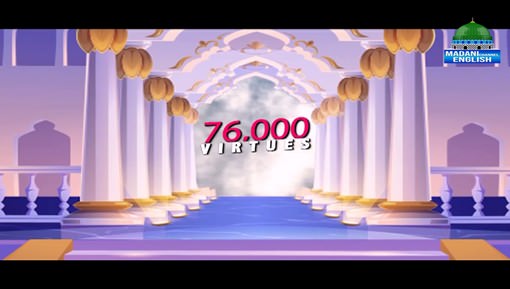