Continuing the theme of the previous five issues, we share with you more deeds that will elevate you spiritually and draw you closer to Allah Almighty.

An Elevation in Rank, Gaining Forgiveness and an Honourable Sustenance

In the Quran, Allah Almighty described five qualities of people who have complete faith: When they remember Allah, their hearts are filled with fear; their faith increases when they listen to the verses of Allah; they depend only upon Allah; they offer the prayers consistently; and they spend in the way of Allah from the wealth He has provided. After that, Allah Almighty states:

“Only these are true Muslims; for them are ranks before their Lord, and forgiveness and an honourable sustenance.”[1]

3.   Hadith in Relation to the Elevation of Ranks

The pilgrim on Hajj is under the protection of Allah Almighty, whether he is travelling to perform Hajj or returning home. If he becomes tired or faces difficulties during the journey, Allah will forgive his sins and raise his rank in Paradise by 1000 for every step he takes. For every drop of rain that falls on him, he will be given the reward of becoming a martyr.[2]

2.   Second only to the station of the prophets

If someone dies whilst seeking knowledge to support Islam, there will only be a distance of one rank between him and the prophets عَـلَـيْـهِمُ الـصَّلٰوةُ وَالـسَّـلَام in Paradise.[3]  Mufti Ahmad Yar Khan Na’imi رَحْمَةُ الـلّٰـهِ عَلَيْه writes:

Since this hadith clearly talks about the student of sacred knowledge who dies before qualifying as a scholar of Islam, one can only imagine the eminence of the ulema. This could also refer to individuals who are scholars but their thirst for knowledge is never quenched. So, they continuously increase their knowledge by reading and accompanying the ulema. They always consider themselves a student of knowledge and do everything for the purpose of serving Islam. They will be extremely close to the Prophets عَـلَـيْـهِمُ الـصَّلٰوةُ وَالـسَّـلَام. The Prophets عَـلَـيْـهِمُ الـصَّلٰوةُ وَالـسَّـلَام will be in the highest station (aʿlā al-ʿiliyyīn) and the scholars will be just below them as they are the heirs of the prophets.[4]

3.   Rank below the station of the martyrs

The woman who obeys Allah, fulfils the rights of her husband, encourages him to do good, does not betray him, and does not misuse his wealth, there will only be only one rank between her and the martyrs in Paradise. If her husband is pious, she will be his wife in Paradise. Otherwise, one of the martyrs will become her husband.[5]  May Allah Almighty grant us the ability to perform good deeds to elevate our rank.

If your life and wealth are endangered by an enemy, recite « یَاذَاالۡجَلَالِ وَالۡاِ ِکۡرَام » 421 times after every prayer

The woman who obeys Allah, fulfils the rights of her husband, encourages him to do good, does not betray him,

When you supplicate to Allah Almighty, ask Him for Firdaws, as it is in the centre of all Paradises and the highest of them.

aMonotheistic disbelievers and even Iblis would recite لَا اِلٰهَ اِلَّا اللهُ, but that was not enough to save them from

“˹On the Day of Judgment˺, it will be said to the one who was devoted to the Quran: ‘Recite and ascend;

Irrespective of whether someone is pious or sinful, there are various degrees of good and bad actions,

“There is nobody who performs Wudu in the best manner, then raises his gaze to the heavens and recites 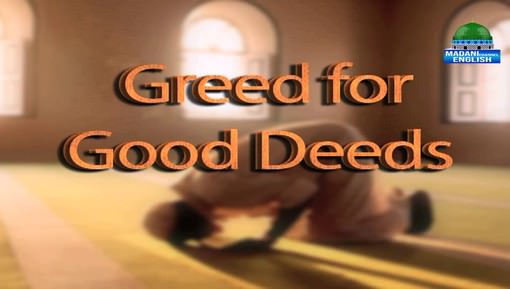