The Hidden Blessings in Calamities

The Hidden Blessings in Calamities

“If Allah wills good for someone, He afflicts him with trials.”[1]

What is meant by calamity (muṣība)?

A calamity is something unfavourable which becomes a trial for a person.[2]

The trials and challenges we face in life due to our families, illnesses, or finances can also be calamities. In other words, we may sometimes be tested through our offspring, health, or wealth. And this continues until we meet Allah Almighty, completely cleansed of our sins.[3]

Numerous Hadith describe calamities and trials positively, highlighting their hidden blessings. These can be summed up as follows:

1.   A believer is tested so that the test becomes a means of expiation for his sins.[4]

2.   Believers are given two forms of goodness whenever they face a trial. Firstly, the goodness they are given in their present state is that they turn towards Allah Almighty because of the trial and draw closer to Him by pleading in His court. Secondly, as a result of the trial, their sins are erased and/or good deeds are recorded in their annals.[5]

3.   Remaining without any calamity or worry in regard to life and wealth can drive a person to spiritual negligence and heedlessness. In this case, the calamity acts as a rein for the carnal self (nafs), steering the believer towards Allah Almighty and affording him much reward, as long as he is patient and carries out virtuous works.[6]

Lessons from the godly folk

The prophets, messengers, champions of truth (ṣiddīqīn), martyrs, saints, and pious are favoured by Allah Almighty and His chosen people. Yet, their lives are full of tests and trials. These trials only served to enhance their characters and endow them with the Muhammadan qualities, such as patience and steadfastness, which drew them closer to Allah Almighty. Despite facing harrowing hardships, their tongues remained moist with Allah’s remembrance, their hearts brimming with gratitude, and their words full of wisdom. In the turbulent voyage that is life, the lives of these blessed souls are truly radiant beacons of guidance.

The sacred month of Muharram reminds us of Imam Ḥusayn رَضِىَ الـلّٰـهُ عَـنْهُ, his followers, and the calamities that rained on them in the plains of Karbala. That heart-wrenching tragedy teaches us that the one who seeks Allah’s love and pleasure should walk in the footsteps of the martyrs of Karbala who remained patient in the face of unimaginable hardship.

Is this a true calamity?

Many calamities and tests come a person’s way, but not all of them are calamities or tests in the true sense. These so-called calamities can come about due to our personal desires, wishes, greed, and other undesirable behaviour of this nature. For example, as we see the expensive cars and luxurious lifestyles of others with eyes of longing, we fall victim to protesting against our apparent misfortune, or we seek to become known as a wealthy person, so we start living beyond our means. It is this kind of behaviour that contributes to false calamities and snatches away the happiness from our lives. In order to understand this further, read the following anecdote:

The king and 99 coins

A king once asked his minister, “A certain attendant of mine does not have anything in his possession, yet he seems happier than me. Do you know why?” Smilingly, the minister said, “I suggest you put the law of 99 into play.”

The minister began to explain, “My king, place 99 silver coins in a bag and write a note which says, ‘Here are 100 silver coins for you’. Affix this note to the bag and have someone put this on the doorstep of your attendant. Tell them to knock on the door and move away. You should then watch what happens from a hidden location nearby.”

The king swiftly acted on the minister’s suggestion. That night, he prepared a bag with 99 silver coins inside and had a note attached which said there were 100 inside. Hiding nearby, he had a servant place this bag at the attendant’s door, knock on it and then hide. The attendant came to the door but did not find anyone there. His gaze fell on the bag at the door. Reading the note, he was overjoyed and hurried inside with the bag. He began counting the coins with an avaricious hunger in his eyes, but there were only 99 coins, even though the note said there were 100. He counted again, and there were still 99. He repeated this process a few times, but only counted 99 coins each time.

He then thought that one coin had fallen out of the bag somehow. Waking his entire family, he had them search for it in and around the house. After half of the night had passed and he was unsuccessful in finding the coin, he proceeded to insult and disrespect his wife and children. In a state of restlessness and anger, he left his home and sat outside.

The king was watching everything that had taken place. He came to the understanding that the one who possesses countless bounties but ignores them and instead exerts all of his efforts in pursuit of one trivial happiness, he only becomes discontent with life and spreads this discontent to others, causing unrest in society. The king further contemplated, “I have also done the same thing. By fostering grief in my heart over one absent bounty, I have deprived myself of delighting in the countless more I have been granted.”

Remember that only those who are content with what Allah Almighty has decreed for them truly live in bliss. Those who do not learn this skill only publicise their calamities and spread negativity.

May Allah Almighty grant us the ability to remain content with what He has decreed for us in every state. 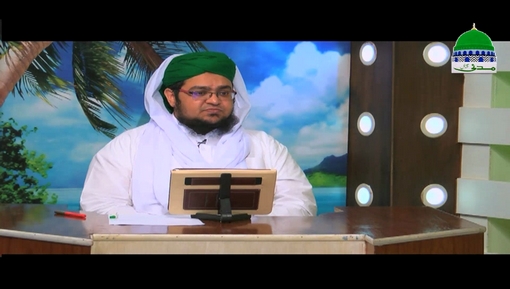 The Wisdom Behind Calamities - In The Light Of Quran Ep 17