The Islamic View on Reincarnation or Transmigration

Reincarnation or Transmigration: The Islamic View

Claim: A “master spirit” in the universe informed a doctor, through a patient, that nature sends the soul to earth for training.

Response: This claim is void of scientific, rational, and scriptural evidence. Regarding the soul, the Creator of the universe states:

“They ask you concerning the soul; say you (O Beloved), ‘The soul is an entity from the command of my Lord, and (O people) you did not receive knowledge, but a little.”[1]

Views about the soul can only be deemed definitively correct[2] if they are based on definitive sources such as the Quran and hadith. Such views are also acceptable as valid, albeit not definitively but with relative conviction,[3] if they are shared by trustworthy scholars and saints of Allah who based those views on observation, intuition, or spiritual insight. And if such information is based on the dreams and states of normal people, then at most, their views are acceptable as speculations[4] that may be correct, as long as they do not conflict with the Quran and hadith. If information about the soul is deduced from the experiences of psychologists or ordinary folk, then a conclusion can only be inferred after considering the authenticity, reliability, and breadth of the experience. However, general experiences are very ambiguous and cannot yield certainty. The real causes of normal experiences are not known – do they stem from the soul, the brain, or jinn and devils.

Claim: The souls have related that there are seven levels in the realm of souls. A soul belonging to a particular level is repeatedly reborn until it completes the training of that degree, and when it completes its training, it moves on to the next grade. This process is constant through its degrees.’

Response: This is a mere claim of a psychiatric patient in a state of neurosis and lacks even an iota of evidence. No sensible person will accept such a claim, especially when it is bereft of any evidence. If tomorrow one claims that there are 25 levels in the realm of souls and there is reincarnation thrice at every level before progression, what would be the refutation of this claim?  Hence, the claim of the psychiatrist is without evidence and implausible.

Claim: Souls have said that humans are not having spiritual experiences, rather souls are having human experiences.

Response: Not only does this claim lack evidence, it is disproven by the Quran, hadith, and the personal experiences of thousands of Muslim saints. The Night Ascension (al-Mi’raj), the wonders of the Divine Kingdom witnessed by Prophet Ibrahim عَـلَيْـهِ الـسَّـلاَم, and Prophet Musa’s observance of Divine Manifestation are described in the Quran. These real events consisted of physical and spiritual elements. Furthermore, there is mention of the intuitions of previous Prophets عَـلَـيْـهِمُ الـصَّلٰوةُ وَالـسَّـلَام in sacred scriptures revealed in the past; and there are countless accounts of the spiritual experiences, occurrences, and observations of the noble saints. All of these events are not examples of souls experimenting with humans, rather, they are experiences of matter and spirit or only spiritual observations. However, if the claim means that the affairs of humans are, in reality, the actions of the soul experimenting on humans, whether or not they are aware, then this is an unfounded claim. This claim should either be proven through the Quran, hadith, and the people of insight (the noble saints), or a great number of souls should emerge stating it; this cannot be the case that a person, through a dream or thought, or due to a mental disorder, or after supposed contact with jinn, where the jinn claims to be a soul or the master of souls, receives all kinds of supernatural communication and psychiatrists accept everything.

Claim: A psychiatrist met many psychiatric patients who spoke languages from previous lives in a trance-like state despite not knowing a word of those languages in their trance-free states.

Response: This claim commits the fallacy of affirming the consequent. In other words, it takes the observable phenomenon of speaking other languages and assumes that the cause must be a past life, while disregarding other, more plausible explanations. In any case, linguists are still perplexed by the nature of the human brain and how we acquire and produce language. It is impossible to prove that a past life caused these folks to speak different languages, not only because of the limitations of our current linguistic research, but because past lives and reincarnation are fictitious fables that the Creator Allah Almighty has declared as false notions. So now, who can claim to know more than Allah? مَـعَـاذَ الـلّٰـه. (More questions and answers will be included in next month’s edition.)

[4] Dhann; acceptable claim as long as stronger evidence does not disprove it. 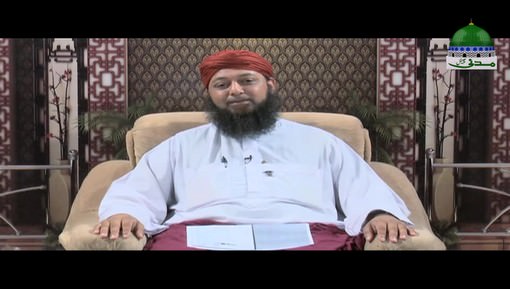 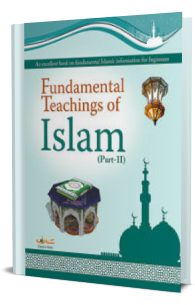