Question 1: What do the honourable scholars say regarding this matter: At the moment, my father is over 50 years of age, but he has the ability to keep fasts, and he does fast as well. My father says that he has intentionally missed many fasts in his life. Now, he wants to know how to make up (Qada) the missed fasts? Is it necessary to keep Qada fasts or can monetary compensation (Fidyah) be paid instead? If there is permission to pay Fidyah, how much is the Fidyah for one missed fast?

Answer: In the aforementioned case, it is mandatory (Fard) for your father to make up all the fasts which he missed intentionally, but keeping them all consecutively, in a row, is not necessary; they can be kept with gaps in between. As it is easier to fast in the winter because the days are shorter, Qada fasts can be kept in that season. In summary, the Qada fasts must be kept as soon as possible, and paying Fidyah or Kaffarah [expiation]is not compulsory to make up for the missed fasts. Moreover, it is also necessary to repent from the sin of missing fasts.

Paying Fidyah is only permitted for an extremely old person (Shaykh Faani) who has become so weak due to old age that he does not have the strength to fast, neither in the winter nor in the summer, neither consecutively nor separately, and there is no expectation of him gaining strength to fast in the future.

Giving Zakat to someone in debt?

Question 2: What do the honourable scholars say regarding this matter: Who is eligible to receive Zakat? Can a Muslim that is in debt, who is neither a Sayyid nor a Haashimi, and who does not have anything to repay his debt; be a beneficiary of Zakat in order to pay off his debt?

The Quran initially listed 8 groups of people eligible to receive Zakat, but one group, those being inclined towards Islam (مولَّفة القلوب) were excluded in accordance with the consensus of the Sahabah, leaving 7 groups of beneficiaries who can receive Zakat:

6.   In the cause of Allah عَزَّوَجَلَّ

7.   Travellers who do not possess wealth

However, these days, even the fourth group, slaves, is non-existent.

Caution: In the case of the debtor, the person will only be eligible to take Zakat as long as he is a Shar’i Faqeer. Therefore, after subtracting his debt, if he has wealth equating to the value of 52.5 Tolas or more of silver in excess of his essential outgoings, then he will no longer be a Shar’i Faqeer and instead be considered a non-Faqeer who cannot receive Zakat.

Question 3: What do the honourable scholars of the Shari’ah say regarding this matter: A person did not keep the fasts of Ramadan due to a valid Shar’i excuse; is it incumbent (Wajib) for him to pay Sadaqah Fitr or not?

Sadaqah Fitr is Wajib on every free Muslim who possesses wealth amounting to the Nisaab (i.e. who has equivalent to 7.5 Tolas gold or 52.5 Tolas of Silver, or its value in cash, or he has items of its value that are more than living essentials). Keeping the fasts of Ramadan is not a condition in this; they are a separate obligation. Therefore, if one missed fasts of Ramadan due to a valid Shar’i reason, or even without a valid Shar’i reason, if he owns the Nisab amount of wealth, then Sadaqah Fitr is binding on him.

Caution: Missing a single fast of Ramadan without a valid Shar’i reason is completely unlawful (Haraam). It is a Shar’i obligation on such a person to repent from this sin and to make up (do Qada) for it. Similarly, the person who did not fast due to a Shar’i excuse, it is also obligatory for him to make up for these fasts after the excuse has terminated. However, if he has reached the stage of Shaykh Faani, i.e. he has become so old that due to old age he does not have the strength to fast and neither does he have any hope of regaining the strength to fast in the future, in fact, his weakness is increasing daily, then in such a case, he must pay Fidyah in exchange for each fast. The Fidyah of one fast is equivalent to one Sadaqah Fitr, i.e. Half a Saa’ (1.92kg) of wheat or its flour, or one Saa’ of (3.84kg) of dates, dry raisins, or barley or its flour. 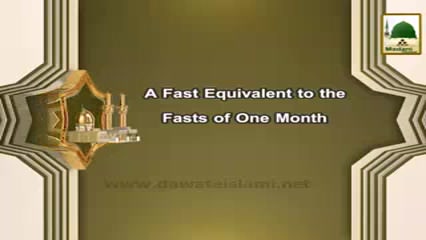 A Fast Aquivalent To The Fasts Of One Month 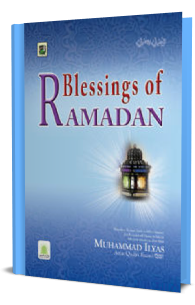