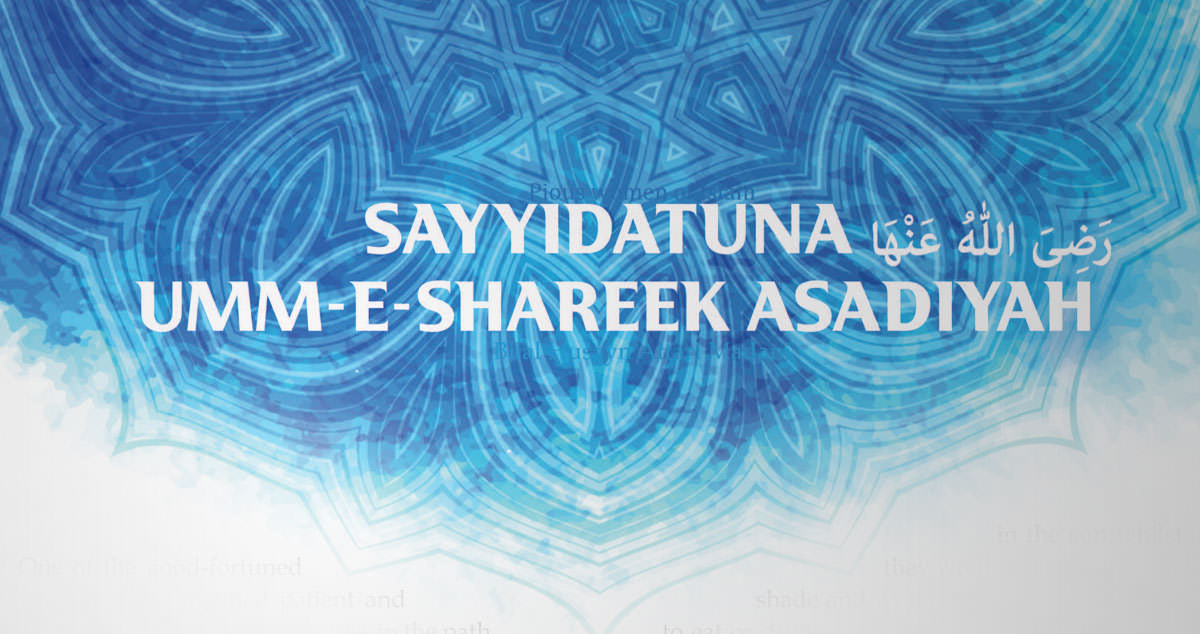 Sayyiduna Ibn-e-Abbas رَضِىَ الـلّٰـهُ عَـنْهُما says that Sayyidatuna Umm-e-Shareek رَضِیَ اللہُ تَعَالٰی عَنْہَا was in Makkah. In her heart, she developed an appreciation of the greatness of Islam and thus embraced Islam. After embracing Islam, she would secretly meet the women of Quraysh and encourage them to accept Islam by inviting them to Islam, to the extent that it became apparent to the (polytheist) people of Makkah that she has embraced faith. So, the people of Makkah caught her and said: ‘If we did not regard your tribe, we would have punished you severely, but now we will take a sigh of relief only after returning you to Muslims.’

She herself states that the people of Makkah seated me on a camel without a harness, and there was not any cloth or saddle under me either. I was left in this condition for three days, neither given food nor water. I spent three days in such a way that I did not hear the sound of anything that moves on the ground. Whenever the people of Makkah would stop at any place, they would tie me up and put me in the sun whilst they would go and sit in the shade and would not give me anything to eat or drink. I would stay in that state, to the extent that they would depart from there.

In the meanwhile, they once encamped in a place and tied me in the heat of sun whilst they walked away to the shade. All of a sudden, I felt the coolness of something on my chest. When I looked at it, it was a bucket of water. I drank a little bit of water from it before it was removed and lifted up. A little while later, the bucket came down again, so I drank from it until it was lifted up again. It came down again in the similar way, I drank a bit from it and then it was lifted up again. This happened several times. Finally, the bucket was handed over to me. I drank to my heart's content and poured the rest of the water on my body and clothes.

When they woke up and noticed the effect of water on me and saw my good condition, they said: ‘Did you untie yourself and drink water from our water skins?’ I said: ‘No! By Allah عَزَّوَجَلَّ! I did not do that, but so and so is how it happened.’ They said: ‘If what you say is true, then your religion is better than our religion.’ When they went to see their water skins, they noticed that they were exactly how they left them. Then they accepted Islam right away.’ (Al-Isaabah, vol. 8, p. 417; Hilyat-ul-Awliya, vol. 2, p. 96)

Sayyidatuna Khawlah bint Hakim is an esteemed female companion from the tribe of Bani Sulaim.

From among those blessed personalities of the Indo-Pak Subcontinent who strived day and night to light the illuminating lamp of Islam,

She was the maid of Abu Huzayfah b. Mugheera Makhzoomi. He himself married her to his ally,

Facing persecution at the hands of the oppressive regime of Makkah,