The Virtue Of Hajj

The Virtue of Hajj

Question 1: It is stated in a blessed Hadīth, ‘Whosoever performed Hajj, and refrained from obscene speech and did not commit any evil, he will return pure from sins as though he has just been born today from his mother’s womb.’ Will this virtue of Hajj be granted to the one performing an obligatory Hajj or will the one performing a voluntary Hajj be granted this honour also?

Answer: The aforementioned Hadīth is regarding an accepted Hajj - and this mentions Hajj in general; there is no condition of obligatory or voluntary. (Madanī Muzākarah, 6th Rajab al-Murajjab 1440 AH)

(To learn the method of Hajj and its various rulings, etc. please read the book of Maktaba-tul-Madīnah, ‘Rafeeq-ul-Haramayn.’)

What to do if the time of Salāh arrives during Tawāf [circumambulation]?

Question 2: If someone has performed three rounds of Tawāf and the time of Salāh arrives, should he begin the Tawāf anew after praying Salāh or should he continue from the fourth round of Tawāf?

Answer: After the Salāh, the Tawāf will be continued from wherever it was left; there is no need to start the Tawāf over again. (Madanī Muzākarah, 20th Ramadān-ul-Mubārak 1440 AH)

Should the one in debt repay his debt or perform Qurbānī?

Question 3: If someone has a debt of 50,000 and he receives money from his committee fund then should he repay his debt or give the Qurbānī?

Answer: He should pay his debt, and if he no longer remains the owner of the threshold i.e. he does not possess wealth or money above his needs after repaying his debt (or hypothetically even if he does not repay his debt), the Qurbānī will not actually be Wājib [necessary] upon him. (Madanī Muzākarah, 7th Rabī’ al-Ākhir 1441 AH). The meaning of needs here is a house to live in, household items which he requires, an animal for conveyance [or vehicle], a servant, and clothes to wear. Besides these, everything else is considered to be more than one’s needs. (Bahār-e-Sharī’at, vol. 3, p. 333)

(To learn the method and various other rulings of Qurbānī, please read the booklet of Maktaba-tul-Madīnah, ‘Piebald Horse rider.’)

What is the ruling on blowing on something hot to make it cool?

Question 4: Will blowing on milk remove the blessings from it?

Answer: Yes! Blowing on hot food to cool it down is a cause of losing blessings. This has also been discouraged in a Blessed Hadīth[1]. Usually, people blow on hot milk or tea to cool it down; one should not do this. One should either wait or adopt another method of cooling it down, like placing it under a fan, etc. (Madanī Muzākarah, 8th Rabī’ al-Awwal 1441 AH)

What is the ruling on replying to the sneeze of a non-Mahram woman?

Question 5: If a non-Mahram woman sneezes and she says اَلْـحَمْـدُ لـِلّٰـه, then will one still have to reply with ‘یَرْحَمُکَ اللّٰہ’ ?

What is the ruling on working after Jumu’ah Salāh?

Question 6: Is it permissible to work after Jumu’ah Salah or impermissible?

Answer: It is totally permissible; in fact, the Holy Quran has permiited this; Allah Almighty states,

Then when Salah is completed, so disperse in the land and seek Allah’s Benevolence (i.e. lawful sustenance)[2]

A ruling regarding the Salāh upon returning from a Shari’ journey

Question 7: If a Shari’ traveller did not offer the ‘Ishā Salāh on the way whilst returning and has arrived home, will he now perform the ‘Ishā Salāh prayer in full or will he shorten it (Qasr)?

Answer: Once a Shari’ traveller has entered his hometown, even if he has not arrived at his home, he will still perform the Salāh in full; he doesn't have to arrive at his house. (Durr Mukhtār & Radd al-Muhtār, vol. 2, p. 728 – Madanī Muzākarah, 5th Rabī’ al-Awwal 1441 AH)

(To learn the Islamic legal rulings regarding travel, please read the chapter ‘The Traveller’s Salāh’ in the book of Maktaba-tul-Madīnah, ‘Laws of Salāh.’)

What is the ruling on saying Allah is Wārith (the Inheritor)?

Question 8: What is the ruling on saying Allah is Wārith?

Answer: It is permissible; indeed, Allah is Wārith (the Inheritor) as Wārith is one of the names amongst the descriptive names of Allah Almighty. (Tirmidhī, vol. 5, p. 303, Hadīth 3518 – Madanī Muzākarah, 5th Rabī’ al-Awwal 1441 AH)

What is the ruling on the name Muhammad ‘Abdullāh?

Question 9: My name is Muhammad ‘Abdullāh, many people tell me that Muhammad should not be placed before ‘Abdullāh, is this correct?

What is the ruling on reading the Holy Quran bareheaded?

Question 10: What is the ruling on reciting the Holy Quran without wearing a Topi [i.e. a hat]?

Answer: It is permissible; however, the etiquette is not to be bareheaded. It is Mustahabb [recommended] that one be in a state of Wudu, face the Qiblah and wear nice clothes before reciting. If it is possible, then one should tie the ‘Imamah [turban], wear fragrance, sit in the Attahiyyaat position and then recite, as the more respect one sits with and recites, the more the blessings one will receive. (Madanī Muzākarah, 8th Rabī’ al-Awwal 1441 AH)

(To learn the virtues and etiquettes of recitation [of the Holy Quran], please read the booklet of Maktaba-tul-Madīnah, ‘Excellence of Reciting the Holy Quran’) 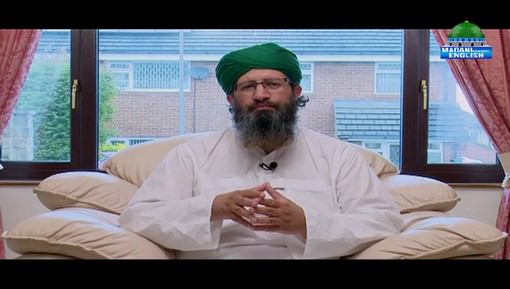 Hajj The Journey Of A Life Time Ep 01 - Welcoming Hajj 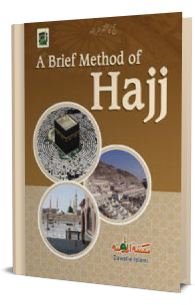 A Brief Method of Hajj