Eid Mubarak, dear Mom! Especial sweet dish of Eid must be ready here, Nannhay Miyan said entering the kitchen after performing Eid Salah and exchanging Eid greetings with all family members. Nannhay Miyan was looking gorgeous in new white ‘Kurta Shalwar’ and black Topi. Nannhay Miyan’s mother made Du’a for his protection from evil eyes and smilingly replied: Have seat in the lounge with your father and I will also be there with it in a while.

Nannhay Miyan’s father was talking to someone on his mobile phone and trying to understanding the situation of the person on the other side. It seemed somebody was in trouble. Having finished talking, Nannhay Miyan’s father immediately stood up for leaving. Seeing father leaving, Nannhay Miyan instantly reminded his father the promise of taking him to the ‘Play land point’ for enjoying different swings. He politely replied: I remember very well, my son! I will get back soon, finish your sweet dish until then.

Having finished the sweet dish, Nannhay Miyan waited long but there seemed to be no sign of his father’s return. To avoid boredom, he switched on TV and got engaged in watching a nice and interesting Especial Eid program ‘Children’s Eid with Ameer-e-Ahl-e-Sunnat’ on Madani Channel. When Nannhay Miyan’s father returned home, Nannhay Miyan was completely lost in watching Madani channel and did not notice anything. So, his father himself approached him and asked him: ‘Nannhay Miyan! Do not you want to go to ‘Play land point’ for enjoying swings?’

Firstly Nannhay Miyan got surprised to see his father at once right there, then humbly said in complaining tone: O Papa! You kept me waiting so long. It is not fair. Upon this reaction, Nannhay Miyan’s father said: Nannhay Miyan! Let me tell you what happened actually and what made me late. Actually our neighbour, ‘Mr. Junaid’ suffered an unexpected trouble early in the morning when their electricity power cut off due to some technical fault. As it was off day today, no electrician was available anywhere who could trace the issue. So, finally, through someone’s help we have managed to restore the electricity power for the temporary basis because you know it is the big day of Eid and on the other hand, it is scorching hot day today. Under such situation, how painful it is to spend the whole day without electricity power supply.

Nannhay Miyan raised another point: Papa! Could we not help Junaid uncle later? Nannhay Miyan’s father answered: My son! Mr. Junaid is our neighbour. All fans of his house were left off including all lights etc., in this extremely hot weather. Tell me! Is it fair to enjoy the cool air of air coolers when the poor neighbour is deprived of even the air of his ceiling fans? Continuing his talk, Nannhay Miyan’s father also reminded Nannhay Miyan: Nannhay Miyan! Just a couple of days back, you had read in your book, ‘A good person is that who helps his neighbour.’

When the Jew returned, his wife related to him the whole story about the kind, sympathetic and gentle attitude of Sayyiduna Ba Yazeed Bistami رَحْمَةُ اللّٰهِ عَلَيْه. The Jew was surprised to listen to it and said with regret: How regrettable it is that despite having such a pious neighbour for a long time, we are living our life in the state of disbelief. So, both appeared in the court of Sayyiduna Ba Yazeed Bistami رَحْمَةُ اللّٰهِ عَلَيْه and embraced Islam. (Tazkira-tul-Awliya, pp. 142; summarised) 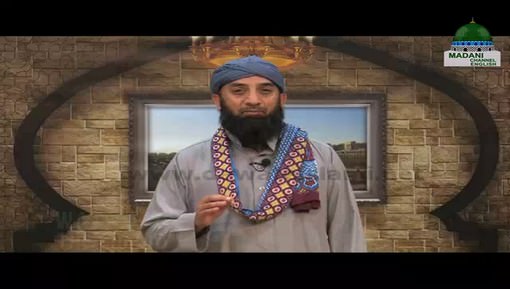