Status Of Orphan In Islam

‘If I were to become your father and Ayesha your mother[1], would that make you feel better?’ The pearl-like words passed the lips of the blessed tongue of the Holy Prophet صَلَّى اللهُ عَلَيْهِ وَاٰلِهٖ وَسَلَّم out of sympathy for an orphan child standing alone with tearful eyes, wearing old clothes. The beautiful reply delighted him indeed. In fact, he had a wonderful beginning of his life on that very especial day. This orphan child was Bashir Bin Ghuzayyah رَضِىَ اللهُ عَـنْهُ, a blessed companion whose father was martyred in the battle of Uhud. He was a young boy at that time and was to live a traumatic life of orphanhood. But ‘mercy for all the worlds’, the Holy Prophet صَلَّى اللهُ عَلَيْهِ وَاٰلِهٖ وَسَلَّم took this crying child in his arms, stroked his head and showed great kindness to him. Thereafter, he no longer felt alone and isolated; instead, he got the most beautiful family of the world and felt pride in his matchless fortune.

The above-mentioned account is just a one single story, in which the love, mercy and compassion of the Holy Prophet صَلَّى اللهُ عَلَيْهِ وَاٰلِهٖ وَسَلَّم towards orphans can be seen and felt. Can there be any example like this in whole human history? On the contrary, prior to the Islamic era, orphans were often victims of cruelty and ignored members of society who had no rights nor did they have caring people around them. The only thing they would mostly face from an early age was a miserable life. While Islam brought revolution to many other classes and segments of society, it also elevated the status of orphans. Islam is such a great religion which has always uplifted the deprived classes and brought them respect, honour and glory. Ill-treatment towards orphans is one of the worst kinds of oppression that is totally prohibited in Islam as Allah Almighty says in the glorious Quran:

‘Therefore, do not put pressure on the orphan.’

The Arabic word for orphan is Yateem. Any child (male or female) who has no father or whose father has died or who has lost his both parents and the child has not reached the age of puberty is classified as a Yateem in Islamic Jurisprudence. Whereas as per modern and commonly known definition, the term ‘orphan’ refers to the children who lose their parents before reaching the age of 18. So, in this sense, the word ‘orphan’ itself does not fully match the genuine meaning of Yateem. It is estimated that 6.5% of the total number of children in the world are orphans.

There is no doubt that an orphan segment is supported by all the religions; even by those who do not believe in any religion. But Islam is the only religion that has extensively talked about orphans in the glorious Quran and the blessed Ahadees. The word ‘Yateem’ has been mentioned more than 20 times in the glorious Quran, highlighting the significance of the most marginalised segment of society. The Holy Prophet صَلَّى اللّٰهُ عَلَيْهِ وَاٰلِهٖ وَسَلَّم was also an orphan as he lost his father before his birth, then lost mother and grandfather at a very early age. He himself experienced the sufferings faced by an orphan, and then there came a time when he brought a great comfort to orphans in the form of Islam, providing them their own rights like others. The Blessed Rasool صَلَّى اللهُ عَلَيْهِ وَاٰلِهٖ وَسَلَّم has stated: Whomsoever passes his hand over the head of an orphan to please Allah Almighty gets a virtue in return for every hair that his hand passes over. Moreover, whosoever does good to an orphan boy or girl, I and he will be like this in Paradise (he صَلَّى اللهُ عَلَيْهِ وَاٰلِهٖ وَسَلَّم said this after having joined his two fingers). (Musnad Imam Ahmad, vol. 8, pp. 272, Hadees 22215)

Severe warnings have also been mentioned regarding those who deprive orphans of their shares of inheritance and those who usurp their wealth. Thus, Allah Almighty has said:

‘Those who consume the wealth of orphans unjustly, they are only filling their bellies with fire.’

It is also stated in another blessed Hadees, ‘Four types of people are such that Allah Almighty will neither make them enter Paradise nor make them experience its blessings. One among them is also he who unjustly usurps the wealth of an orphan.’ (Al-Mustadrak, vol. 2, pp. 338, Hadees 2307)

Thus, Islam has laid great emphasis on uplifting the lives of orphans. Now we must ponder over what role we should play in helping and serving these souls living around us. It is also equally important to educate our societies about the noble act of caring and protecting the orphans.

The 15th night of Sha’ban-ul-Mu’azzam, commonly called Shab-e-Bara’at,
Read Article
Humans are in need of mutual help in order to live their lives. Buying, selling and trading is one practical example of this help.
Read Article 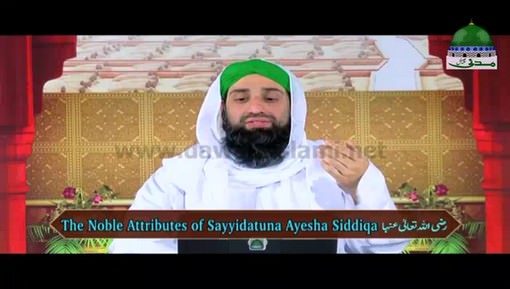