Shirk (Polytheism) Its Types And Forms 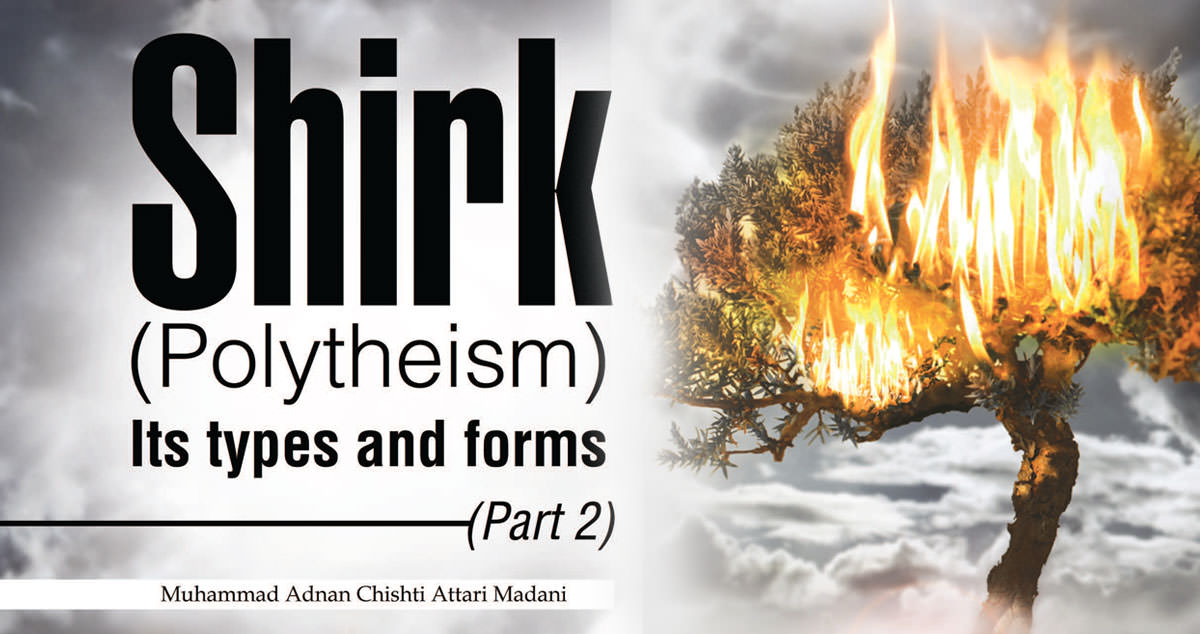 Shirk (Polytheism): Its types and forms

In terms of whether or not Shirk is perceptible, it has two types:

Committing Shirk Jali, even for a moment, immediately makes a person unbeliever. As for Shirk Khafi, there is no doubt that its perpetrator is sinful, although he will still remain a Muslim and not become a Kafir (disbeliever). There is a clear distinction between Shirk Khafi and Shirk Jali, and they have separate definitions and rulings. Believing Shirk Khafi to be Shirk Jali is utter ignorance and injustice, and it fuels mischief.

Shaykh Abdul Haq Muhaddis of Dehlwi رَحْمَةُ الـلّٰـهِ عَلَيْه, writes under the commentary of a Hadees: ‘In summary, there are two types of Shirk: Jali and Khafi. To worship idols is open Shirk. The one who performs actions for other than Allah also covertly performs idolatry, as it is said, ‘کُلُّ مَا صَدَّکَ عَنِ اللهِ فَھُوَ صَنَمُکَ’ ‘Everything that turns you away from Allah Almighty is your idol.’ (Ashi'a-tul-Lam'aat, vol. 4, p. 272)

Why is showing off Shirk Asghar?

A Mushrik (polytheist) desires to please his false deities through worship, and the one showing off intends to perform worship to accomplish his false objectives, i.e. please people. It is for this reason that the one showing off is a Mushrik of the lower degree, and his showing off is Shirk of a lower degree. The belief of the open Mushrik is corrupt, whereas the belief of the one who shows off is not corrupt, rather his action and intention are spoilt; this is the reason that showing off has been deemed as the lesser or smaller Shirk. (Mirat-ul-Manajih, vol. 7, p. 144, summarised) It can be said that Shirk I’tiqaadi (polytheistic belief) is clear Shirk, whereas Shirk ‘Amali (Shirk in action) is to show off.

Focussing on the essence of Shirk makes one thing very clear; its foundation is built on equating something or someone to Allah Almighty. So long as someone is not equated to or considered like Allah Almighty, there is no Shirk. On the Day of Judgement, it is this equating that the disbelievers will speak of about their idols in the following way:

‘By Allah, we were indeed in open error.’ ‘Since we took you equal to the Lord of all the worlds.’

This equating has numerous forms

Equating to the being of Allah Almighty refers to considering anyone other than Him to be God or like God. This is also called شِرک ِفی الذَّات [Shirk fi al-zaat]. Allah is one, and He has no partner. He Himself states:

Furthermore, it is stated in Surah al-Ikhlas:

‘He has no children, nor is He born from anyone.’ ‘And there is no one equal to Him.’

Do you know of any other of the same name as His?

‘Allah Almighty also has no partner in His names, and this is because although the disbelievers and polytheists would call their idols ‘god’, they too would not apply the word ‘Allah’ for something.’ (Al Lubab fi ‘Uloom-ul-Kitab, vol. 13, p. 102)

Declaring someone else to have partnership in those actions of Allah Almighty that are specific to Him is called شِرک ِفی الْاَفْعال [Shirk fi al-af’aal]. For example, granting prophethood and Messenger ship to someone is the action of Allah Almighty, as He states:

Allah chooses the Messengers from the angels (e.g. Jibra’eel, etc.) and from men. Indeed, Allah is All Hearing, All Seeing.

For this reason, to believe that anyone other than Allah Almighty grants Prophethood is Shirk in action.

Believing there to be a partner in the commands of Allah Almighty or equating the command of anyone other than Allah to His command is called شِرک ِفی الْاحکام [Shirk fi al-Ahkam]. The Glorious Quran states:

And He does not associate anyone in His command.’

To learn about the remaining types of Shirk and to gain other beneficial knowledge, refer to part 3, entitled 'This is not Shirk', in the next edition.