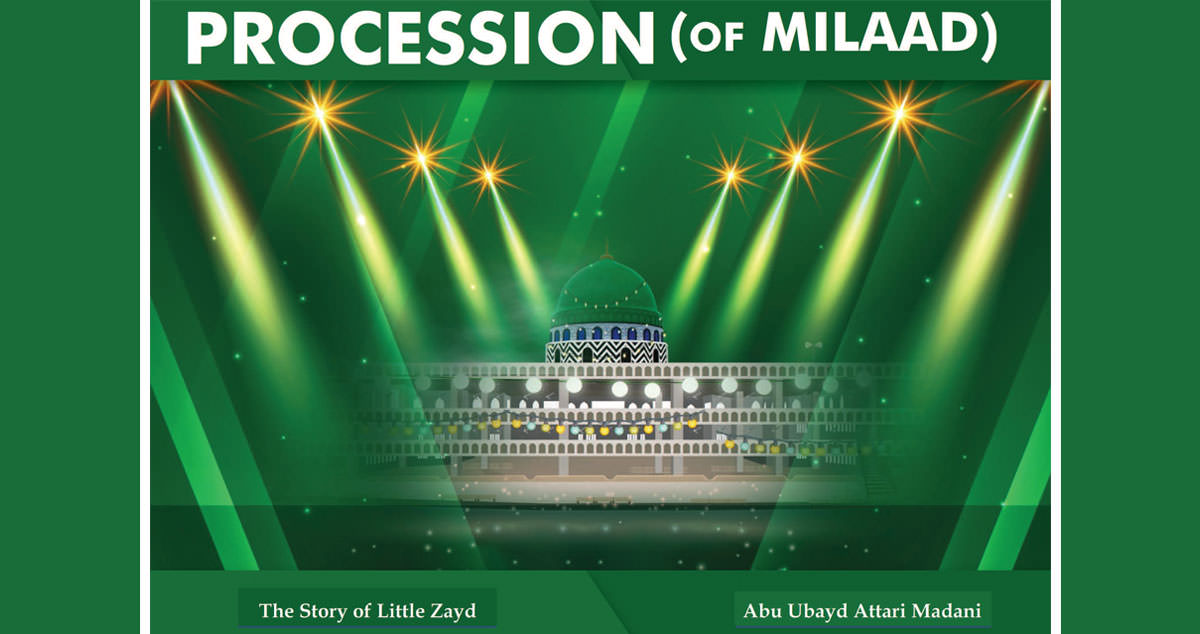 The Story of Little Zayd

After performing the Asr Salah, little Zayd was returning from the Masjid with his father when suddenly he said to his father: ‘Dad, do you know! Today at school, my friend Saleem was saying that it will be the 12th of Rabi’-ul-Awwal after two days.’

‘Yes son! What your friend has said is right. It actually will be the 12th of Rabi’-ul-Awwal after two days.’

After entering the house, little Zayd went straight to his Grandmother and after giving her Salam, said: ‘Grandma! Dad has said that he will take me to the procession on 12th of Rabi’-ul-Awwal.’مَاشَــآءَالـلّٰـه! That is a very good thing, but what will you go there and do?’

When Grandmother asked, little Zayd replied: ‘Grandma! You know there are other children there too, people distribute sweets, chocolates and biscuits to these children.’

Grandmother then asked: ‘And what else happens there?’

Grandmother then asked: ‘Won't you fall sick by eating so many things?’

Little Zayd said: ‘Hey! I didn't even think about that, you tell me Grandma! Shouldn't I go to the procession with Dad then?’

Grandmother explained to little Zayd: ‘You should definitely go to the procession, eat one or two of the things that you receive there but bring the rest home with you and eat from them little by little. In this way, your teeth will not get ruined either and you will stay healthy too. But here, I will tell you an important matter. You should not go to the procession because you will receive so many things there.’

Grandmother paused to take a breath and little Zayd immediately asked a question: ‘Then why should we go to the procession?’

Listening to his grandmother's words, little Zayd said whilst nodding his head: ‘Ok, so that’s why we go to the procession. Grandma! I will tell these things you have told me to Saleem in school tomorrow and I will tell him not to go to the procession just to receive things, but to go there and keep reciting Salat upon the Prophet صَلَّى الـلّٰـهُ عَلَيْهِ وَاٰلِهٖ وَسَلَّم.’