Our Society’s Attitude To Crimes And The Real Solution 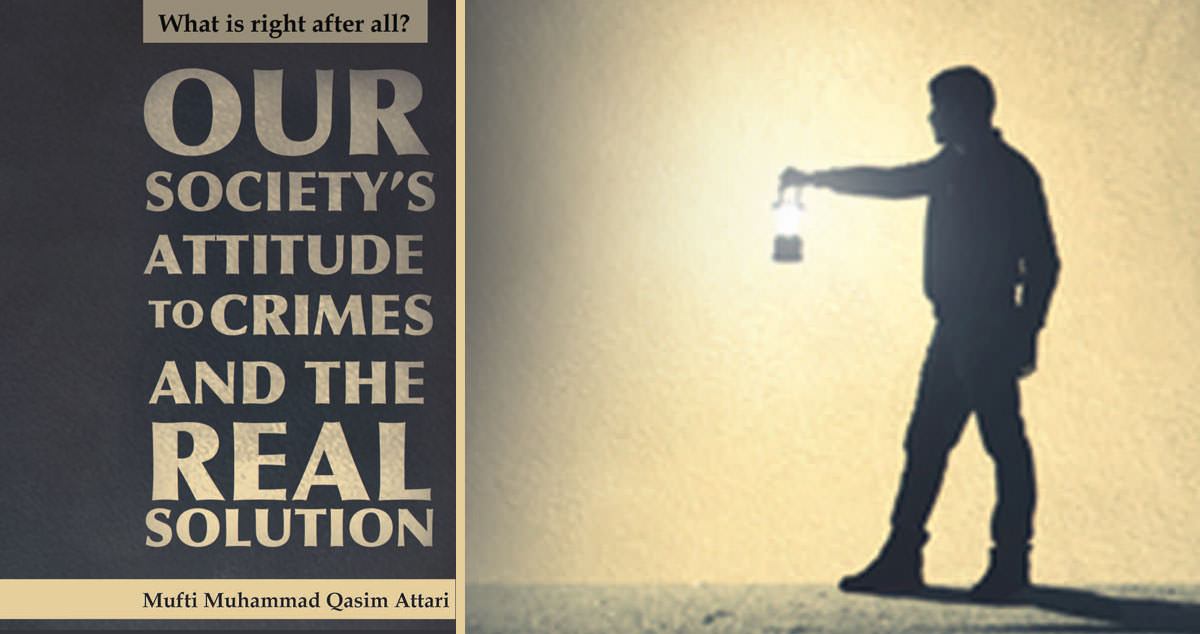 Our society’s attitude to crimes and the real solution

The worsening situation of crime in our country is not hidden from anyone. All one has to do is read the page documenting crimes in the newspaper and it will seem as if our society is making every effort to fall into the pit of destruction. Moreover, these are those crimes which the media have reported; as for those crimes which have not appeared in newspapers, their number is far greater. However, sometimes a serious crime is committed that causes a great uproar in the newspapers, media and the public, but then after a few days, everything returns to normal. All the passionate discourse concerning serious and infamous crimes give the impression that there will be no repeat incident. However, after only a few days, a worse crime than the previous one occurs, which results in the same old repetitive debates.

On such occasions, instead of focusing on the real causes and finding a proper solution, the types of discussions and articles that one comes across are of secular and liberal minded people who, in order to express their negative opinion of scholars and Islamic teachings, make the religion of Islam and Islamic institutes the target of their attacks and insults. For instance, they may say: ‘There are so many masjids, madrassas, zawiyahs, Hajj and Umrah trips, spiritual guides with disciples and religious gatherings in our country, but despite this, the situation in relation to crimes is very alarming.’ These secular people then extract the concocted conclusion from their speech: ‘There is no benefit in religion and Islamic related things as no transformation takes place in society because of them, and hence they should be abolished.’

This type of speech is nothing more than taking things out of context, using illogical proofs, irrational thinking and showing prejudice and hatred towards religious people. We can present a similar analogy by asserting that in our country, there are more schools, colleges and universities than there are masjids, madrassas and zawiyahs. Moreover, the ratio of school and college students in comparison to students in madrassas is much higher. Likewise, in comparison to the scholars and spiritual guides, who only possess authority to deliver speeches and sermons, the police force that are authorised to implement the law have more authority, are much greater in number and far stronger. Despite all of this, why are there still crimes in the country? This must mean that the schools, colleges, universities and the police force are useless, and hence they should be finished. If the response to this proposal is negative, then so too is the response to the former proposal [regarding closing masjids, etc.].

In society, the education provided by masjids and madrassas is the primary factor for the presence of good, sympathy, uprightness, distinction between halal and haram, consideration for good and bad, fear of Allah Almighty and modesty. This is why those who are associated with masjids and madrassas are scarcely involved in corruption and crimes, whereas those who are educated elsewhere are constantly setting records for corruption and crimes, which we come to know of on T.V. and in newspapers.

There is also another reaction that has been observed in relation to crimes of a severe immoral and sexual nature, which I shall expound on here. Everyone knows that sexual crimes are actually caused and initiated by things that heighten carnal desires, fill the mind with filth and intensify sexual feelings; these are the major causes of sexual crimes. These things are essentially spread by newspapers, images, posters, signboards, programmes, magazines, films and dramas that are replete with immodesty, indecency, nudity and obscenity. However, journalists, T.V. presenters and those who run the media will never mention the real causes. This is because such people earn their income from these fields and jobs and are heavily influenced by secularism, liberalism, and so-called freedom and open-mindedness. Instead, they will make efforts to conceal the real reasons by selecting words from here and there, speaking about unrelated things and mentioning irrelevant proofs. As examples, let me present a few statements and proofs of such over-smart people. Writing on sexual crimes, one individual said the following: ‘The temperature of the earth is gradually increasing; the ice of the two poles is rapidly melting; storms are occurring in the ocean; yet, instead of tackling these issues, we are lost in issues regarding the rulings of women covering their body or face.’ It is as though the author deems it ok for immodesty to spread, for fornication to take place and for gang rape to occur on public highways and yet still not speak of veiling or modesty. In fact, [according to the implications of the author’s writing] we should continue contemplating over thunderstorms and the north and south poles!

Another individual wrote: ‘In a country like ours, where supplications are constantly made day and night for controlling the ego, where supplications are made against immodesty and nudity, where supplications are made to remain abstinent from sins, why is sexual depravity, together with religious extremism, spreading? The answer to this is most likely not known by these outdated analysts and lying, religious charlatans.’ Here, instead of writing against the dramas that pollute thoughts and expose the eyes to immodesty—which are also responsible for teaching how to establish illicit relationships—the aforementioned individual is writing against the one who is striving to prevent immodesty. Then, the ludicrous solution that he proposed was: ‘We can definitely find out the reasons and causes of this through expert psychologists, sociologists and humanists. And, we can identify our perversity, our misguidance and such matters pertaining to the family, the state, humans, nature, society, after the removal of which we can become a good people.’ In other words, [the claim is that] guidance cannot be sought from the perfect religion of Islam, the Holy Quran of Allah Almighty, the sayings of the Prophet صَلَّى الـلّٰـهُ عَلَيْهِ وَاٰلِهٖ وَسَلَّم, the last Shari’ah granted by the Creator of the universe and those who are experts in them, but rather the solution can be gained from those expert psychologists and such others who even forgetfully will not mention any verse, Hadith or religious saying.

Another individual was disseminating claims repleted with unconnected proofs in the following manner: ‘In order to eradicate rape, we need to remove the mindset that says, ‘Why did the woman leave her house at night? Her clothes were inappropriate. Why did she go to watch a film with a friend? Why do these women not sit at home? Why do they speak of immodest things like men?’’ This individual is claiming that rape will only cease when women are given complete permission to leave the house at night, wear skimpy clothing, watch films at night, pointlessly hang out and about with friends, go wherever they desire and speak immodestly.

What amazing proofs! We seek protection and refuge [with Allah Almighty]. This is what is referred to as an irrelevant or inapt reply. Such [absurd] solutions are akin to what an ignorant, uneducated and charlatan [fake doctor] who, whilst mentioning the cure of diseases, states: ‘Diabetes, blood pressure, heart diseases and gallstones will only end when permission is granted for the followings things: for someone diabetic to eat sugary things every day; for someone suffering from hypertension to eat beef karahi daily; for someone with heart diseases to eat trotters and parathas made from desi ghee; and for patients suffering from gallstones to eat rice two times [daily]. [Also, by] Getting rid of the mindset that prevents following such advice.’