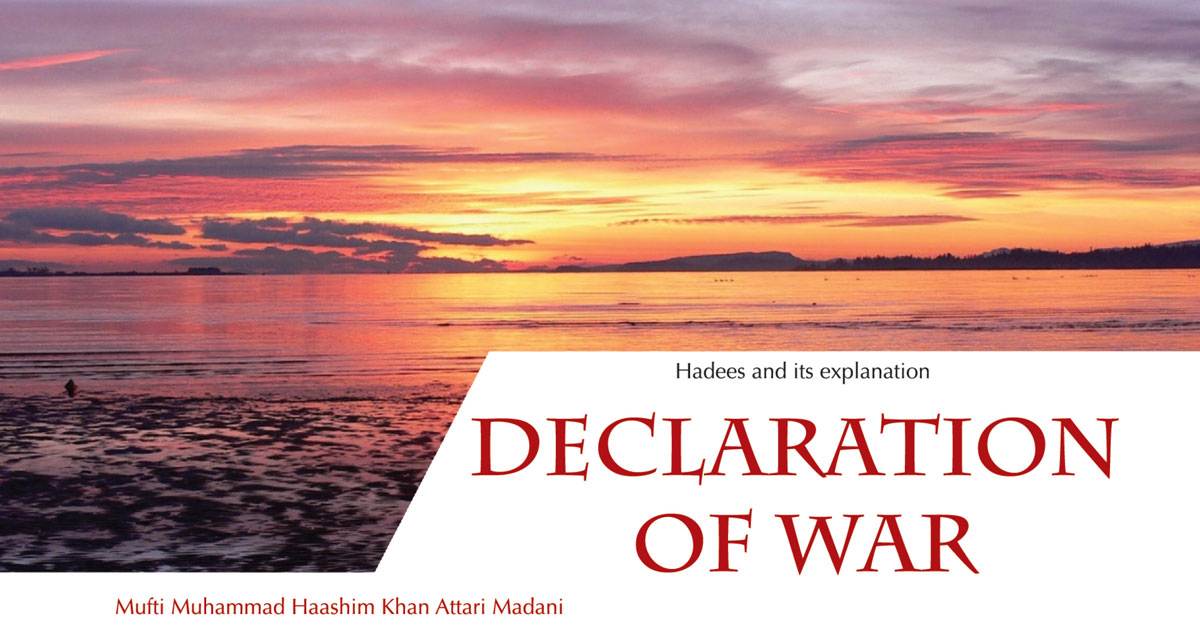 Who is a ‘Wali of Allah عَزَّوَجَلَّ’?

In the Holy Quran, Allah عَزَّوَجَلَّ has mentioned the attributes of His Awliya in these words:

Listen! No doubt, upon the friends of Allah there is neither any fear, nor any grief. (Friends of Allah are) those who have believed and practice piety (by strictly following Shari’ah).

‘Allamah Badruddin ‘Ayni رَحْمَةُ اللہِ تَعَالٰی عَلَيْه has stated, ‘Wali of Allah’ is the person who is the ‘Aalim [knower] of the ‘Being and attributes’ of Allah عَزَّوَجَلَّ, who obeys Allah عَزَّوَجَلَّ all the time and who is sincere in worshipping Allah عَزَّوَجَلَّ.’ (‘Umda-tul-Qaari, vol. 15, pp. 576, Taht-al-Hadees: 6502)

O believers! Fear Allah and give up the remaining usury (owed to you); if you are Muslims. And if you do not act upon this, then be certain of a war with Allah and His Messenger.

Such a dire warning for only these two acts is a sign that both of these acts are very dangerous because, when Allah عَزَّوَجَلَّ will make a war against a person, the person will meet a bad end, as a person making war against Allah عَزَّوَجَلَّ can never attain success. (Mirqat-ul-Mafatih, vol. 5, pp. 41, Taht-al-Hadees 2266)

In the explanation of the Hadees words mentioning what Allah عَزَّوَجَلَّ has stated, ‘I become his ears through which he listens…اِلٰی آخِرِہٖ , ‘Allamah Khataabi has mentioned: It means that I make it easy for My such servant to perform deeds related to the mentioned body parts and I give him Taufeeq to perform those deeds. (Mirqat-ul-Mafatih, vol. 5, pp. 41, Taht-al-Hadees 2266)

Hakeem-ul-Ummat, Mufti Ahmad Yar Khan Na’eemi رَحْمَةُ اللہِ تَعَالٰی عَلَيْه has stated: These words do not mean that Allah عَزَّوَجَلَّ merges into the body of a Wali, such as fire in a coal or colour and smell in a flower, as Allah عَزَّوَجَلَّ is free of [being merged] Hulool, and this belief [of Him doing Hulool] is Kufr [unbelief]. There are some interpretations of these words: First interpretation is that these body parts of a ‘Wali of Allah’ no longer commit sins, and only virtuous deeds are always performed through them. Acts of worship are easy for him, i.e. I am making him perform all the acts of worship. Second interpretation is that the person does not then use these body parts for Dunya [worldly activities]; he uses them only for Me. He sees Me in everything and listens to My voice in every voice. The third interpretation is that he becomes ‘فَنَا فِی اللہ’ due to which Divine powers act in his body parts and he performs such acts which are beyond comprehension.

While being in Kin’aan, Sayyiduna Ya’qoob عَـلَيْـهِ الـسَّـلَام smelt the pleasant smell of Sayyiduna Yusuf’s Qamees [long shirt] which was being brought from Egypt; Sayyiduna Sulayman عَـلَيْـهِ الـسَّـلَام listened to the voice of an ant, being at a distance of three miles [from it]; Sayyiduna Aasif Barkhiya brought the Takht of Bilqees from Yemen and presented it in Shaam [Syria] before the blink of an eye; Sayyiduna ‘Umar رَضِىَ اللہُ تَعَالٰی عَـنْهُ made his voice reach Nahawand while delivering Khutbah in Madinah Munawwarah; with his blessed eyes, the Beloved Rasool صَلَّى اللہُ تَعَالٰى عَلَيْهِ وَاٰلِهٖ وَسَلَّم saw the happenings which will take place till the Day of Judgement; these all are the wonders of this very power. Today, radios and wireless televisions are showing strange wonders by the power of electricity, so who can imagine the power of Noor [light]! Those people should learn from this Hadees who deny the power of Awliya. (Mirat-ul-Manajih, vol. 3, pp. 308)