Islamic ruling on recharging a dish 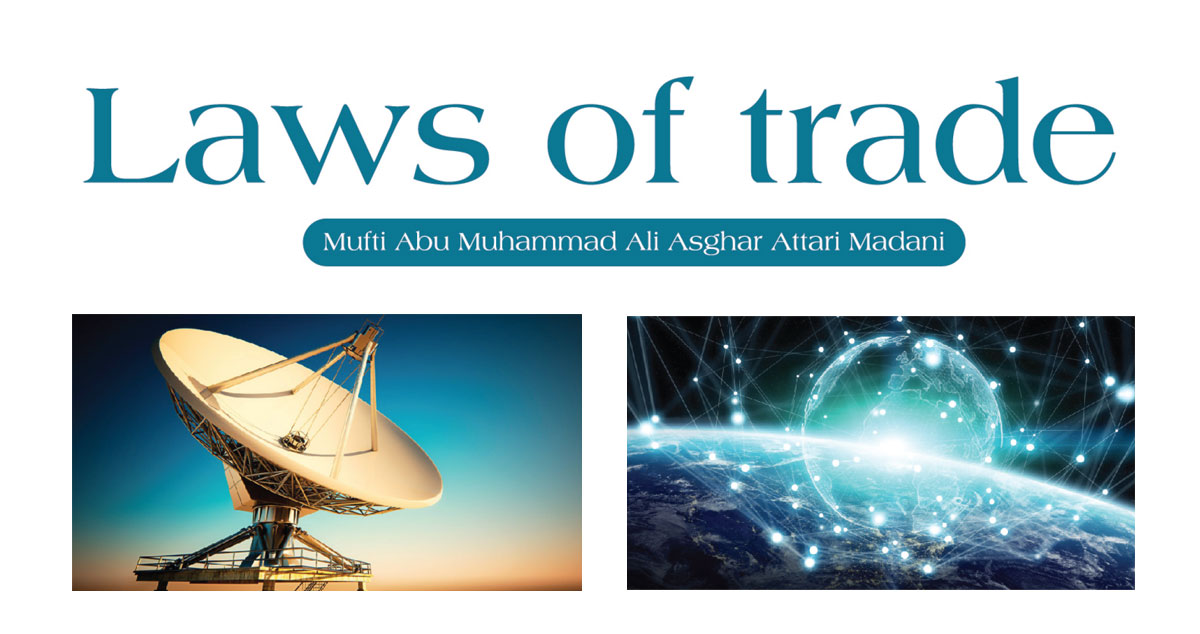 Question 1: What do the blessed ‘Ulama [Islamic scholars] state regarding the following matter: I run a mobile shop, and I would also recharge dishes in the past. Please give me guidance on this matter whether we can recharge a dish [or not]. We get commission on it; if we don’t recharge it, anyone else will do so, so can we recharge a dish? Similarly, please tell us about recharging internet as well because people can misuse internet also; so will it be impermissible to provide the services of internet as well?

The world of channels is huge and this service is provided in different countries of the world in new and different ways. In Pakistan, services of neighbouring country’s drama and movie channels are especially used through dishes by paying monthly charges; otherwise, these channels’ services are suspended. People usually watch these channels through cable, which cable operator supplies to customers after paying the charges himself but the people who watch these channels directly through a dish have it recharged to use this service themselves. In the light of Shar’i rules, this entire activity is based on services. For permissible services, charges are also permissible whereas, for impermissible services, charges and cooperation are also impermissible.

In the aforementioned situation, the person recharging [a dish] for these channels is directly helping in promoting channels which air sinful broadcast. Therefore, it is not Halal [lawful] to earn benefit by recharging any such dish which is based on sins; in fact, this act cannot be permissible even without taking charges because it helps in sins.

Secondly, this act is also illegal in our country, Pakistan, and many such type of channels are not authorised by the government to broadcast in this way. However, the actual reason for impermissibility is the same as mentioned above. Therefore, if law permits such channels, even then, this act will remain impermissible.

As far as internet is concerned, there are thousands of good uses of internet. So it depends on a user how he uses it. One of its examples is television or LCD screen itself as it is permissible to sell televisions or LCD screens in the light of Shar’i rules because it depends on a buyer; if he wishes, he may watch only Madani Channel and nothing else. In this way, it depends on a viewer how he will use it. It means that in this case, “committing of sin” is not certain but in the case where “committing of sin” is certain, there remains no room for relaxation [according to Shari’ah]. The channels which are watched in our country by recharging are based on vulgarity and obscenity, the culture of Kuffar [unbelievers], and immorality. Therefore, “committing of sin” is certain in this case; how can it be permissible to provide help in it directly in any way!

Shar’i ruling on the earnings from a marriage bureau

Question 2: What do the blessed ‘Ulama state regarding the following matter: The people who arrange marriages, i.e. run a marriage bureau, charge a fee for this job. Is it permissible for them to charge a fee?

Fee can be charged for performing Nikah and arranging a marriage, i.e. this job is permissible provided that in this matter, all the Shar’i requirements of “transaction” and “charging fees” are also fulfilled. Usually, marriage arrangers only arrange for two parties to meet each other like real estate. It is necessary in this case that the job has been given to a marriage arranger first and he has also made practical efforts [for it].

Islamic ruling on setting up a newspaper stall

There are two types of newspapers. First type comprises the newspapers which consist of news, and second type comprises those which are called film newspapers and they are basically used to advertise films or impermissible activities. The purpose of buying them is seeing pictures or knowing about films only. The “sale and purchase” of this second type, i.e. film magazines is not permissible. However, news is the basic purpose of that type of newspapers which basically consist of news; therefore, their “sale and purchase” is permissible. As far as the matter that “they contain pictures” is concerned, since a buyer’s purpose of buying them is not seeing pictures but to gain benefit through news which is a permissible benefit, and most part of these newspapers consist of news and information whereas other content is secondary, therefore, according to ‘انما الامور بمقاصدھا’, this job will be declared permissible by considering the purpose, and we cannot declare it impermissible.

Mentioning the ruling on such books which also have pictures, it is stated in Waqar-ul-Fatawa: Selling such books is permissible as it is the sale and purchase of books, not of pictures. However, selling a picture separately is Haraam [prohibited]. (Waqar-ul-Fatawa, vol. 1, pp. 218)

An impermissible form of brokery

Question 4: What do the blessed ‘Ulama state regarding the following matter: A person came to a shopkeeper to sell a pair of birds, for example, expensive parrots. The shopkeeper said to him, ‘OK! Let me keep them in my shop. I will give you twenty thousand from the selling amount and keep the remaining amount myself.’ Is it correct to do so?

In the aforementioned situation, sale and purchase has not taken place between these two people but the customer has made the shopkeeper the Wakeel [representative] for selling parrots. The shopkeeper will now sell the parrots and charge its fee and the fee is Majhool [unknown] in this case because it is not known what will be the selling price; therefore, in the light of Shari’ah, this method is not permissible.