Facing Test is Attribute of Believers 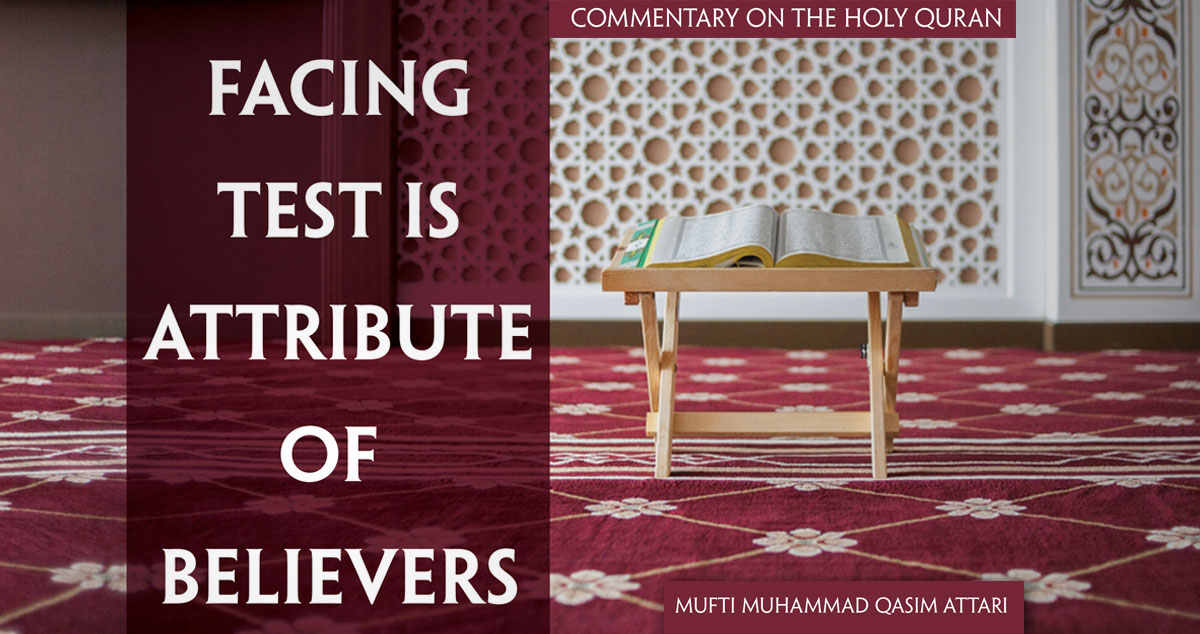 May the People of the trench (of fire) be cursed (who tortured the believers). Those who lit that blazing fire. When they were sitting at its verges. And they themselves are witnesses to what they were doing to the Muslims.

Facing difficulties in life is a fact. Sometimes, it’s a punishment for sins and at times it’s a means of sins being forgiven. Similarly, on occasions, it leads to the elevation of the ranks of the righteous and sometimes it is the test that people are put to. Those with higher ranks are made to face greater tests. This is the reason why blessed Prophets عَلَيْهِمُ السَّلَام who have closeness in the Divine court and are superior bondmen also face tests.

Our Beloved and Blessed Prophet Muhammad Mustafa صَلَّى اللّٰەُ عَلَيْهِ وَاٰلِهٖ وَسَلَّم also had to face many sufferings at the hands of disbelievers in different ways. Similar is the case with those who have high ranks after Prophets. For example, the family members of the Holy Prophet صَلَّى اللّٰەُ عَلَيْهِ وَاٰلِهٖ وَسَلَّم and Sayyiduna Imam Hussain رَضِىَ اللّٰەُ عَنْهُم were subjected to cruelty and brutality. They had to remain hungry and thirsty; sons were mercilessly martyred in front of the father; paternal and maternal nephews and admirers and supporters were also martyred. The great personage who used to sit on the blessed shoulders of Merciful Mustafa صَلَّى اللّٰەُ عَلَيْهِ وَاٰلِهٖ وَسَلَّم was severely injured by arrows and spears and was martyred along with his family members; his head was cut off, اَلْاَمَان وَالْحَفِیْظ. These are different ways of bearing hardships in the Divine path for the pleasure of the Almighty.

The above verse mentions a group of righteous individuals who faced hardships in the Divine path in love for Iman, staying steadfast in it. In other words, Allah عَزَّوَجَلَّ cursed those people who dug out the trenches, lit the blazing fire in them and were sitting on the verges of those trenches and were putting Muslims into the fire as a punishment for embracing Islam. The king was forcing them to renounce Islam and to embrace disbelief. (Madarik-ut-Tanzeel, pp. 1335, 1336, Al-Burooj, Taht-al-Ayah: 4-7)

Incident of the people of trench

Regarding the above-mentioned incident of the people of the trench, Sayyiduna Suhayb Roomi رَضِىَ اللّٰەُ عَنْهُ has narrated that the Greatest and Noblest Prophet صَلَّى اللّٰەُ عَلَيْهِ وَاٰلِهٖ وَسَلَّم has said: In olden days, there lived a king who had a magician. When the magician grew older, he said to the king, ‘I have now grown older. Please send any boy to me so that I will teach him magic.’ Therefore, the king sent a boy to him for learning magic. The boy used to go to the magician taking a path where a monk (ascetic person) also lived. (Every day) The boy used to sit with the monk and listen to him. He liked what the monk said.

One day, a beast blocked the way of people. The boy thought to himself, ‘Today, I will see whether the magician is superior or the monk?’ Therefore, picking up a stone, he said, ‘O Allah! If You like the monk more than what the magician, then let the animal be killed by this stone so that people can go along this path.’ Therefore, as the boy threw the stone, the animal was killed by it. Going to the monk, the boy recounted what had happened. So the monk remarked, ‘O son! Today, you have become superior to me. I can see that you have been blessed with a very high rank. Soon you will experience suffering. When so happens, do not tell my whereabouts to anyone.’ (Afterwards, the prayers of the boy started getting answered).

Those who were blind by birth, lepers and many other patients were cured. One of the companions of the king went blind. When he heard this news, he came to the boy along with a lot of presents and said, ‘If you cure me, I will give all of these things to you.’ The boy responded, ‘I do not cure anyone. It is Allah عَزَّوَجَلَّ Who grants cure. If you believe in Allah عَزَّوَجَلَّ, I will pray to Allah عَزَّوَجَلَّ and He will bless You with cure.’

The king asked again, ‘Is there any other Lord of yours except me?’

He replied, ‘Yes, Allah عَزَّوَجَلَّ is the Lord of mine and yours.’

Listening to it, the king had him arrested and continued to torture him until he told the name of the boy. Then the boy was brought, so the king said, ‘O son! You have gained so much expertise in magic that you are curing even those who are blind by birth and lepers and you are also doing much more besides.’ The boy said, ‘I do not cure anyone. It is Allah عَزَّوَجَلَّ Who grants cure.’

The king had him arrested and dragged the whereabouts of the monk out of him. The monk was brought. He refused to renounce his Iman, so king had a saw placed on to his head and his body was cut into two. The king treated his close companion in the same way. Since the boy also refused to renounce his Iman, the king attempted to martyr him twice [but he failed]. First, an attempt was made to throw the boy from a mountain but the boy prayed and an earthquake occurred. Other people fell from the mountain, meeting their doom but the boy remained safe. Second time, the boy was made to board a ship and an attempt was made to throw him into the sea but, this time too, the boy prayed and the ship capsized. Except the boy, all those on board drowned.

Once again, the boy went to the king and said to him, ‘You will not be able to kill me unless you act upon what I say.’ The king asked how to martyr him, so the boy replied, ‘Gather all people in a plain, crucify me on a date-palm tree trunk. Take an arrow out of my quiver and shoot it at me while reciting ‘بِسْمِ اللّٰەِ رَبِّ الْغُلَامِ’ (with the name of Allah Who is the Lord of this boy). If you do so, the arrow will kill me.’

The king gathered all people in a plain and did as was told by the boy. The boy was martyred. Seeing it, all people embraced Iman and said three times, ‘We have believed in the Lord of this boy.’ (In this way, the plan of the king was foiled). He had trenches dug on the corners of streets and fire was lit. He then issued the order that whoever does not renounce his religion be thrown into the fire. (But people remained steadfast in Iman, therefore,) they were put into the fire. Meanwhile a lady was brought who was carrying a baby. She felt a bit reluctance, so the child said, ‘O mother! Have patience and do not have reluctance, you are a believer of the truthful religion.’ (Then the baby and her mother were also put into the fire.) (Summarised from: Sahih Muslim, pp. 1224, Hadees 7511)

Sayyiduna Rabi’ Bin Anas رَضِىَ اللّٰەُ عَنْهُ stated: Allah عَزَّوَجَلَّ granted salvation to Muslims by removing their souls before they were put into the fire. The fire then swept out through the corners of the trench, burning the disbelievers sitting on the corner of the trench. (Khaazin, vol. 4, pp. 366, Al-Burooj, Taht-al-Ayah: 5)

1     Having patience with sufferings in the Divine path has always been a practice of the pious.

2     Those causing sufferings to the pious are the enemies of Allah عَزَّوَجَلَّ.

3     The saintly-miracles of Awliya [the friends of Allah عَزَّوَجَلَّ] are true.

4     The boys of young age are also blessed with Wilayah [sainthood].

5     The blessing of the companionship of Muslim saints is more effective than that of the acts of worship.

6          The religion whose followers are Awliya is the true religion. 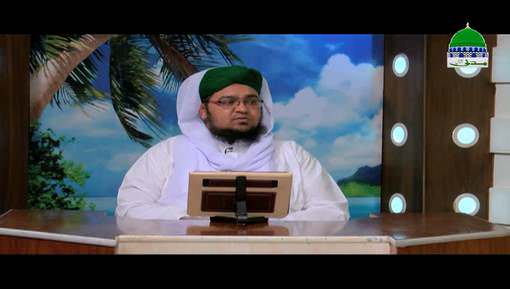 In The Light Of Quran 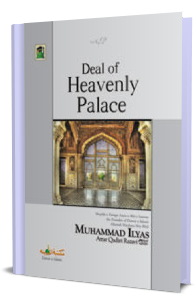