Divine Love and its Signs 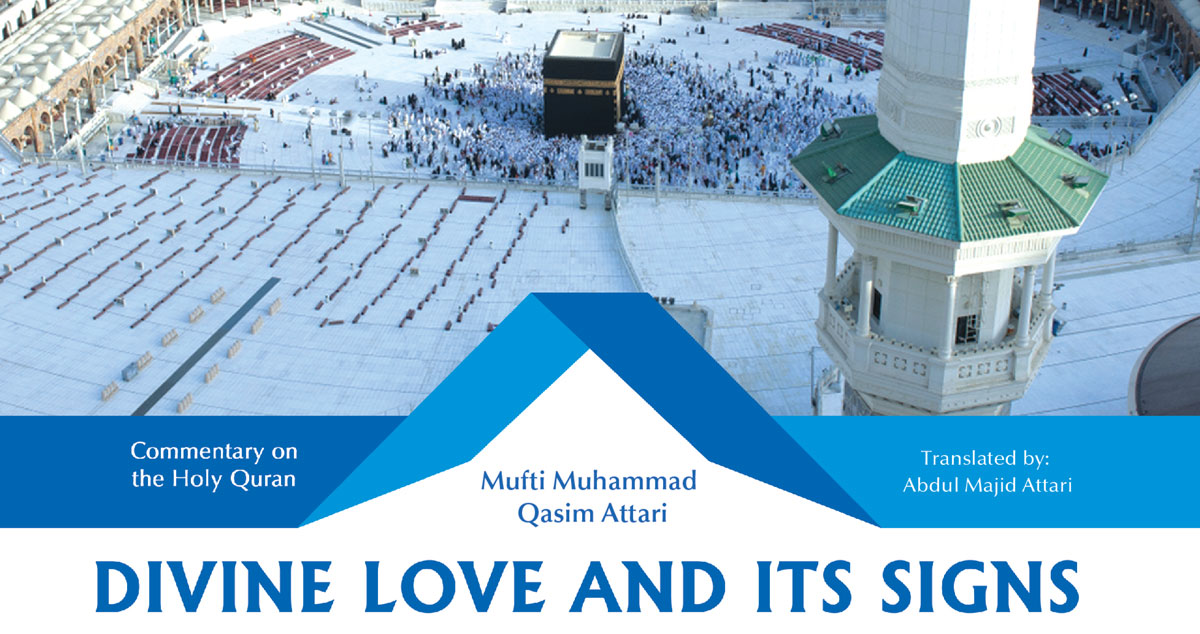 And for the believers, no one’s love is equal to the love of Allah.

The above Ayah shows that believers love the Lord the most, sacrificing everything for this love. They do not sacrifice this Divine love for anything. And when it comes to preferring either Divine love or love for anyone other than Allah, they prefer Divine love, doing what it requires them to do. Indeed Divine love is a great privilege and excellent worship.

A deep study into the Holy Quran and Islam shows that all acts of worship are aimed at attaining Divine love. For instance, regarding Salah, the Holy Quran states:

And establish Salah for My remembrance.

Similar is the situation concerning Zakah and Sadaqahs. Usually, man holds his wealth dear. If he loves the Almighty more than his wealth, then he spends it in the Divine path. The Holy Quran said:

And out of His love, they feed the needy, the orphan and the prisoner. They (the righteous ones) say to them, ‘We give you food, merely for the sake of Allah, we do not seek any reward or thanks from you’.

At another place, it is stated:

You shall never attain righteousness until you spend the thing you love in the way of Allah.

Sawm is also a sign of Divine love. Bearing hunger and thirst is a very clear-cut indication of this pure love. Man sacrifices Halal foods and drinks and carnal desires just for Divine love. A Qudsi Hadees hints at the same fact in these words: ‘الصوم لی وانا اجزی بە’ i.e. Sawm is [observed] for Me and I will give its reward Myself or I am Myself its reward. (Sahih Muslim, pp. 448, Hadees 2708)

Likewise, the entire Hajj-pilgrimage is also a journey of love. A Muslim wears unstitched clothes, moves around the Holy Ka’bah, stays in the plains of Mina, Muzdalifah and ‘Arafat for a specific period of time and then returns. Apparently, one cannot comprehend the wisdom of these actions but, in the sight of a true devotee, these actions are actually different ways of sacrificing wisdom and logic for the purpose of acting upon the commandment of the Beloved Almighty. Therefore, the commandment of Hajj begins with these words:

And performing Hajj of this house, for the sake of Allah, is (an obligation) upon the people.

O my Lord! I have made some of my descendants settle in a valley wherein there is no cultivation, near Your Sacred House.

Despite being abandoned in the deserted place, Sayyidatuna Hajirah رَضِىَ اللّٰەُ تَعَالٰی عَـنْهَا was completely pleased with the Divine commandment as well as with her destiny. How greatly she loved the Almighty can be realized by going through the following narration mentioned in Sahih Bukhari. Having left his wife and son alone, Sayyiduna Ibraheem عَلَيْهِ السَّلَام began to leave. At that time, Sayyidatuna Haajirah رَضِىَ اللّٰەُ تَعَالٰی عَـنْهَا asked him over and over again, “Why are you leaving us here alone?” But he did not give any reply. At last, she asked, ‘Is it the commandment of Allah?’ He عَلَيْهِ السَّلَام answered in the affirmative [i.e. yes]. So Sayyidatuna Haajirah رَضِىَ اللّٰەُ تَعَالٰی عَـنْهَا said a very faith-refreshing sentence, ‘All right, Allah Almighty will save us from being ruined.’ (Sahih Bukhari, vol. 2, pp. 424, Hadees 3364)

The father was prepared to slaughter his son in obedience to the Divine commandment and the son was also prepared to get his neck slaughtered with a knife. سُبْحٰنَ اللّٰە Is there anything else greater than it which a bondman can sacrifice for the Divine love?

Another sign of Divine love is to love worshipping the Almighty Who is the Real Beloved of the bondman. The Holy Quran mentions that the beloved bondmen of Allah عَزَّوَجَلَّ stay awake at nights and stay away from beds, sacrificing their sleep, comfort and rest for the purpose of praying to Him and worshipping Him. Allah عَزَّوَجَلَّ has said:

They used to sleep less during the night. And used to seek forgiveness in the latter part of the night.

At another place in the Glorious Quran, it is stated:

Their sides become detached from their beds and they call upon their Lord, fearing and hoping.

At one more place in the Holy Quran, it is stated:

And those who spend the night prostrating and standing for their Lord.

Eager to meet the Real Beloved Almighty, these close bondmen of Allah stay awake at nights, performing Sajdahs and Qiyam and praying to Him. Of course, it is very difficult to do so without a sincere and overwhelming feeling of love.

Love for worship includes love for reciting the Holy Quran, making Zikr, offering Salah and all other righteous deeds. Similarly, shedding tears while listening to the pure and blessed Word (Holy Quran) revealed by the Real Beloved Almighty is also included in it. It is stated in the Holy Quran: ‘And when they hear that, which was revealed to the Messenger (Prophet Muhammad), so you see their eyes overflowing with tears because they have recognised the truth.’ (Part 7, Surah Al-Ma`idah, Ayah 83)

Similarly, having Kalam [conversation] with the Almighty in the form of reciting the Holy Quran at night in seclusion is also included in it.

They recite the verses of Allah during parts of the night and they prostrate.

Likewise, making Divine Zikr in abundance is also a great sign of Divine love. It is narrated: ‘من احب شیئا اکثر ذکرہ’ One who loves anyone also mentions him more often. Therefore, making Zikr in abundance has been mentioned in the Holy Quran repeatedly. Allah عَزَّوَجَلَّ has said:

So remember Me, I shall publicise you.

How the beloved bondmen of the Almighty make Zikr in abundance has been mentioned like this:

Those who remember Allah, standing, and sitting, and lying on their sides.

The Beloved and Blessed Nabi صَلَّى اللّٰەُ تَعَالٰى عَلَيْهِ وَاٰلِهٖ وَسَلَّم would make the Zikr of Allah عَزَّوَجَلَّ all the times. This was his blessed practice. (Sahih Bukhari, vol. 1, pp. 229)

A beautiful blend (combination) of Zikr and worship is Salah. It is the greatest sign of Divine love. The Holy Quran has stated that Salah is not hard for those who are fond of meeting the Almighty. Love makes even a hard task easy. Allah عَزَّوَجَلَّ has said:

And surely Salah is definitely hard, except for those who submit towards Me with the heart. (They are) those who are certain that they are to meet their Lord and to return to only Him.

Having Kalam [conversation] with the Beloved Almighty while present in His court is very great privilege for those having Divine love. This also brings about coolness of eyes [i.e. solace] and comfort. Therefore, the Holy Nabi صَلَّى اللّٰەُ تَعَالٰى عَلَيْهِ وَاٰلِهٖ وَسَلَّم has said: Salah is the coolness of my eyes. (Musannaf ‘Abdur Razzaq, vol. 4, pp. 249, Hadees 7969)

It is also stated: When any of you stand to offer Salah, he whispers to his Lord. Therefore, he should see how he is whispering to Him. (Al-Mustadrak lil-Haakim, vol. 1, pp. 503, Hadees 895)

Ponder! We are also believers and believers love the Lord the most. In the light of the above signs, we should ponder how we are spending our life. How many of these signs of Divine love do we have? 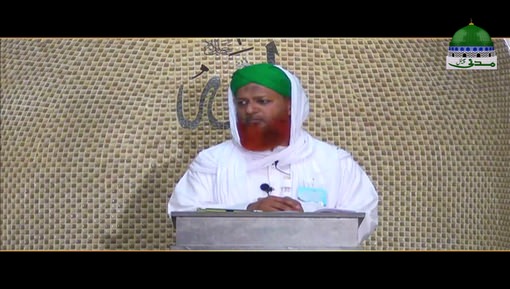