Why was the Holy Quran Revealed? 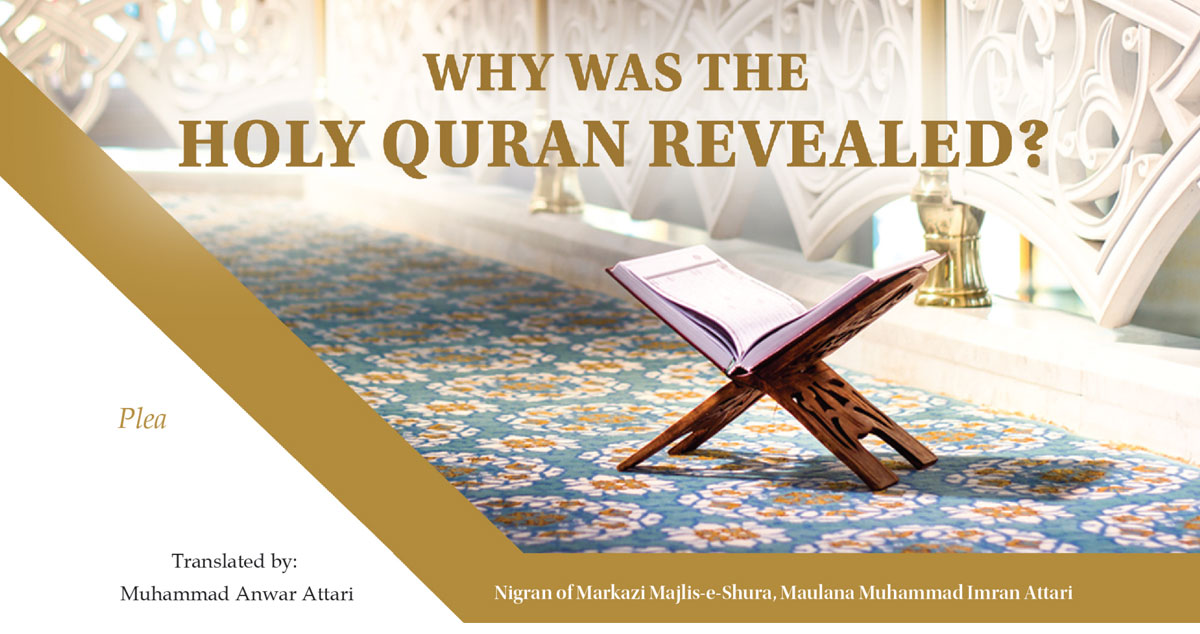 The Holy Quran is the unique Word of Allah Almighty Who is the only One worthy of worship, the only Creator and the real Owner of the entire universe. The revelation of the Holy Quran started in the blessed month of Ramadan and Sayyiduna Jibra`eel عَلَيْهِ السَّلَام was privileged to bring it to the Beloved Rasool صَلَّى اللّٰەُ تَعَالٰى عَلَيْهِ وَاٰلِهٖ وَسَلَّم. During the night of Mi’raaj, some Ayahs were revealed directly. The Holy Quran was revealed approximately in 23 years. Not only the acts of beholding it, reciting it correctly and listening to it, bring about Sawab for Muslims but at the same time keeping the aim of its revelation in mind also holds vital importance.

Why was Quran revealed?

It has been mentioned in many places in this sacred Book as to why it was revealed. For example,

٭ This blessed book has been revealed so that people fear the torment given by Allah Almighty through it.

٭ They can get rid of unbelief, misguidance and ignorance. (Part 13, Surah Ibraheem, Ayah 1)

٭ They can be conveyed the commandments, promises and warnings given by Allah Almighty.

٭ People can get advice by pondering over this pure Book. (Part 23, Surah Saad, Ayah 29)

‘Allamah Ismail Haqqi رَحْمَةُ اللّٰەِ تَعَالٰی عَلَيْه has said: The purpose of the Books of Allah Almighty is not only that they should be recited in sequence, but we should also act upon the teachings they contain. (Though there are many virtues of recitation, however) it can be explained like this that when a king sends a letter to one of the rulers of his kingdom in which he commands him to get a palace built in such and such a city, but the ruler does not get a palace built as per the king’s order, though he reads the letter daily. Now when the king reaches there and does not find the palace, so obviously the ruler will deserve to be reproached or rather punished because he despite reading the order of the king did not act upon it. So the Holy Quran is like the same letter in which Allah Almighty has commanded His bondmen to act upon the pillars of Islam such as offering Salah and observing Sawm, etc. If bondmen only recite the Holy Quran but do not act upon the commandment of Allah Almighty, their act of only reciting the Holy Quran will not benefit them in a real sense. (Ruh-ul-Bayan, Al-Baqarah, Taht-al-Ayah: 64, vol. 1, pp. 155; summarised)

Remember! This thing has been mentioned in order to persuade [people] to act upon Quranic commandments. However, there are many virtues of only reciting the Holy Quran.

Commandments of the Holy Quran and our habits

Everyone should think whether or not they are acting upon the aims for which the Holy Quran has been revealed. In the Holy Quran, Muslims have been commanded to offer Salah, observe Siyam of Ramadan and pay Zakah, but today majority of Muslims do not offer Salah. There are a number of Muslims who are offering different excuses for not observing Fard Siyam. In the Holy Quran, Muslims have been prohibited to use someone’s wealth by evil and impermissible way, but today almost every impermissible way prevails among Muslims in order to collect money. In the Holy Quran, Muslim women have been commanded to stay at homes and observe purdah, but nowadays besides non-observance of purdah being widespread, there are some Muslims who are calling the act of woman observing purdah to be an obsolete way of thinking and narrow-mindedness. In this sacred book, people have been forbidden to commit fornication, drink wine, disobey parents, but today a large number of Muslims are busy committing these Haraam acts.

Where are those Muslims?

With the exception of some specific and small number of Muslims, where are the Muslims who know what things are Halal and what things are Haraam as per the Holy Quran, who know Islamic manners, who tremble with Divine fear when listening to the blessed Ayahs of Allah Almighty, whose body parts tremble with Divine fear and whose minds and hearts are overpowered by the luminosities of the Holy Quran? As long as Muslims strictly followed the rules of this sacred book, they dominated the world and non-Muslims feared from them, but since they stopped following the commandments of the Holy Quran, so apparently they feel they have respect in the world but in reality, they have been facing and suffering disgrace and humiliation.

One of the most unfortunate things is that if a person who is acting upon something wrong is advised, so sometimes he makes a wrong reply. Some even say: After learning a few things you have started advising us!

Today the condition is that very nice and beautiful copies of the Holy Quran are kept in almirahs in a Masjid, whereas they are placed in houses and shops for attaining blessings. They are also covered with silk covers, but we do not recite, understand and act upon them and as a result, the layer of dust has stuck to these almirahs and silk covers. In fact, the dust has not stuck to these almirahs and silk covers, but rather it has stuck to the hearts of the Muslims who have this attitude towards this sacred Book. Those who do not act upon the commandments of the Holy Quran not only suffer worldly loss, but they will also suffer major and huge loss in the Hereafter.

Hereafter loss of not acting upon Holy Quran

The Beloved Rasool صَلَّى اللّٰەُ تَعَالٰى عَلَيْهِ وَاٰلِهٖ وَسَلَّم has said: Quran intercedes and its intercession is acceptable. The one who [acts upon its commandments] keeps it in front of him, it will take him to Paradise by holding him and the one who [violates its commandments] keeps it at his back, it will take him to Hell by urging him forward. (Al-Mu’jam-ul-Kabeer, vol. 10, pp. 198, Hadees 10450)

In this age which is full of Fitnahs [mischiefs], Dawat-e-Islami, by the blessings of Allah Almighty, is busy propagating as per Shari’ah the aims of the revelation of the Holy Quran through Sunnah-inspiring Ijtima’aat, Madani Qafilahs, Madani Channel, Mahnamah Faizan-e-Madinah and many other sources. But our destination is still very far, therefore I request all devotees of Rasool to value the sacred Book of Allah Almighty, recite it correctly and act upon it after getting its correct translation and commentary and also persuade others to do so[1]. May Allah Almighty enable us to act upon the aims of the revelation of the Holy Quran in a proper manner! 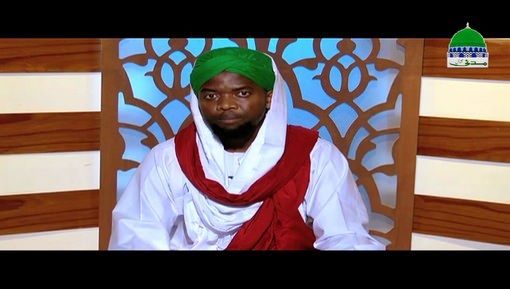 The Importance Of The Holy Quran