Is Religion a Personal Matter of Every Individual

Efforts are being made nowadays to spread the opinion that religion is a personal matter of every individual and we should not speak about anyone’s matter at all. Let people do whatever they are doing; it is a matter between them and Allah Almighty. Therefore, if people go to parks with non-Mahram women or they are indulged in the sins of drinking wine or listening to songs, etc., it is said that we don’t need to interfere in people’s personal matters, we don’t need to explain them and persuade them to correct their character traits. We should pay attention only to our own self.

Regarding this, please understand that giving the mindset to people of refraining from the disobedience to Allah Almighty, explaining them and making efforts is not interference at all; in fact it is a virtuous act. Satan would not like anything more than it that people abandon forbidding others from evil because Satan enjoins evil and wishes that the act of calling people to evil continues and forbidding evil is abandoned. In the name of freedom, open-mindedness, etc., the mindset against forbidding the acts of sins is really spreading around the globe. At first, non-Muslims started having this mindset and they restricted religion to homes by saying that religion is a personal matter of a human and therefore, people may act upon religion to whatever extent they wish in their homes but no one should persuade others regarding religion. In fact, people should be allowed to spend their life as they are spending.

Being impressed by non-Muslims, many Muslims also started having this mindset. For example, a person went to non-Muslim countries for tourism and saw that the one who wishes to offer Salah is offering Salah and the one who wishes to drink wine is drinking wine. The one who wishes to go to Masjid is going to Masjid and the one who wishes to go to gambling club or any other club is going to club. Neither the first person says something to the other nor does the second person say something to the first one. Seeing this, people become very happy thinking that it is such a peaceful environment that every person is focusing just on his own life. Then such observations are proudly and exaggeratedly presented to others but as a Muslim, we will first see what guidance our religion has given us regarding this matter. If drinking wine, immodesty and fornication are becoming common, gambling clubs become frequented, and committing sins become a common practice, then in such circumstances, is it at our own will to either make efforts to stop people from evils or to remain silent at it or is there any specific commandment for us? Its answer is that there are very clear commandments regarding it in the Holy Quran and Hadees. Addressing us as an Ummah, Allah عَزَّوَجَلَّ has stated in the Holy Quran:

(O Ummat of Muhammad) you are the best among all those nations which appeared amongst the people; you command good and forbid evil.

We came to know that enjoining righteousness and forbidding evil is obligatory for the Ummah which must be carried out; it cannot be abandoned. Likewise, at one place [in the Holy Quran], Allah عَزَّوَجَلَّ has stated:

And there should be such a group amongst you who invite (people) towards righteousness, and command that, which is good, and forbid that, which is evil; it is they who are successful.

From these Ayahs, it becomes clear that we do not have the permission that we see evil and close our eyes to it despite having the power to make people understand or to stop it. At abandoning the act of stopping others from evil, Allah عَزَّوَجَلَّ has mentioned severe warnings regarding the previous Ummahs as well. Allah عَزَّوَجَلَّ has stated:

Cursed are those who committed disbelief from amongst the Children of Israel, through the tongue of Dawood, and ‘Isa; the son of Maryam.

One of the sins because of which they were cursed has been mentioned:

They would not prevent each other from any evil which they would commit themselves.

It is as if it was their practice that evils, sins, disobedience, and turning away from the commandments of Allah عَزَّوَجَلَّ were all common over there but they would not feel embarrassment at it. Everyone was engrossed in his own life and would say: I will pay attention to my own self; I don’t need to interfere in the personal matters of others. The other person himself is answerable for his deeds; he will be laid in his grave and I will be laid in mine, but Allah عَزَّوَجَلَّ has mentioned the same practice of theirs as their sin: ‘كَانُوْا لَا یَتَنَاهَوْنَ’ They would not prevent each other; ‘  عَنْ مُّنْكَرٍ فَعَلُوْهُؕ’ from any evil which they would commit themselves. It means that evils were common in that society but they would not forbid those evils and this very practice of theirs became the reason for being cursed by the two Prophets of Allah:

\Likewise, at another place in the Holy Quran, Allah عَزَّوَجَلَّ has mentioned the crimes of the priests and monks of Bani Israel which explain why they faced Divine wrath and why Allah عَزَّوَجَلَّ cursed them. In the list of their crimes which has been mentioned, it has been stated:

Why do their priests and monks not forbid them from speaking sinful words and consuming that which is unlawful? Undoubtedly they are doing extremely evil deeds.

It was Divine wrath for them that why their ‘Ulama-e-Zaahir, i.e. Fuqaha [Islamic jurists] and ‘Ulama-e-Baatin, i.e. monks, priests and Sufis did not forbid their nation from ‘قَوْلِهِمُ الْاِثْمَ’ speaking sinful words, ‘وَ اَكْلِهِمُ السُّحْتَؕ-’ and consuming that which is unlawful. What was “consuming that which is unlawful”? It was the same that Riba [interest], bribe, treachery, adulteration, and deception were common practices in the nation. They would not discriminate between Halal [lawful] and Haraam [unlawful]. Secondly, what were “sinful words”? It was the same that telling lies, backbiting, false accusation, verbal abuse, and using foul language were common practices amongst people but their priests and monks were silent, and resultantly, they faced Divine wrath.

Therefore, our religion has not permitted us to behave such indifferently that no matter if immodesty is spreading, and the rights of Allah عَزَّوَجَلَّ and the rights of people are not being fulfilled, but acting according to the yearning for liberalism, people say: Religion is the personal matter of a person, we will completely remain silent in this matter and we don’t need to persuade them to correct their character traits; we should pay attention only to our own self. This mindset is not an Islamic mindset at all; in fact, it is contrary to the explicit teachings of the Holy Quran and Hadees. May Allah عَزَّوَجَلَّ make us a true preacher of Islam. 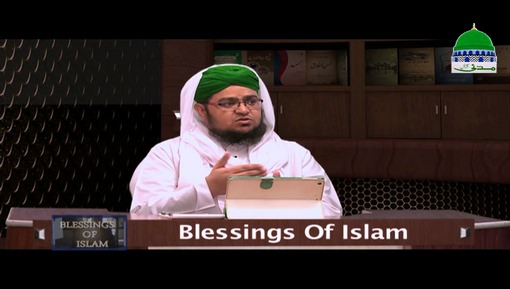