In this article, we explore the reasons why so many of us do not utilise our time effectively or waste the few and precious moments that we have. Read it carefully and reflect on yourself. After all, people with common sense are always evaluating themselves and improving.

1. Not having a timetable

Without proper time management and scheduling in place, tasks can pile up on us, causing a lot of stress and preventing us from completing any single one satisfactorily. We can learn about organising our time from the Sunnah.

* For the worship of Allah Almighty.

He would then split his personal time for himself and the public. When engaging with people, he would elaborate on the teachings of Islam, resolve their problems, and guide them in all matters of faith and life. He would favour people of virtue who could disseminate his teachings and teach their respective communities. Such people included leaders, early converts to Islam, and the pious and devout. and divide his time according to the given religious needs. Thus, they were given permission to ask anything that would benefit the Ummah, and he صَلَّى الـلّٰـهُ عَلَيْهِ وَاٰلِهٖ وَسَلَّم would explain the rulings respectively.[1]

Likewise, Sayyidunā ʿAbdullah ibn Masūʿd رَضِىَ الـلّٰـهُ عَـنْهُ chose the day of Thursday to give advice. Once, a man said, “I wish that you preach TO us daily.” He replied, “The only thing which prevents me from doing so is that I do not want to bore you. No doubt, for your ease, I have chosen a suitable time to preach to you just as the Prophet صَلَّى الـلّٰـهُ عَلَيْهِ وَاٰلِهٖ وَسَلَّم did with us for fear of making us bored.”[2]

A timetable is only effective if you prioritise your activities. Start with the most important. Time is also wasted in not stipulating the correct amount of time for every task. Both religion and intellect require us to prioritise matters of greater importance.

The significance of what our pious predecessors saw as “important work” can be seen from this incident. Sayyidunā Rabīʿ ibn Khuthaym رَحْمَةُ الـلّٰـهِ عَـلَيْـه tied a horse worth 20,000 dirhams and went to pray. A thief appeared, untied the horse, and took it away. He did not become worried or anxious. People offered him consolation and then asked, “Why did you not chase the thief?” He replied, “I saw the thief take the horse, but I was busy with something more important than the horse.”[3]

Although it was permissible for him to break the prayer in this case, this noble man prioritised an act of piety and something significant. It is mentioned in the first volume of Bahar e Shariat, page 637:

If there is a fear of incurring even one dirham’s worth of damage to something belonging to you or another, such as milk boiling over; meat, vegetables or bread burning; or a thief running away with something worth a dirham; it is permissible to break the prayer.[4]

3. Not learning from the experiences of others

Learn from the mistakes of others and avoid following their course of action when you know that they failed to reach the desired outcome. If people have achieved success through experimenting in different fields, you should read about them, listen to their advice and gain benefit from their experience. Rather, research the prominent figures in your field of interest. If they have documented or spoken about their studies, research and experiences, take benefit from them. Take lessons from the experiences of your elders, such as teachers, scholars, businessmen, one’s grandfather or father. There is an adage in Arabic:

4. Trying to do everything yourself

Splitting a task into smaller, achievable steps will allow you to do more in less time. Harness delegation skills: nothing is completed to a good standard if you try to do everything yourself. So, delegate some tasks to others, as is the Sunnah of the Prophet صَلَّى الـلّٰـهُ عَلَيْهِ وَاٰلِهٖ وَسَلَّم.

When the trenches were dug during Expedition of the Khandaq, the workload was shared amongst the Companions رَضِىَ الـلّٰـهُ عَـنْهُم. The Prophet صَلَّى الـلّٰـهُ عَلَيْهِ وَاٰلِهٖ وَسَلَّم also participated in digging. Similarly, when it was time to cook food during a trip, the Prophet صَلَّى الـلّٰـهُ عَلَيْهِ وَاٰلِهٖ وَسَلَّم divided the tasks and took the responsibility of gathering wood. In summary, splitting up a task saves time and effort.

“It is from the beauty of a person’s religion to leave that which does not concern him.”[5]

It is true that the value of health is known to the sick, and the value of time is known to those who have become busy. How can people who are free value the importance of time? Refrain from engaging in pointless discussions and actions and spending time in company where this is common. Ibn al-Jawzī

Knowingly and unknowingly, time is wasted throughout the day. It is often the case that after waking up, instead of getting out of bed, many people stay in bed for a long time. A lot of time is spent in the bathroom. Much time is spent in eating. Too much time is spent standing in front of a mirror. Hours of the night are wasted in meaningless chats in restaurants. Hours are lost in snacking and debating politics and sports. It is difficult for these habits to be fixed. It is said regarding such people: “It is easy to awaken the one who is sleeping, but it is difficult to wake up those who are awake.”

Deferring today’s work to tomorrow results in nothing being accomplished on time. It is deception to think, “I will do it tomorrow.” Someone has rightfully said: “The word tomorrow is not in the vocabulary of the wise person, whereas the schedules of fools are filled with it.” You will find many unsuccessful people say: “We wasted our life in pursuit of ‘tomorrow’ and ended up digging our graves with our hands.”

Laziness is the disease of the age and the source of failure. It is imperative to rid ourselves of this because it leads to irresponsibility, which is detrimental. Rid yourself of the deadly trio: laziness, excuses, and procrastination, and you will see immediate blessings in your time. To live a successful life, complete things straight away. Instead of casting difficult tasks to the side, consider them a challenge and complete them as soon as possible. Perhaps even reward yourself after each task to keep yourself motivated.

The universe with its remarkable system is truly awe-inspiring. Despite its complexity, every mechanism in nature

Take yourself to account, because those who learn lessons from their past make the best of their present and future.

Without proper time management and scheduling in place, tasks can pile up on us, causing a lot of stress

Allah Almighty has blessed man with innumerable blessings. Hence, it is stated in the Quran:

Every breath and moment of life is a valuable pearl. However, most people are unknowing of how to use it correctly and effectively.

aThe “loss” of mankind is that life, which is their most valuable asset, is continuously deteriorating. 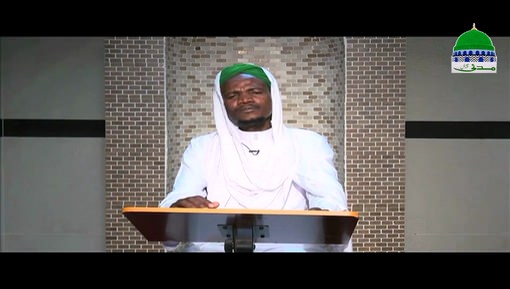