Question 1: What do Islamic scholars and honourable Muftis state about the following issue? A person says that it is not necessary for a pregnant woman to observe fast. She is exempt from fast. Is this what Shari’ah says?

Answer: It is not correct for that person to exactly say this. The actual ruling is that it is permissible for a pregnant woman to miss a fast in such a case when there is a real danger of the loss of her own life or her baby’s life. Even in such case, it will be permissible for her only to the extent that she should not observe fast at present time, but she will have to offer its Qada later on.

Warning: It is not permissible by Shari’ah to tell Shar’i rulings without knowledge.

What do Islamic scholars say about taking more money than Mahr in case of Khula’?

Question 2: What do Islamic scholars and Muftis state about the following issue? Zayd’s wife Hindah asks for divorce from him without a Shar’i permission. Zayd wants to take back from Hindah all the expenses he covered in the marriage in return for giving Hindah Khula’. Is this correct for Zayd to get it or not? Whereas these expenses are more than the amount of Mahr given to her and Zayd does not commit any injustice to Hindah?

Answer: In Shar’i terminology, Khula’ means for a husband by his own will to separate his wife from Nikah in return for Mahr or for some other wealth. Acceptance by the wife is also a condition in it. If the husband commits any injustice, it is Makrooh [for him] to take anything in return for Khula’ in general, and if the wife commits any injustice, it is Makrooh (for the husband) to take back more than the given Mahr (in return), but if he still takes more than that, it is permissible according to Qaza.

Therefore, if the inquirer is true in his statement, Zayd can take as much amount back as he has given in Mahr, and taking more than that is Makrooh. However, if he takes more, it is permissible according to Qaza. Also keep in mind that without a Shar’i reason it is impermissible, Haraam and a sin for a woman (wife) to ask for Khula’.  وَاللہُ اَعْلَمُ عَزَّوَجَلَّ وَ رَسُوْلُہٗ اَعْلَم صلَّی اللہ علیہ واٰلہٖ وسلَّم

Question: What do the Islamic scholars say regarding the following matter: In front of which people must

Q.1: What do the Islamic scholars say regarding the following: 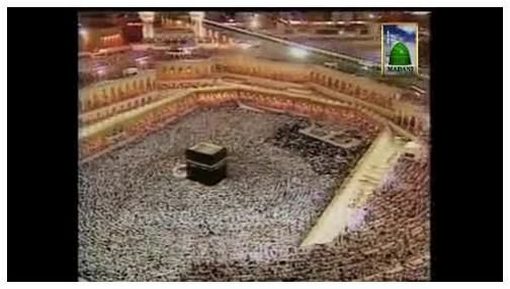 Blessings Of Ramadan Ep 23 - The Itikaf Of Islamic Sister