A New Form of Investment With A Aoldsmith 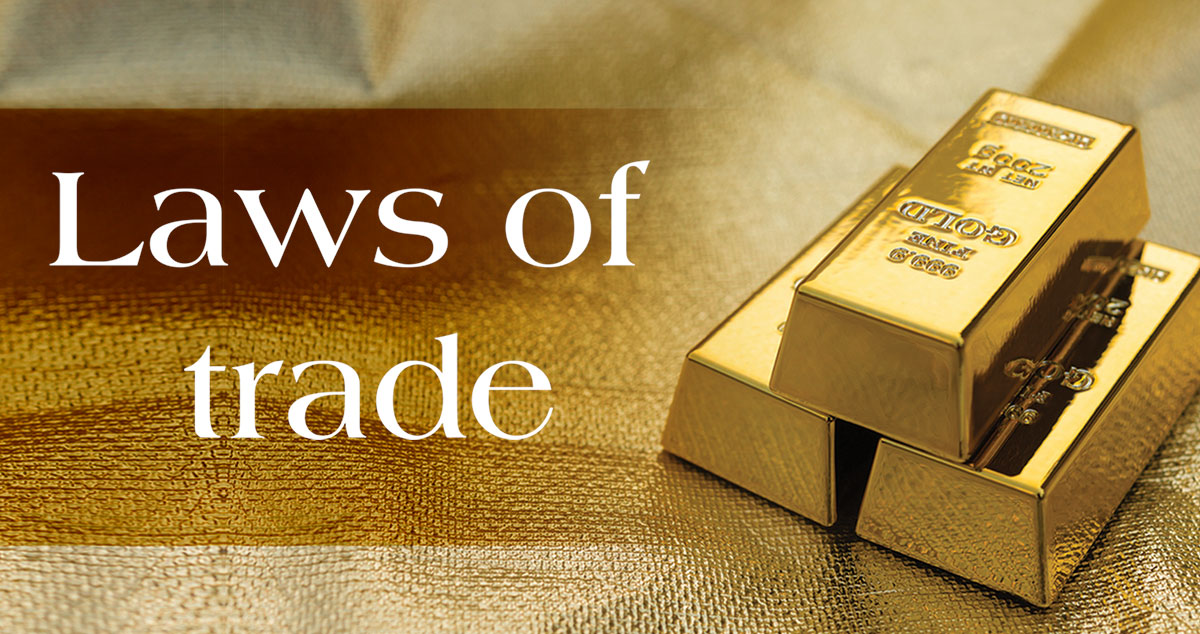 A new form of investment with a goldsmith

Question 1: What do the blessed ‘Ulama state regarding the following matter: I conduct gold business. Some people come to us for investment and invest in the following way: For example, we earn a profit of 2500 rupees on 1 Tola[1], so they ask us to invest their 1,000,000 rupees for six months. They ask us to bring the items and sell them by ourselves and give them a profit every month according to 2500 rupees. The question is: ‘Should such person deliver items to us and should we give him his amount of money and profit after a month; or should we bring items monthly and give him profit every month?’ What is its permissible method?

The case mentioned in the question employs an impermissible method but it will become permissible if corrected in the light of the rules being mentioned below.

In the case asked in the question, if you do not invest money but only carry out work and the other partner invests money, it is Mudarabah [مُضاربة] as one partner invests money and the other carries out work. Even though the entire shop belongs to you, buying gold from these 1,000,000 rupees and then selling it will mean that two people are working according to Mudarabah in this small piece of work separately. There are generally many rules and laws of Mudarabah but in view of the case asked in the question, following are some important rules:

First rule: Mudarabah can be restricted to some months such as [one can state that] the deal is being made for six months or a year. Moreover, Mudarabah [contract] can also be ended before it because whenever a person works in partnership with someone else, making calculations depends on their mutual understanding; they may make calculation every month or every week; they will make calculation at the time which they fix. Sometimes, earning profit every month is possible but at times, it is possible that no profit is earned.

Second rule: In the case asked in the question, the shopkeeper conducts his own business as well. Therefore, it is necessary that a separate book [for record] should be maintained for the business which is conducted from the investment of an investor and its calculation should be made separately, not involving the other items of the shop. Many people collect money from an investor but then pay their debt from it or spend it on some other purposes, and give profit out of their own pocket to please the investor. It also happens that they purchase items with the amount of an investor but do not keep a record of profit and loss, and give profit to the investor through approximation, either a fix profit or by increasing or decreasing [the profit] at their own will. Both of these methods are impermissible.

Third rule: Keep it also in mind that if you fix the duration of six months and make Mudarabah contract with an investor, it can still be extended because it is possible that the items still remain in the shop and are not sold when the time period of six months come to an end. Therefore, you will wait for the remaining items of the last deal to get sold and then you will end [Mudarabah]. If you wish to continue [the Mudarabah contract] further, you may do so, and you may end it if you wish.

Fourth rule: The profit will be fixed according to a ratio, i.e. the shopkeeper will keep such and such a percentage of profit and the other partner will keep such and such a percentage of profit. In Mudarabah, it will not be fixed that a person will get such and such an amount of profit on such and such amount of Tolas such as fixing a profit of 2500 rupees on one Tola as stated in the question; in fact, it is the responsibility of a Mudarib [مُضارِب] – the person carrying out work after taking investment – to bring items and sell them. Both the partners will divide the profit earned through this trade according to the ratio they have mutually fixed.

A number of people do not even know what profit is. For this very reason, sometimes in a Mudarabah contract, the investor claims that he is getting nothing and sometimes the person carrying out work complains that he needs income to manage his household.

When the work will be carried out after the beginning of Mudarabah and items will be purchased and then sold, it will be checked after deducting the expenses if the amount of money is more than the cost price of the items; if it is so, the additional amount will be called a profit. If the expenses are more and the amount of money comes out to be equal to or less than the cost price of the items, it will not be said that a profit is earned.

In such business, it is necessary to keep record of every single thing so that taking it into consideration, it can be decided whether a profit has been earned or not.

Islamic ruling on making the statement, ‘It is not even its cost price’

Question 2: What do the blessed ‘Ulama state regarding the following matter: What is the Islamic ruling on making this statement while selling items during sale and purchase, ‘it is not even its cost price’, although the seller purchases it in less than the stated amount? Is it permissible or impermissible to sell an item in this way?

This act is based on a lie and is impermissible. If a person does not deceive others, for example, although he has told a lie in stating the cost price but sold it at its market rate and it is not even Bay’ Murabahah[2] [بیعِ مُرابَحَہ], in such trade, sale and purchase is permissible and the income is also Halal [lawful]; but the evil and condemnable act of telling a lie has been committed. However, if a person also deceives others such as he has stated, ‘The price of this item is 1000 rupees’, whereas its market value is 500 rupees, so the acts of telling a lie and also deceiving others are found in this case, then Huqooq-ul-‘Ibaad [the rights of people] will be violated by deceiving others and it will have an effect on the income as well.

[2] Bay’ Murabahah – Telling the price at which the seller has purchased something and also all the expenses regarding it, and then selling it after adding an amount of profit to it is known as Murabahah. (Bahar-e-Shari’at, vol. 2, pp. 739) 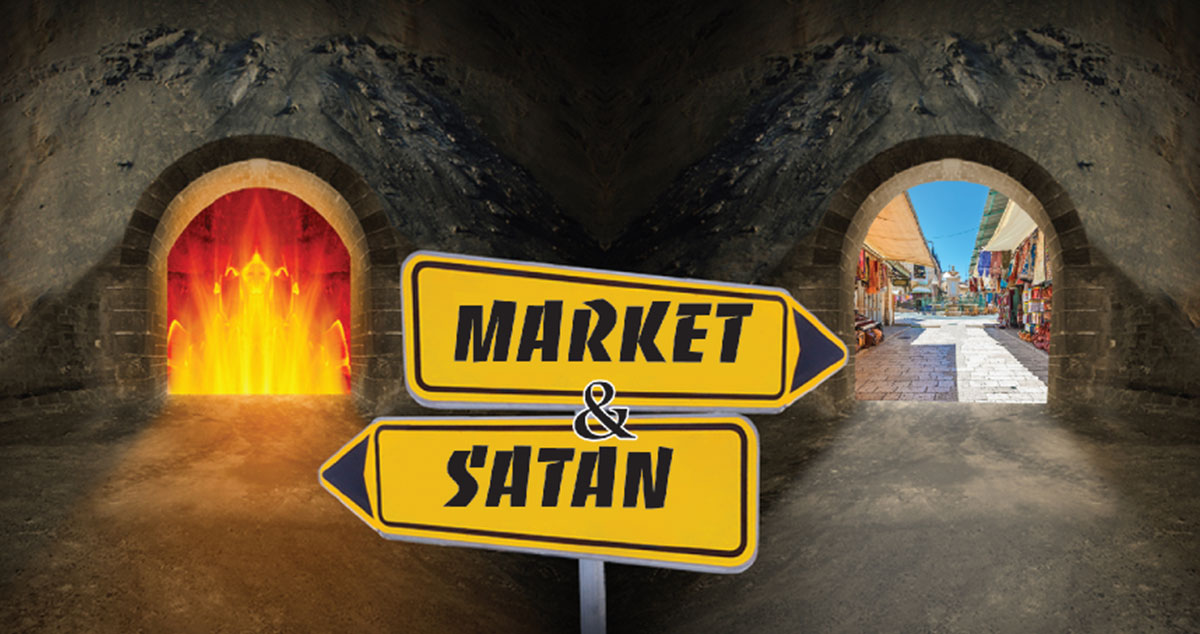 Though going to markets in search of livelihood has been a blessed habit of our pious predecessors but most of the traders’ dealings are based on falsehood in markets, even they swear false oath. Evil practices such as cheating, treachery, adulteration and various other wrongdoings are widespread in markets. Due to the corrupt activities and malpractices of traders, a market has been pronounced to be the worst part of the earth in blessed Hadees and the visit of a market unnecessarily has been conveyed to be a bad act.

Here Sajdah (for Satan) refers to obeying him wholeheartedly because people obey Satan in a market by telling a lie, swearing false oath, cheating and deceiving. It is for the reason, Satan mostly stays in the markets as the angels mostly stay in Masajid so those who firmly stay in Masajid, angels are their companions; similarly, those who firmly stay in markets have the company of Satan. We can say in this way too: One who enters Masjid for performing acts of worship attains blessings from Allah عَزَّوَجَلَّ whereas one who enters a market unnecessarily surely beholds Satan and becomes his neighbour.

‘Allamah Najmuddin رَحْمَۃُ اللہِ تَعَالٰی عَلَیْہِ  further stated: The way Satan remains present in a market, he also remains present at every that place where sale and purchase is made hoping to entice the parties to indulge in lying, cheating and deceiving and the deal takes place impermissibly (against Shari’ah) he enjoys these wrongdoings because Satan becomes happy on human’s mistake.

The Beloved Rasool  صَلَّی اللہُ تَعَالٰی عَلَیْہِ وَاٰلِہٖ وَسَلَّمَ  said, ‘O group of traders! Satan and sin are present at the time of purchase and sales, so mix your purchase and sales with Sadaqah (i.e., give donation after the deal).’ (Sunan-ut-Tirmizi, vol. 3, pp. 4, Hadees 1212)

It is for the reason sale and purchase have been prohibited in Masjid. (Husn-ut-Tanabbuh lima Warada fit-Tashabbuh, vol. 6, pp. 96 to 98)

The purpose (of above mentioned blessed Hadees) is that no matter how careful one becomes, he utters something useless, lying or swearing a false oath, so, people must keep giving Sadaqah and charity as Sadaqah extinguishes the Divine wrath. Traders generally keep donating money to the poor especially on Thursdays. This very Hadees is a source of this act (and giving) Sadaqah is a great act of worship. (Mirat-ul-Manajih, vol. 4, pp. 245)

This does not mean that one keeps swearing false oaths, indulges in lying and cheating and then he starts giving Sadaqah thinking that sins will be forgiven. Remember, committing sin is not allowed under any condition.

Who does Satan accompany in a market?

It is stated that Satan says to his follower ‘Zalanboor’ [زَلَنْبُور]: Take your armies and go to the market people and present lying, false oath, cheating, deception and treachery adorned in a beautiful way and accompany the person who enters first and exists last from the market.

Reward for going to market with good intention

Remember! If any person enters and exits a market early and late with this intention that he would fulfil the need of any Muslim or humiliate Satan by making Zikr in the market and he does not also miss his Salah with Jama’at (congregation) then it is a good deed because deeds depend on the intentions and it is a fact that entering the market is a Mubah (permissible) act; if a good intention is added with it, this act will become an act of worship. (Husn-ut-Tanabbuh lima Warada fit-Tashabbuh, vol. 6, pp. 102)

May Allah عَزَّوَجَلَّ grant us Taufeeq (ability) to enter a market as per need with good intentions.

Q: What do the scholars of Islam say regarding the following matter: some developers launch housing societies

Q: What do the noble scholars say about the following matter: Is it permissible to sell the file for a plot of land?