The final Messenger of Allah صَلَّى الـلّٰـهُ عَلَيْهِ وَاٰلِهٖ وَسَلَّم has stated:  Save yourself from lying because it leads one towards sin and sin leads towards the Hellfire. A man will continue to lie and he will pursue his lie to the extent that, in the court of Allah Almighty, he is recorded as a great liar.[1]

What is a lie?

For a matter to be contrary to its reality is called a lie.[2]

Lying, due to its terrible outcome and evil consequence, is known as the root of all evils. As a by-product of lying, the door of slander opens. From slander, hatred is born. From hatred, enmity is established; peace and serenity can never be found for the one who possesses this trait.[3]

A believer cannot be a liar

In other words, a believer may be cowardly or stingy naturally as these defects do not oppose faith. However, being a great liar; a persistent liar and a habitual liar is against the signs of a believer.[6]

Why is there emphasis on refraining from lying?

A great amount of emphasis has been made to ensure one does not lie because it has many drawbacks in both, this world and the Hereafter. For example: Lying is the worst of the great sins.[7] Lying is one of the signs of hypocrisy.[8] Lying is contrary to faith. [9] When a person lies, the angels stay a mile away from him because of the foul odour it causes.[10]  The beauty and excellence of someone who lies will continue to leave him.[11] According to one narration, the one who lies loses the brightness and radiance of the face.[12] Lying opens the doors to every sin, just as water irrigates the roots of trees. [13] Lying causes the face to darken.[14] On the Day of Judgement, in the sight of Allah Almighty, the liar will be amongst the most disliked people.[15] There is no goodness in lying.[16]

Due to these details, the wisdom behind emphasis found in the Hadith; “save yourself from lying”, has become apparent. Now the second part of the Hadith, “lying leads to sin” will be explained.

Although it may seem like salvation is found in lying, in reality it is destruction. Due to this apparent nature, people will deceive others and then follow up with a lie; leading one to commit multiple major sins. To understand this point further, I will present to you a few examples:

1.   You may have heard phrases such as “It is in the Quran”; “It is mentioned in a Hadith like this”; “One narration mentions…” etc. Some people will provide false references to conceal their ignorance or to present themselves as knowledgeable. Then, they boldly offer their own explanations whilst committing the major sin of slandering Allah and His Messenger.  Sometimes, a lie like this results in the “rejection of the statements of Allah and His Messenger or one of the fundamental beliefs of Islam” and can be the cause of committing the biggest sin of disbelief.

2.   Nowadays, people have become so audacious in their lies to the extent that they are willing to say they are not Muslim just so they can travel abroad. They think that “In our hearts, we are still Muslims. Nothing happens by saying or writing anything like this.”

They do all of this, out of greed to gain a few luxuries of this temporary world and to fulfil worldly desires. Remember! No matter how great the need is, to appear falsely as a non-Muslim (Christian, Jew, Qadiyani, or any other member of a disbelieving or apostate group) is disbelief.

3.   The one who knows a little about medicines; or the one who works in a clinic or hospital and calls himself a doctor; or the one who knows a little about herbs and calls himself a herbalist; or using any other title in a similar way are all considered lies. Giving bribes and committing fraud are a common way of acquiring and maintaining false degrees and qualifications. The consequence of their lies leads to damage of life and wealth.

The epidemic of lying has become so widespread that ignorant and non-practising people associate words like religious scholar etc. to themselves whereas in fact, it is a complete and utter lie. Whilst incorrectly using these religious titles, giving self-made commentaries on the Quran and Sunnah results in ongoing sins such as people being non-practising and misguided.

4.   Some people lie as a joke. Sometimes, this one lie is a collection of many sins. In prohibiting lying as a joke, the Messenger of Allah صَلَّى الـلّٰـهُ عَلَيْهِ وَاٰلِهٖ وَسَلَّم said: “Woe to him who lies in his talk to make people laugh, woe to him, woe to him.”[17]

Lying to make people laugh is always a crime, actually a double crime. However, to appease people, joking and laughing is not a sin as long as it is truthful and falls within the boundaries of Shar’iah.

The meaning behind “he will be recorded as a liar”

The Hadith states that the one who continuously lies will be recorded as a great liar. In other words, a ruling is passed that he is a liar; him being a liar is made apparent to the Angels and this is also made to enter the hearts of the people.

Sayyiduna Malik رَحْمَةُ الـلّٰـهِ عَـلَيْـه reports the statement of Sayyiduna Ibn Mas’ood رَضِىَ الـلّٰـهُ عَـنْهُ: “A black spot appears on the heart of the one who lies and the one who intends to lie, such that his entire heart becomes black. In the court of Allah, he will be recorded as a liar.”[19]

If you have a habit of lying, then stop doing so because the final Messenger of Allah صَلَّى الـلّٰـهُ عَلَيْهِ وَاٰلِهٖ وَسَلَّم has stated: “whoever abandons lying, which is falsehood, a house will be built for him in the surroundings of Paradise.”[20]

May Allah Almighty protect us from the major sin of lying. 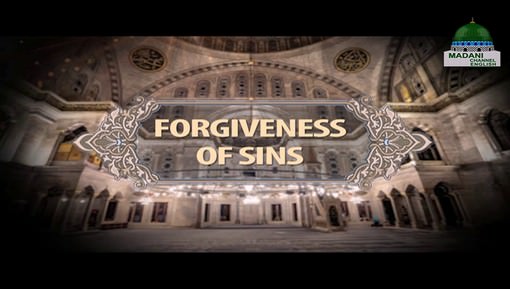 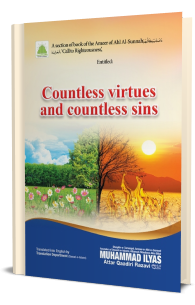