Limbs will Testify on the Day of Judgement

Limbs will testify on the Day of Judgement

It is a requirement of human nature that if a person close to him or an affiliate testifies against him, it is common for him to object, speak against him or to become upset with him. A person can take steps against him in this world, however, he will have no such permission on the Day of Judgement, especially when his limbs testify against him, and when his mouth is sealed. Allah Almighty has mentioned this in the Quran in the following words:

This Day We shall set a seal on their mouths, and their hands will speak to Us, and their feet will bear witness to what they used to do.

Under this verse, Sadr al-Afadil, Syed Mufti Muhammad Na’eem-ud-Din Muradabadi رَحْمَةُ الـلّٰـهِ عَـلَيْـه writes the following in Khaza’in-ul-Irfan: ‘This seal will be placed upon them due to their claims that they were not polytheists and did not reject the Messengers. Moreover, their limbs will speak and mention everything that they did.’

It is stated in Tafseer Khaazin that the disbelievers will deny their disbelief and their rejection of the Messengers, and they will say, ‘We swear by our Lord, Allah, we were not polytheists,’ thus, Allah Almighty will place seals upon their mouths, so that they are unable to speak, and then their other limbs will speak. (Khaazin, Surah Al-Yaseen, under verse.  65, vol. 4, p. 10)

Shaykh-ul-Hadith wat-Tafseer, Mufti Muhammad Qasim Attari مُدَّ ظِلُّهُ العالی writes: “The limbs which a person uses to commit sins will testify against him on the Day of Judgement, and mention all of his actions. One wisdom behind this is so that a person is a proof against himself, just as it is mentioned at the end of a lengthy Hadith narrated by Sayyiduna Abu Hurayrah رَضِىَ الـلّٰـهُ عَـنْهُ that a person will say, ‘O my Lord! I brought faith in You, Your book, and Your messengers, I offered Salah, observed fasts, and gave Sadaqa.’ That person will mention his actions in accordance to his ability. Allah Almighty will say, ‘We will find out now,’ then it will be said to him, ‘We will now send out witnesses against you.’ He will think to himself, ‘Who will testify against me?’ Then a seal will be placed upon his mouth, and it will be said to his thigh, his flesh and his bones, ‘Speak.’ Then his thigh, his flesh and his bones will mention his actions, and this will be done so that he becomes a proof against himself, and this will be that hypocrite with whom Allah Almighty will be displeased.’[1]

O devotees of the Prophet! We should save our limbs from sin and use them in good deeds; the Beloved Prophet صَلَّى الـلّٰـهُ عَلَيْهِ وَاٰلِهٖ وَسَلَّم said: “Make Tasbih, Tahleel and Taqdees necessary upon yourself, never become heedless of this, and count upon your fingers, for they will be given the ability to speak. Meaning, they will testify on the Day of Judgement.”[2]

May Allah Almighty grant us the ability to protect our limbs from sins. اٰمین

Reciting a single letter of this noble speech is rewarded with ten deeds.

If a Wajib act of Salah is forgetfully left out, the compensatory prostrations
Read Article

Moderation refers to being economical and sensible in the way we do things.
Read Article

The term, ‘Hadees’ is understood as the statements, actions, and silent approvals
Read Article 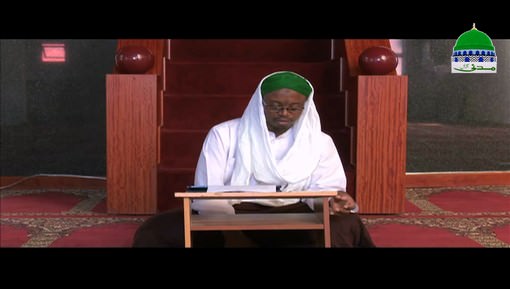 Rights In Islam Ep 12 - Our Limbs And Their Rights 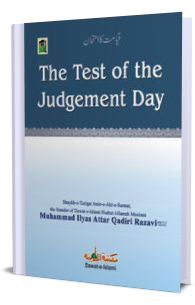 The Test of the Judgement Day