Is it Compulsory for Shopkeeper to take back the Sold Item

Is it compulsory for shopkeeper to take back the sold item?

Question 1: What have respected Islamic scholars ruled on the following issue? Sometimes, after purchasing an item, a customer brings it back to return it to the shopkeeper. Some shopkeepers take it back gladly but some do not. If the buyer brings the item back in order to return it after he has bought it just for the reason that he does not like it, in this case, is it compulsory for the shopkeeper to take it back or not? Please guide us about it.

Is it allowed to use credit card?

Question 2: What have respected Islamic scholars ruled on the following issue? I am a user of a credit card. If I pay the amount to the credit card-providing bank within forty days, no interest is applied. Is it allowed to use this credit card? Does this fall into the category of interest?

Answer: By means of a credit card, the bank provides the card holder with the facility of purchasing things on credit and the bill is immediately paid by the bank to the shopkeeper. The card holder is required to pay the amount to the bank within the predetermined period of time; i.e. thirty or forty days. In case of making the payment within due date, no interest will be applied but, in case of delay in the payment, interest will be applied on a daily basis. At the time of the issuance of the credit card, all of these conditions are accepted by both sides. The credit card is issued only after the acceptance of these conditions.

In the situation mentioned in the question, you have already made an interest-based agreement. At the time of having the credit card issued, you have made an agreement to the bank that you will pay interest in case of delay in the payment. Therefore, willingness to pay interest has been proved, which is a sin. At times, it is observed that people fail to pay the amount within the due date for some reason and, as a result, the bank starts charging interest, which is another sin. The first sin occurred when you signed the form for the purpose of having the credit card made, accepting the condition that you would pay interest in case of delay in the payment. The second sin will occur when you pay the interest money. Sometimes, one gets into such a situation in which he fails to make the payment within due date. Let’s suppose one does not get into such a situation; even then, it is impermissible to have the credit card made. This is because an interest-based agreement is certainly made for this card.

In place of a credit card, you should use a debit card in which you don’t have to borrow money from the bank but rather you immediately pay your own money to the shopkeeper via the bank without making any type of interest-based agreement.

What to do with a bird whose owner is not known?

Question 3: What have respected Islamic scholars ruled on the following issue? A person caught an Australian parrot and clipped its wings. The bird cannot fly now. Giving the parrot to me, he said, ‘You have other parrots at your home. Please keep it as well and free it after its wings grow and become large.’ I kept the parrot with the intention of returning it to him. Now my question to you is, what should I do in this situation? It was a lost bird which he caught. Its owner is not known. What should be done now?

Answer: There are some types of birds that people do not normally keep as pets. If any of such birds flies and comes to somebody’s home; whoever catches it will become its owner. For example, wild pigeons and sparrows fly freely. Normally, no one is their owner. There are also some other birds that fall into this category. Whoever catches them will become their owner. This is a Shar’i ruling. On the other hand, there are some animals and birds that we know are under the ownership of anyone. Similar is the case with the Australian bird that is not an ordinary one. People buy it and keep it as a pet. Mostly, these birds live in cages. This one may have flown because someone may have left the cage open. Now the ruling on “Luqtah” will apply to it. One who finds it must make announcement about it [in search of its owner]. If he finds the owner, he must return it to him. If he does not find the owner and there is a strong presumption that the owner will not be searching it, he must give it to some Shari’ah-declared destitute person as charity. Remember! If anyone catches such a bird intending to keep it himself without intending to give it to the owner, this is Haraam and a sin. The catching person will also become usurper.

It is stated in the book “Bahar-e-Shari’at”: If a person has caught a hawk or an eagle that has a string of tiny bells attached to its feet, showing that it’s a pet; it is a Luqtah and announcement about it must be made. Similarly, if someone has caught a pet pigeon or a deer that has a collar or a necklace around its neck, he must make announcement about it. If he gets information about the owner, he must return it to him. (Bahar-e-Shari’at, vol. 2, pp. 482)

Describing the ruling on Luqtah, a leading scholar of Shari’ah Mufti Amjad ‘Ali A’zami رَحْمَةُ اللّٰەِ عَلَيْه stated: ‘Multaqit [one who has found something that falls into the category of Luqtah]’ must make announcement about the Luqtah in marketplaces, public paths and mosques for as long as it is strongly presumed that the owner will not be searching it now. After this time period has passed, “Multaqit” has the choice whether to save the Luqtah or to give it to some Shari’ah-declared destitute person as charity. (Bahar-e-Shari’at, vol. 2, pp. 482) 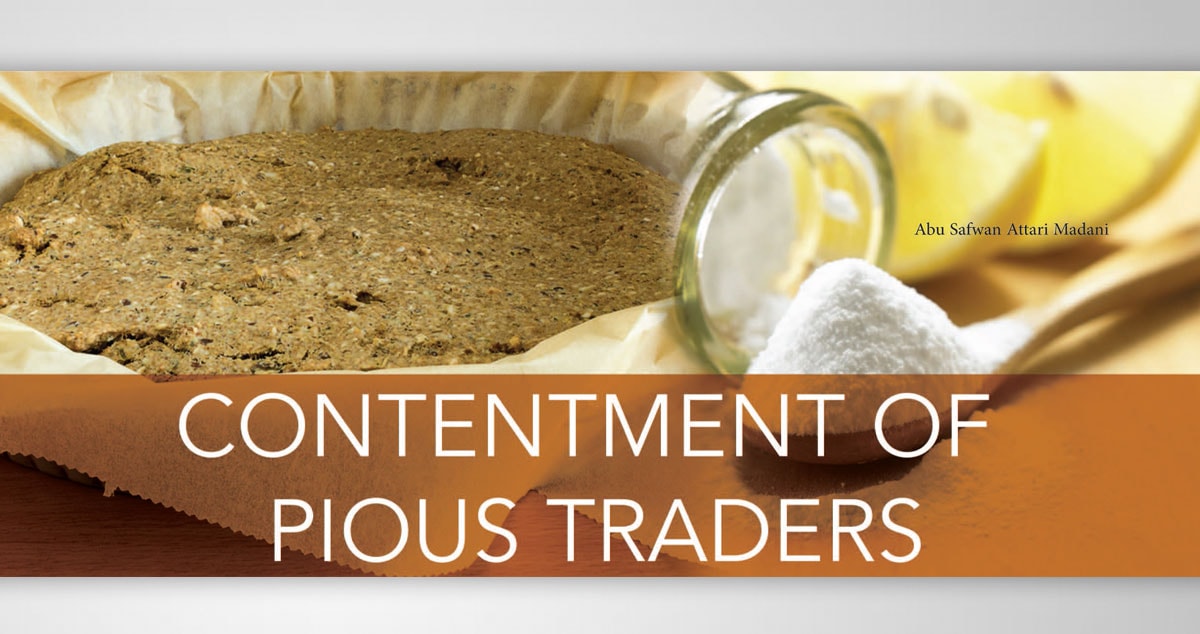 The poor’s share in the wealth of pious predecessors

From the study of the blessed life history of rich pious predecessors رَحِمَهُمُ اللّٰە, one thing that we understand is that despite being rich, they used to live a simple life and help the poor a lot. After helping the poor, they did not use to mention it to them, but rather they used to think that the poor had a share in their earnings and used to be grateful to the poor as the poor used to accept their wealth. They did not use to wish to receive their thanks at all. In the Holy Quran, it is stated amongst the attributes of the pious:

And in their wealth, there was the right of the beggar and the deprived.

[In this blessed Ayah,] the beggar [means] the person who asks people for his need, and the deprived is the one who is needy but does not ask [people] for anything out of shyness. (Khazain-ul-‘Irfan, pp. 960, summarised)

From this blessed verse, it has become obvious that the poor [also] have a share in their [i.e. pious people’s] wealth. Their act of giving does not depend on a beggar’s act of asking. They give to those who beg and also to the needy after finding them who cannot ask for anything out of shyness. (Siraat-ul-Jinaan, vol. 9, pp. 493)

Lest I forget the hungry

It has been narrated about Sayyiduna Yusuf عَلَيْهِ السَّلَام that he would bear hunger by himself though he had treasures of the earth. When he was asked about it, he عَلَيْهِ السَّلَام responded, ‘I fear I may forget the poor if I eat my fill.’ (Husn-ut-Tanabbuh lima Ward fit-Tashabbuh, vol. 3, pp. 37)

Sayyiduna Sulayman عَلَيْهِ السَّلَام was blessed with a unique and matchless kingdom and kingship; wind was under his control; Jinns would obey him; he is the one who got pearls taken out of the sea first in the world; but despite all this, he عَلَيْهِ السَّلَام would be content with barley Roti and thick ground salt. On the other hand, he عَلَيْهِ السَّلَام would feed Bani Israel with the Rotis made of super fine flour or white flour. Nice food used to be prepared in his kitchen [for Bani Israel]. (Husn-ut-Tanabbuh lima Ward fit-Tashabbuh, vol. 3, pp. 36; Siraat-ul-Jinaan, vol. 8, pp. 397; Durr-e-Mansoor, vol. 7, pp. 189, summarised)

Food of the rich

I pray to Allah Almighty to grant us the privilege to perform the acts of worship extensively, live a simple life and help the poor generously along with doing trade.