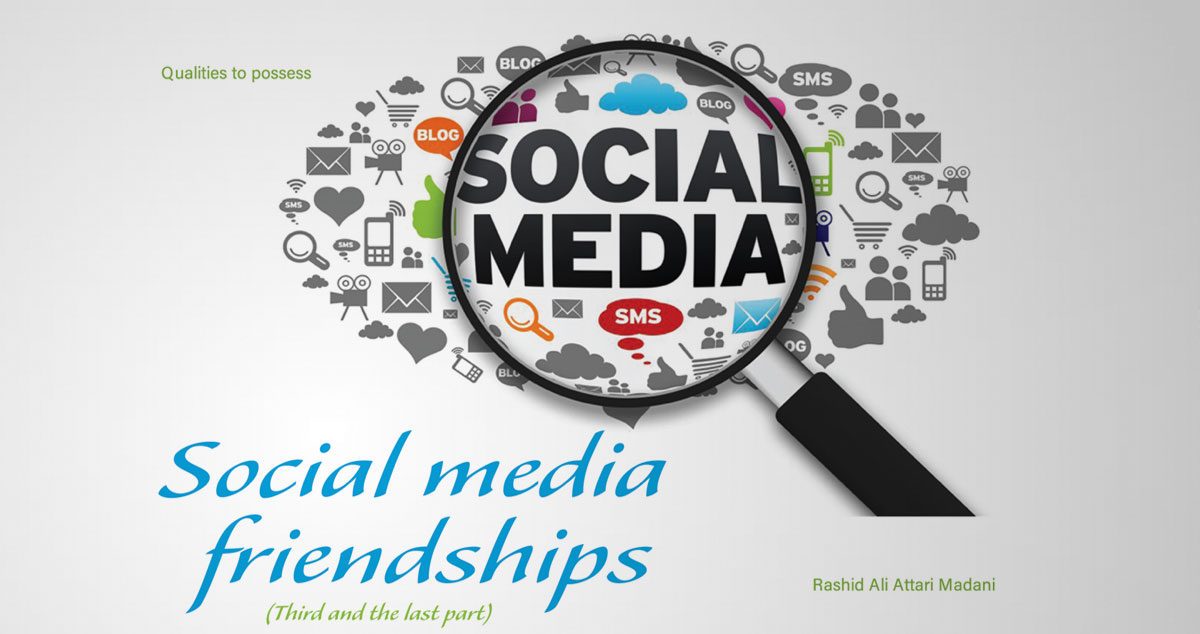 It is said that a friend is a mirror of his friend. Therefore, with the intention of correcting a friend’s shortcomings and bad habits, one should make him aware of them in an appropriate way instead of taunting him. Moreover, it is not at all appropriate that a friend remains stuck in the depths of sins and evils, still no one tries to reform him. Furthermore, supporting him in sinful matters while claiming to be his good friend is nothing else but destruction.

More dangerous than a snake

Bad friendship and bad company not only harm one's worldly life but they are extremely dangerous for Iman [faith] as well. Intellectuals and the wise have declared a bad friend to be worse than a snake, as it is mentioned in the blessed Masnawi:

I.e. Stay away from a bad friend as much as possible, because a bad friend is more harmful than a snake; snake only takes one's life, whereas a bad friend destroys one's Iman [faith]. (Kufriyah Kalimaat kay baray mayn Suwal Jawab, pp. 82)

You are judged from your friend

It is a true fact that all ‘praise and honour’ is due to Allah عَزَّوَجَلَّ alone, but He عَزَّوَجَلَّ has also bestowed honour on us by blessing us with Iman and Islam. We must care about this honour of ours. In the society, a person is judged from his friends, as Rasoolullah صَلَّى اللّٰهُ تَعَالٰى عَلَيْهِ وَاٰلِهٖ وَسَلَّم has said: Stay away from a bad companion, since you will be judged from him. It means: People consider a person to be the same as the kind of people whose company he has. (Kanz-ul-Ummal, vol. 9, pp. 19, Hadees 24839)

Social media and dire consequences of friendships with non-Mahrams

٭   Social media friendship was made and then, a mobile and 65,000 rupees were snatched on the pretext of meeting. (Daily Pakistan, 15 April 2018 Online)

٭   A girl from Hafizabad reached Shujabad to meet a boy after making friendship with him through social media. The boy imprisoned her in his friend’s house and ran away. She cried for help, so the neighbours broke the door, took her out, and handed her over to the police. (Niwa-e-Waqt, 19 February 2016 Online)

٭   An 18 years old boy from Karachi made friendship with a girl from Mandi Bahauddin through social media, and then reached Mandi Bahauddin to meet her. Her brother killed that boy with the help of his friends, and threw him into a stream. (Niwa-e-Waqt, 19 February 2016 Online)

٭   A girl from Gujranwala made friendship through social media with a 22 years old young man from Sialkot. He promised her to take her to a foreign country after getting married; he called her to the house, snatched money, killed her and threw her dead body in the fields. (News one, 19 March, 2017 Online)

Be careful! Be careful! No matter, how greatly religious and Allah-fearing person a strange social media friend appears to be and how great religious content he posts, never ever make a mistake by sharing your personal information with him in any circumstances, whether you are a man or woman, nor make a mistake by meeting him in a park, hotel or restaurant, because there is a grave risk of losing respect, chastity, money, and life, as there are no less than many people like a wolf in sheep’s clothing.

Dear Islamic brothers! If it is still necessary to use social media, follow only those Ulama [Islamic scholars] who are trustworthy and reliable, having correct beliefs. اَلْـحَمْـدُ لـِلّٰـه عَزَّوَجَلَّ, having the passion for reforming the Ummah, “Majlis Social Media” of Dawat-e-Islami has created pages on social media; “like” them and enhance your Islamic knowledge.

Dear Islamic brothers! No one ever becomes a friend by merely stating [to be friends], or by merely shaking hands with someone. Whenever you make friendship with someone, make friendship only for [the pleasure of] Allah عَزَّوَجَلَّ and try to maintain it. Friendship of such friends lasts till the last breath. The one who befriends others for [the pleasure of] Allah عَزَّوَجَلَّ will never be deceptive; but rather he will be a well-wisher of his Muslim brother. A pious and righteous friend is also a blessing of Allah عَزَّوَجَلَّ. The Beloved Rasool صَلَّى اللّٰهُ تَعَالٰى عَلَيْهِ وَاٰلِهٖ وَسَلَّم has stated: المرء مع من احب I.e. (On the Day of Judgement,) a person will be with the one whom he loves. (Bukhari, vol. 4, pp. 147, Hadees 6468) Therefore, a person should always love and make friendship with only pious people. He should also make Du’a to Allah عَزَّوَجَلَّ for it, as Sayyiduna Dawood عَـلٰى نَبِـيِّـنَا وَ عَـلَيْـهِ الـصَّلٰوة ُ وَالـسَّلَام would make Du'a to Allah عَزَّوَجَلَّ: ‘O my Rab عَزَّوَجَلَّ! I ask You for Your love, and [I] ask [You] for his love who loves You.’ (Mustadrik Lil-Haakim, vol. 3, pp. 217, Hadees 3683)

For details about the rights of friendship and brotherhood, read pages 196-240 of ‘Ihya-ul-Uloom’ (Arabic), volume 2; or page-582-693 of volume 2 of the Urdu translation [of this book] published by Maktaba-tul-Madinah.

Before constructing a Masjid, it is a duty to learn relevant Fard knowledge and work within the parameters of Islam.
Read Article
Masjid staff normally comprises of Khateeb, Imam, Mu`azzin and caretaker.
Read Article 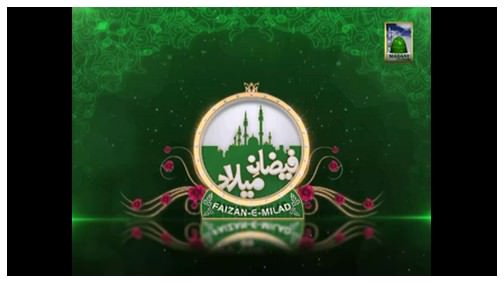